A challenging start to the year

On returning home from the hospital with our new bundle, eager to show him off to his big sister who had been left for the first time ever overnight without either of us we had hoped for a much more exciting reception than what fate had planned for us. You would think having a complex pregnancy, major surgery, a toddler with limited mobility plus a newborn baby might well be enough to comprehend for one family. You would be wrong!

I walked in to greet everyone, took one look at Ariella and I could tell she was not feeling well at all. She had over the last few months been picking up illness after illness, becoming very withdrawn and screaming much more than ever before. The following two weeks were no fun at all, every night we would wake her up to change her sheets which were soiled, as time went on she became more and more distressed at this time. We took her to the GP thinking she must have a stomach bug or virus, it went on for two and a half weeks before her little legs and feet started to swell. I knew that day something was really wrong as Ariella had become very quiet, very sleepy and was vomiting all her food. She went days without having any wet nappies, she even went into the children ward briefly for suspected dehydration but was discharged quickly. That night I was putting her to bed and noticed how unbelievable skeletal her little frame had become, every rib was visible, she looked anorexic and her legs felt puffy to me. The next day I phoned the doctor surgery and explained things were getting worse rather than better Ariella was given an appointment for later in the afternoon. When I tried to put her shoes on to leave they wouldn’t fit on and I knew something was very off indeed, ditching the shoes we headed out the door three weeks post surgery with both children (one strapped to my chest in a sling and the other too weak to move nestled in the side of my arm). I sat with her in the surgery waiting room feeling like we should be in hospital and very much out of my depth, her breathing was very shallow and fast and she was very floppy. This was not how I imagined the first day flying solo to be, J had gone back to work that same day. 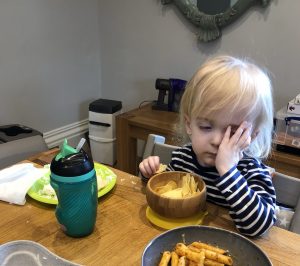 After a throughout exam by a doctor Ariella was sent onto the children ward and didn’t get discharged for seven long days, I was at home with her three-week old brother while her dad stayed by her side. Those seven days felt incredibly extended and during that time Sebastian had changed so much, I wasn’t able to take him into the hospital as he was too small to be on a ward full of very unwell children. The hospital ran a variety of tests from ultrasounds to bloods, tubes to remove air from her stomach as it was incredibility distended. After several attempts to get a cannula in, every single option of a vein had been attempted she was given fluids but we still did not know what was causing her to be so lethargic and swollen. It’s amazing how much time ticks by while you are in hospital, or waiting for tests, waiting for someone to come back with the rest results, waiting to find out if you can go home, waiting for the food trolley. Whereas at home you have a lot of distractions to keep you busy, is no wonder really that patients and their carers become so impatient with such lack of control about their day and frankly future. It feels like having a tiny piece of the path ahead alight for you, but really you want to know where it’s going so you can plan ahead and prepare yourself.

With the results of the tests and a worrying ultrasound showing a bowel issue (that resolved itself but created the need to be transferred up to a London hospital and be prepped for surgery) it was finally agreed that Ariella had “probable” coeliac disease. She started a gluten-free diet in hospital and when she was finally discharged she already seemed much better. It took several weeks for her obsession with food to slowly fade, yet I suppose for several months she would have felt like she was starving it’s no surprise she has become so aware of meal times and snacking. Weeks on her mood is greatly improved, she isn’t screaming at me every few seconds anymore, she’s actually smiling again, her hair although it fell out at first seems to be growing faster, she looks less pale, she’s more able to move around and in general her mobility is progressing again. It’s had a profound impact on us as a family as living with Ariella in her new state is a lot easier, she’s more patient, she’s engaged whereas previously would sit all day in a zombie like state playing with no toys but instead screaming or crying. You might wonder why we didn’t realise sooner, we did but there was always an explanation for the various issues raised. Her stomach was distended, not unreasonable given her weak core. It was only when she began losing weight that I started to feel perhaps Ariella was being misdiagnosed. Even the vomiting with eating and after could be explained by a sensory oral issue or sickness. 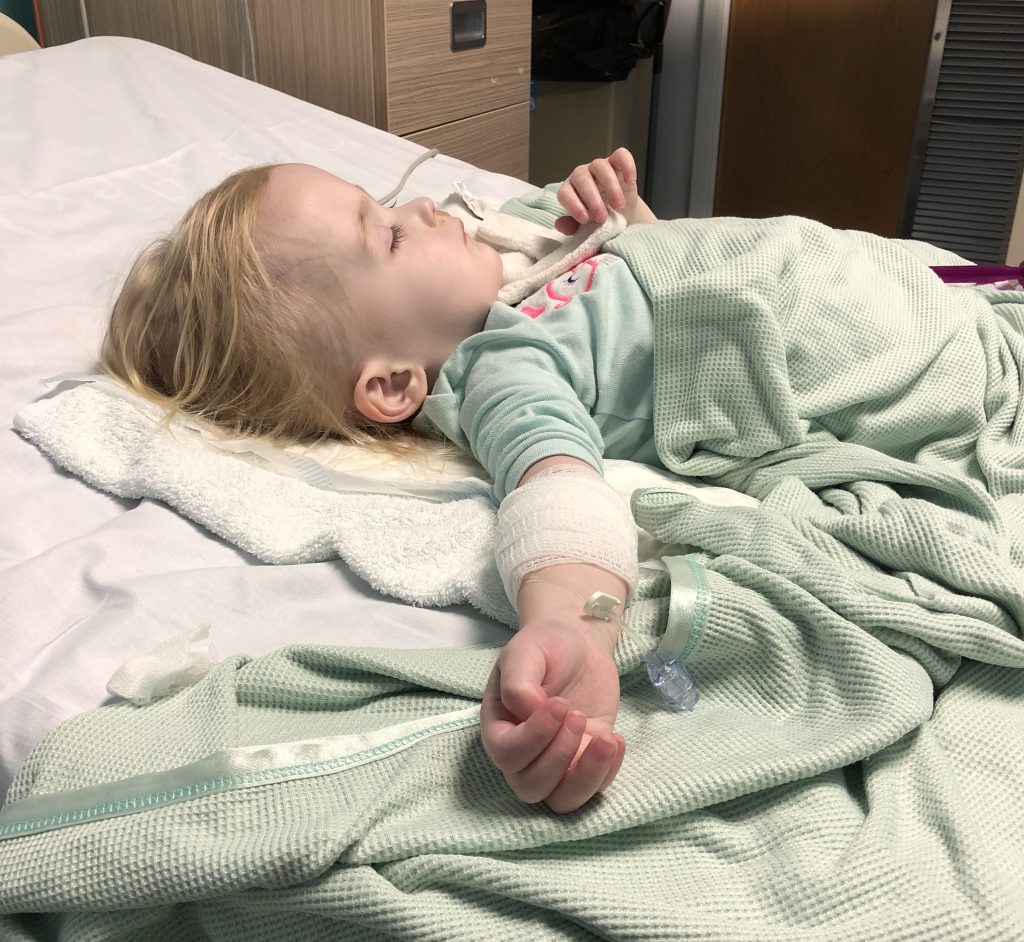 We are so grateful that it’s something we can treat and will hopefully enable her to move forward where we’ve been stagnate for a year. I know it won’t be a magic cure for Ariella and that she has struggled long before she ever ate gluten but I hope that it can put her back in the place she was before her second birthday. I hope that it means that she can begin now to live more, be happy and confident and frankly we can go outside more. Once Ariella was diagnosed we decided to become a gluten-free household and I’m very glad we did. When she came home I had hauled all the gluten out of the kitchen and had signed up to CoeliacUK, had gluten-free recipe books on order as per the dieticians advice. There is really great recipe book for children called The Gluten Free Cookbook for Kids which I have now tried quite a few of the recipes from with great success. I suspect I may also have Coeliac Disease as my blood test results came back just the same, so it’s good that we all are living healthier all round. I wanted to make sure that Ariella can pick anything from the kitchen without worry and that it felt inclusive for her. It really hasn’t been too difficult to change our diet as I always cooked recipes from scratch and never really relied on pre-made sauces, the only major change has been that we don’t eat out at often and have less takeaway’s now. Which has been great for my waistline! 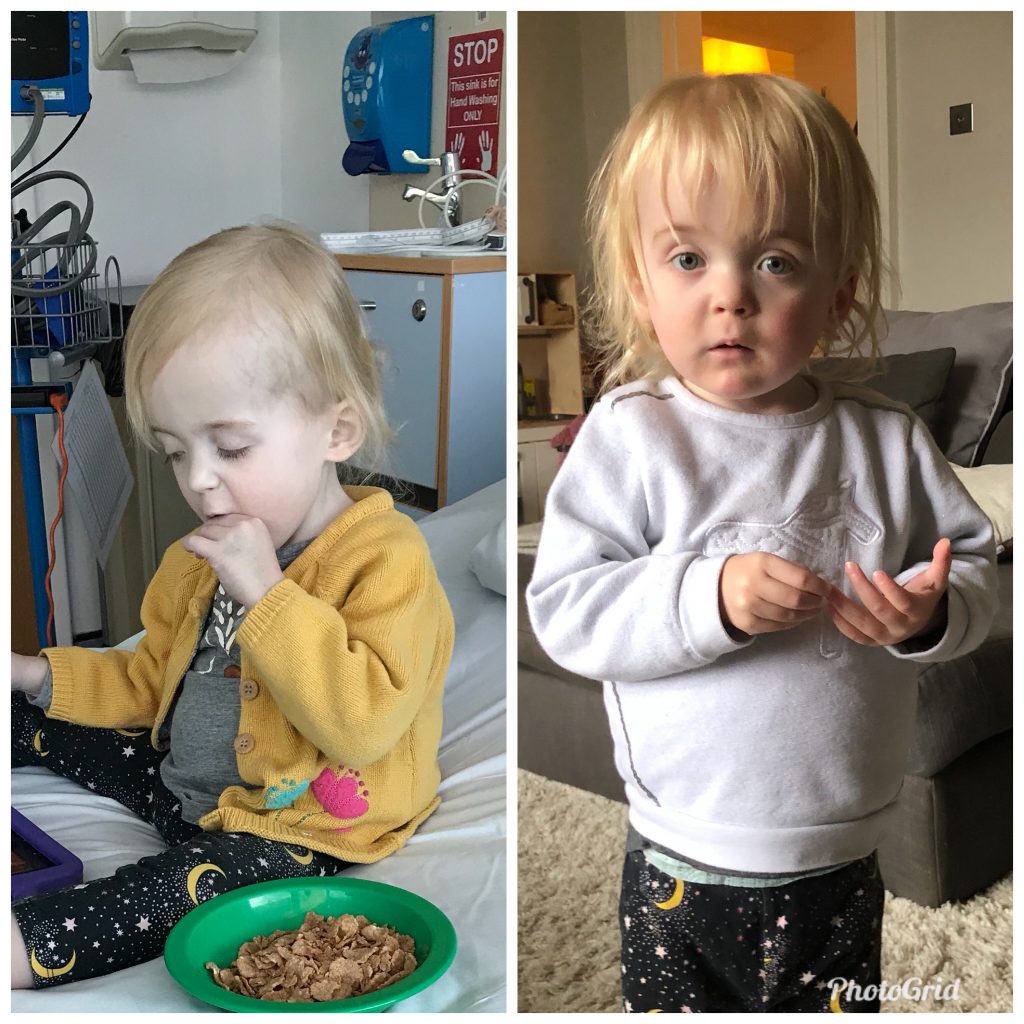 In the last month and a half while learning we have accidentally given gluten to Ariella twice and the effect are very obvious so I feel quite certain about her CD diagnosis. Right now though I am just pleased that our lives are a little more quiet with a little less screaming, I’ll take that.