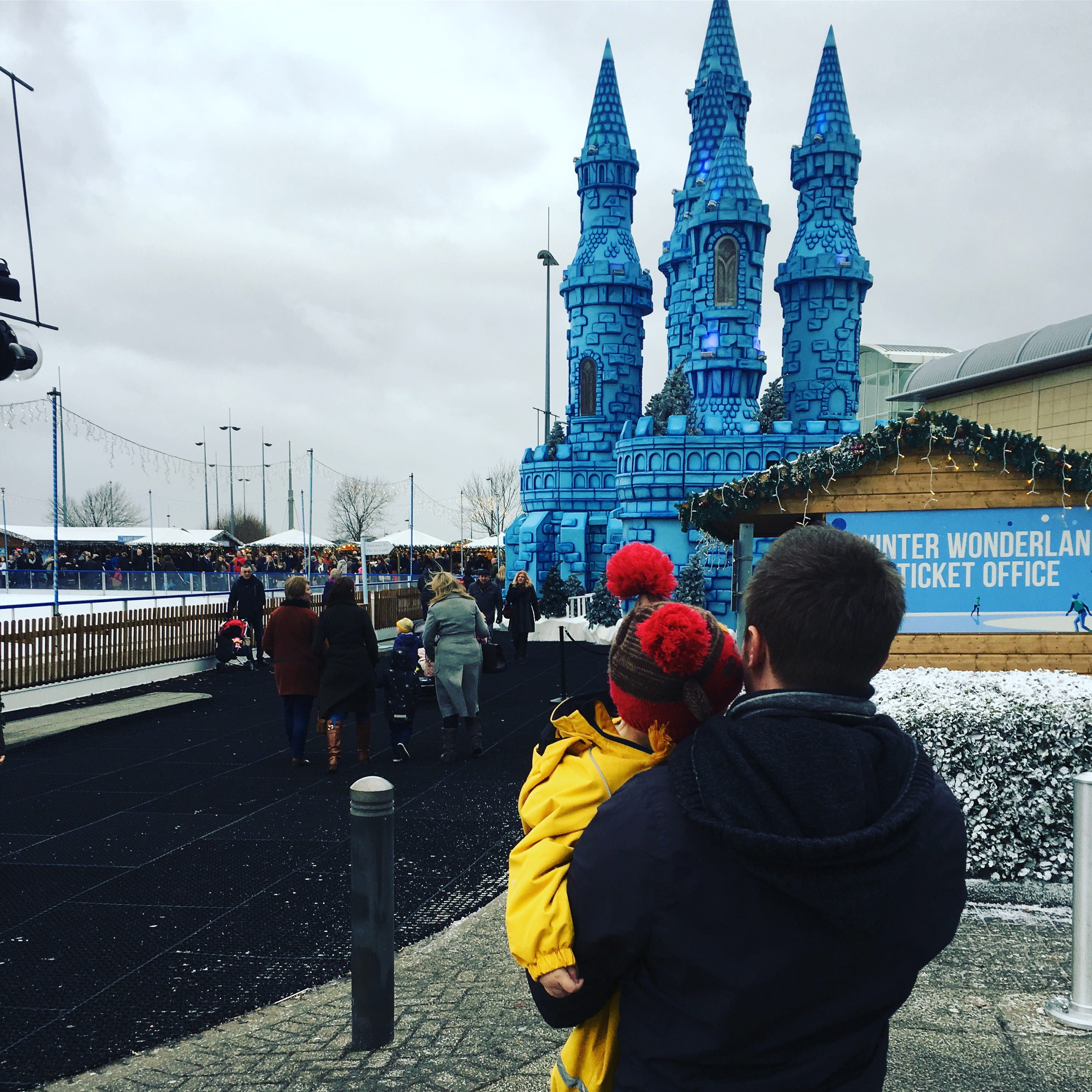 We visited Santa for the second time this year, this time in his Ice Castle! The second time around was much more successful, I hope that might be due to all the exposure Ariella has had to Santa now while playing with toys, watching TV and being out and about. We also considered doing some ice skating afterwards as they have a great ice rink in the Winter Wonderland which is made of ice and maintained after each session. Unfortunately the ice rink was booked up already, not a huge issue for us though as we had planned to eat lunch after (and then Ariella would probably want to go home and nap).

The Ice Castle grotto was great, far better than the one we had visited previously. You were walked through it by yourself (rather than as a session group) and they had set it out completely like a little ice cave with moving bears, penguins and lovely frosty lights. Ariella really enjoyed this part, all the staff dress up to and in very realistic costumes. Once we reached Santa she became a little shy but wasn’t crying like last time. Santa looked much more authentic than the last Santa we saw, he almost had me believing too!

Even the little area Santa was sat in was really great, you really did feel like you had made the trip to the north pole. He asked Ariella if she had been good this year and what she wanted for Christmas then we took a nice group picture and Ariella was given a lovely book as a present. 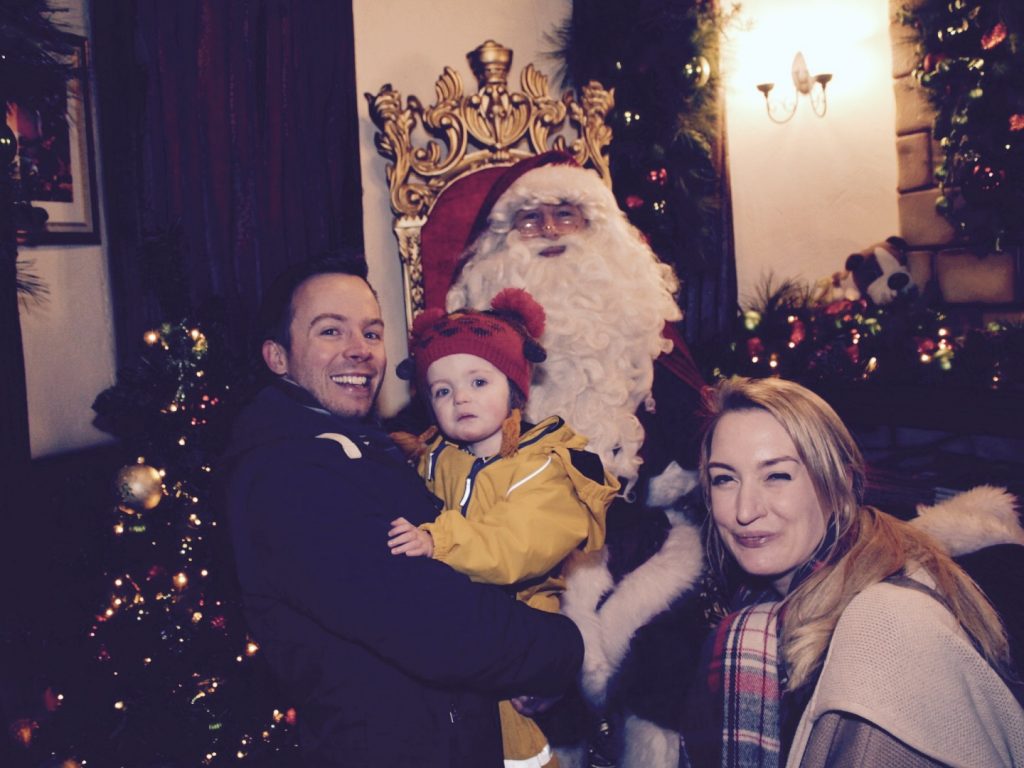 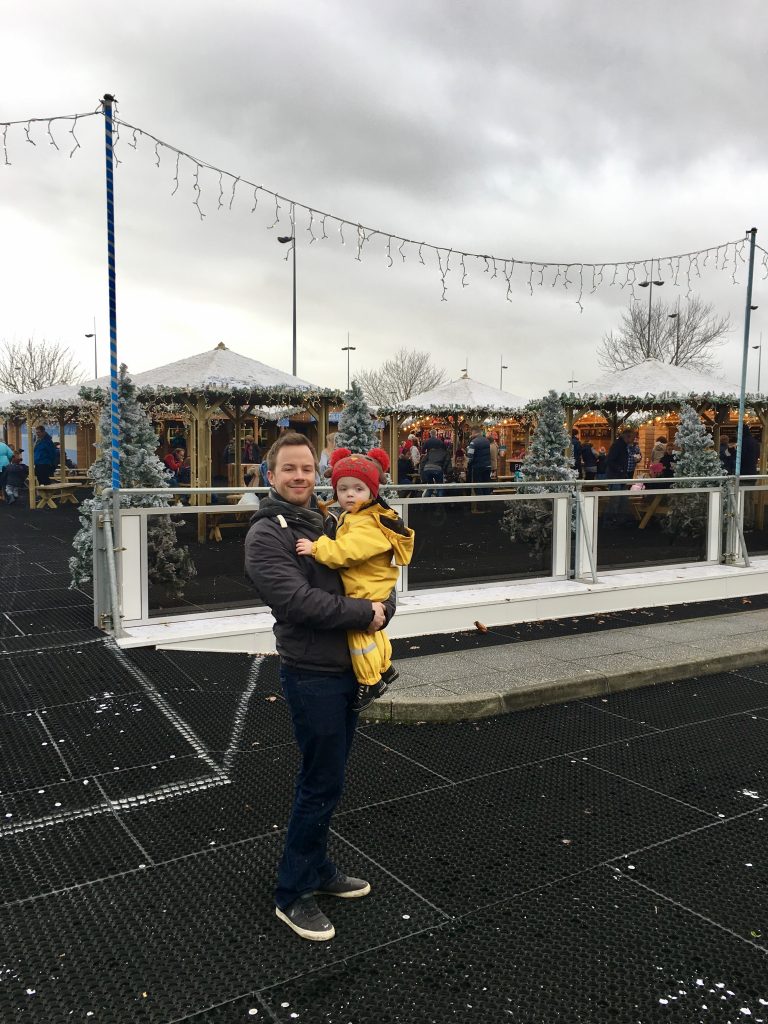 A little market after the Grotto, sweet treats! 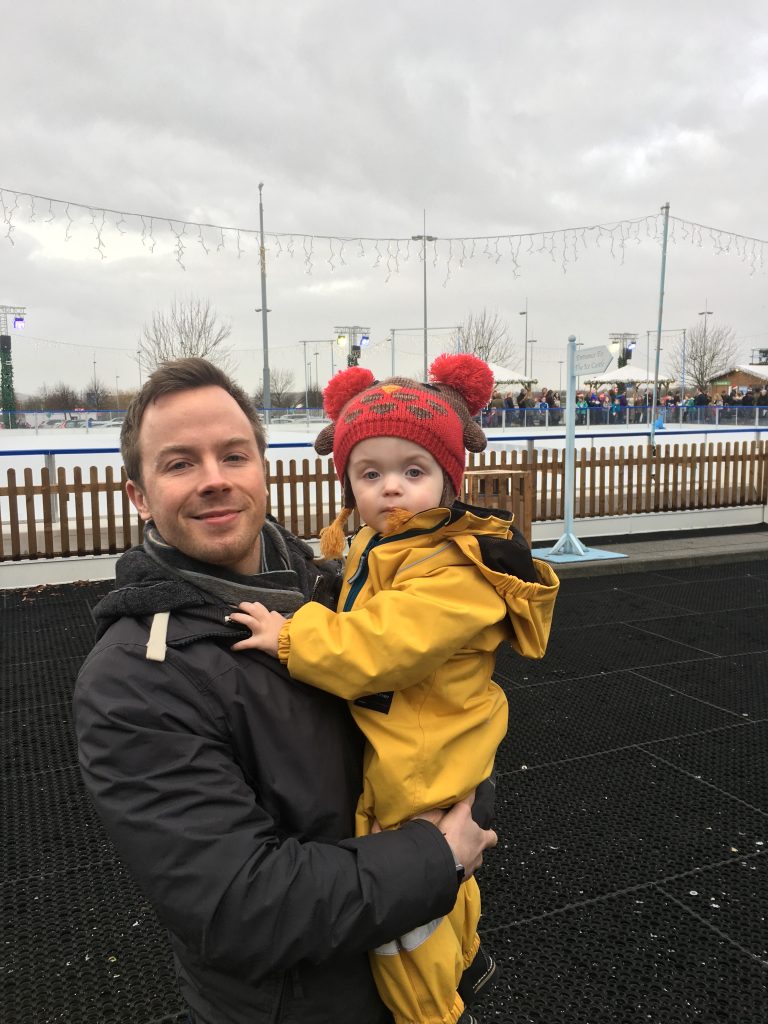 We headed off back indoors for lunch and we knew where we were going to try first, Wagamama! It was unexpectedly quiet, in fact the whole place seemed much quieter than we were expecting. I guess by this point if you haven’t done your Christmas shopping you are in a small pool of those who haven’t. We were seated at a large table near the back and Jamie ordered our usual, Ariella was most pleased when her’s arrived. Ariella loves the mild curry sauce that can be ordered with the children’s katsu, whenever we order it for her we get an unsure look by the waiter.

The present from Santa

It was quite wonderful to complete the Happyland calendar today, meet the final piece behind the final window. I’m glad it’s done with as there really is too many people for the little cottage now, hopefully Santa might bring Ariella some new Happyland buildings for all these festival villagers to play with. As you can see we bought Ariella the Happyland box/play mat, It was supposed to be a Christmas gift but I never got around to wrapping it and it gave us something to pack the pieces in so we could transport them to my parents home easier. 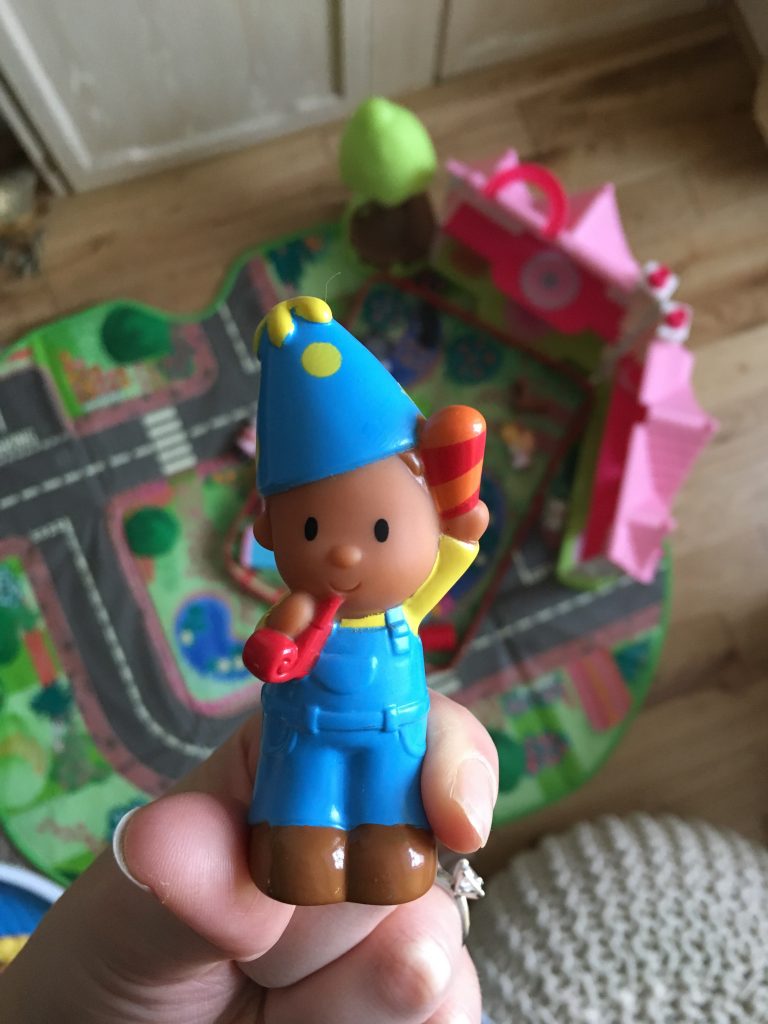 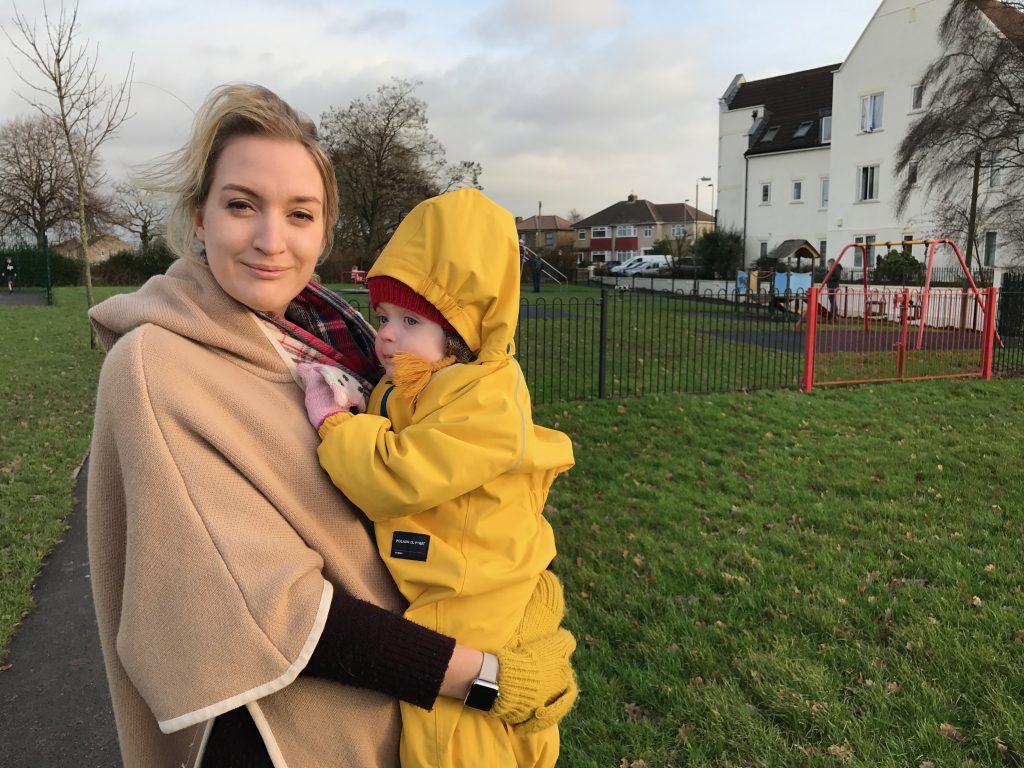 Please totally ignore the crazy hair, we have a storm coming here in England but I felt that Ariella would benefit from a trip out in the afternoon to the park. We needed to use up some time before dinner, she wasn’t too sure about the wind until I put her hood up to keep the wind off her head a bit more.

After a wonderful dinner cooked by my mother, I headed into the kitchen to start mulling some wine. Bring on Christmas Day! Let’s hope that Ariella doesn’t wake up at 6am tomorrow, that seems to be her favourite time at the moment. Merry Christmas! 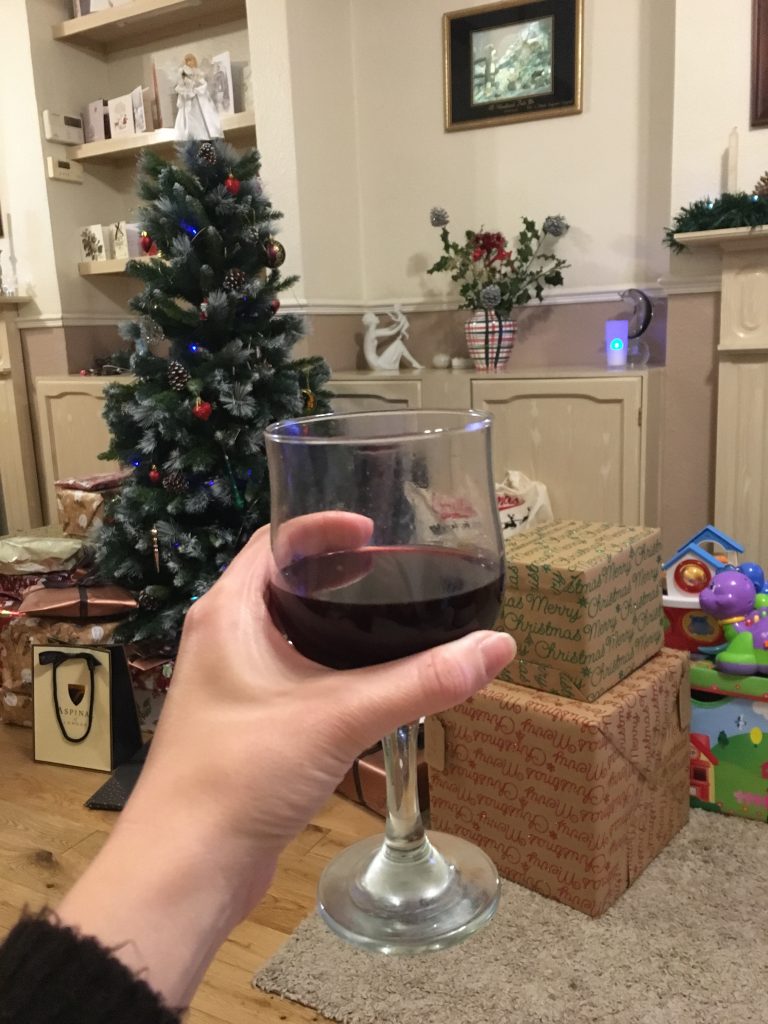