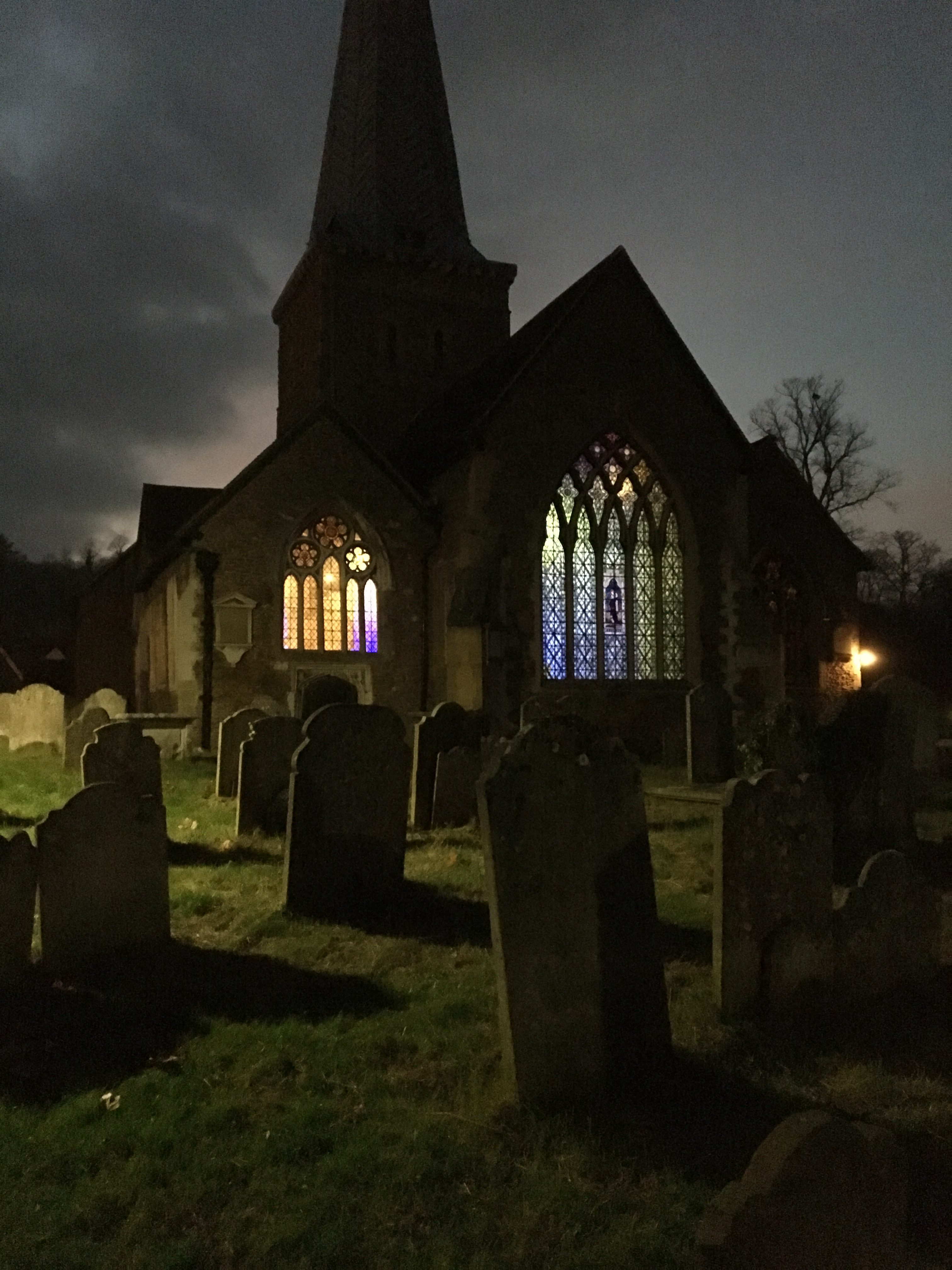 Can you feel Christmas in the air? I’m a huge festive fiend and I adore everything Christmas related, the markets, the mulled wine, listening to Christmas music, the warm cosy feeling that this time of year brings.  We’ve had some lovely exciting activities and interesting things going on this week, I’ll start by talking about our London trip. I have a brilliant bunch of mothers who all found solace in each other, sharing the same due date month. From pregnancy to present, all across the United Kingdom they have been there during the early morning and late night feeds, the strange nappies, the illnesses, the good and the bad. Occasionally those local to each other meet up, this week we did just that and it was brilliant to see some of them and their lovely children. Children whom I have watched blossom from tiny little dots to big smiling, stomping, questioning beings. 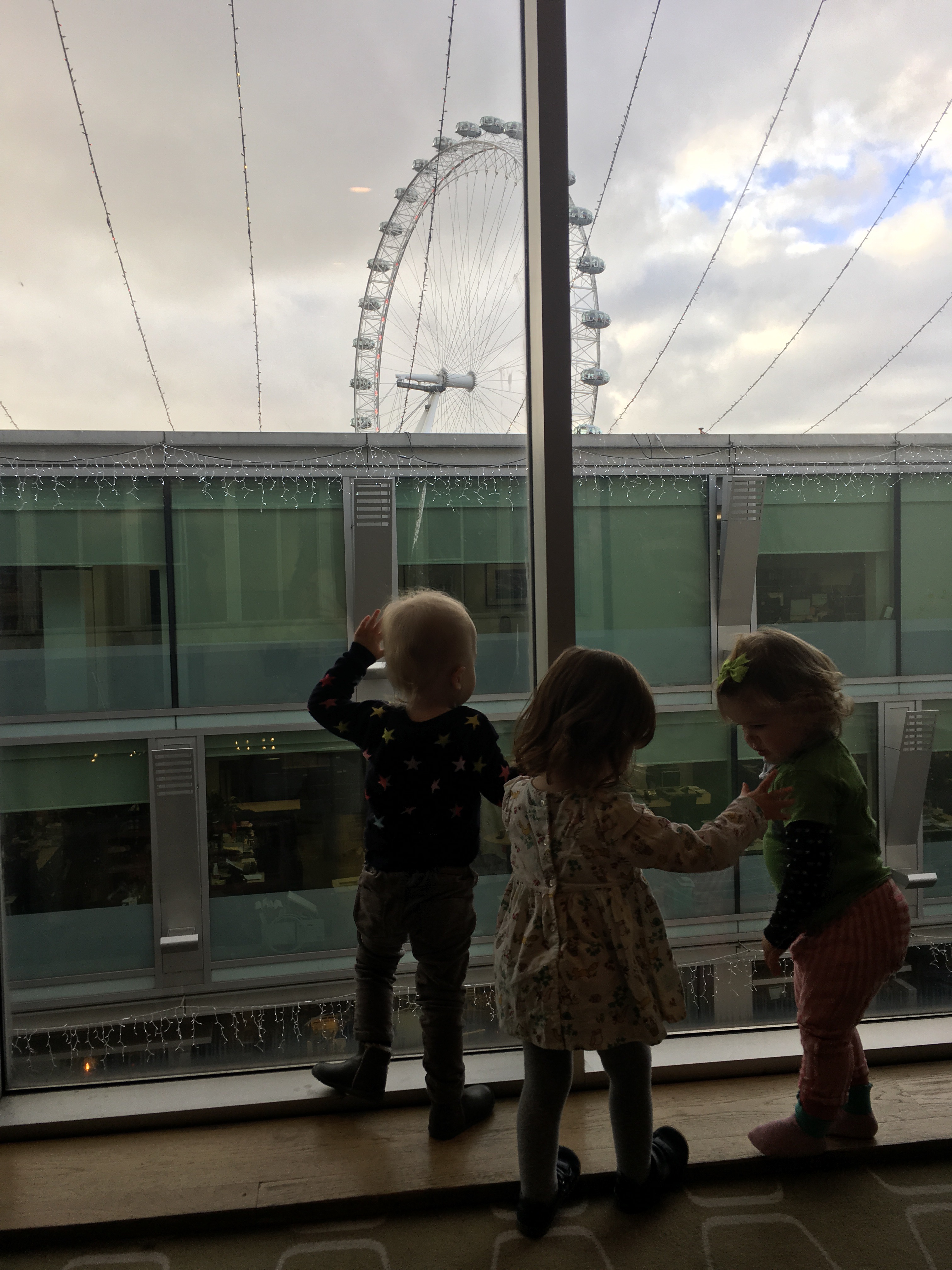 London felt very festive, a short walk down the river we passed lots of Christmas markets and stalls. It was fitting that there was a wintery chill in the air, but the sun had come out and Ariella even got to experience her very first  rainbow.

Then the week had a little blimp, you can read about me losing access to my phone here. But I like to think that things tend to balance themselves out again, while I was missing in action we received a letter. A letter that I’ve been waiting to fall through our letter box for a while. We have a date for Ariella’s MRI scan! It’s the first week of January 2017 and it works perfectly for us, it doesn’t clash with our festive plans and things we have booked in already. It’s really reassuring to have a date, I think not having a date was for me quite challenging I’m not the most relaxed when it comes to the unknown, now I know that in a month and a half we will hopefully have the scan done with. I’m going to try and get a copy of the results so I can analyse them myself as we won’t see neurology to discuss the results until February 2017. As odd as this may sound, I did this with my own MRI scan on my spine and could see the various issues which I found reassuring when discussing them after with my consultant.

Other than that there is Christmas and Christmas shopping, now that most of the shopping is done online it’s like Cardboard city in our home. Your biggest challenge is coming up with creative new tetris style solutions to fit the cardboard the best into your disposal bin! I’ve been practically hosting my own depot, but we have hit the list down greatly. Efficiency is key in our lives!

The weekend saw a trip to check out the Godalming Christmas Festival, naturally we had not been before and did not know quite what to expect. It was awesome, mulled wine, great wares, good street food, all the lights were switched on after a big count down. Very welcome, what a great way to celebrate having less than a month until Christmas. Jamie went for a hog roast bap accompanied by crackling and apple sauce, mulled wine and a nutella/cream crepe. I decided to try some satay prawn skewers, sea food paella and mulled wine. Yum yum, well done Godalming! The stalls had plenty of things to buy for Christmas presents, yourself, your home. There were donkeys rides for the children, carols, lots of the restaurants had come out to make their food on the street, local companies all advertising their wares. It was truly the best market I’ve been to in Surrey so far. To keep Ariella sweet we took her for a quick trip to the park before heading around the stalls. 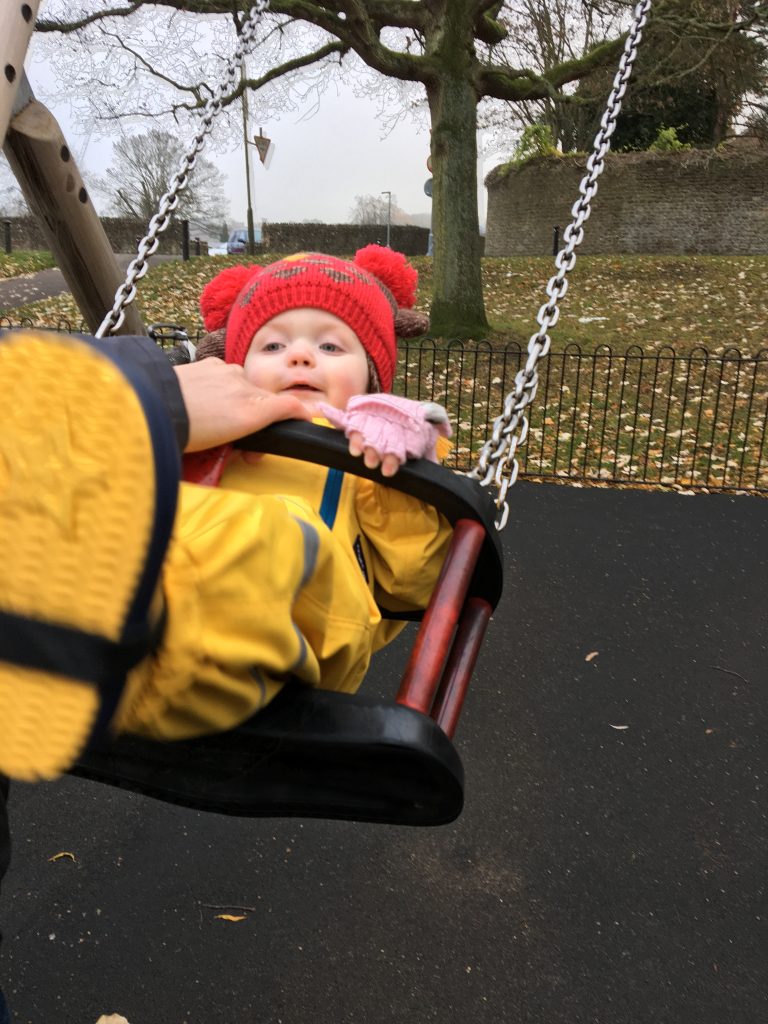 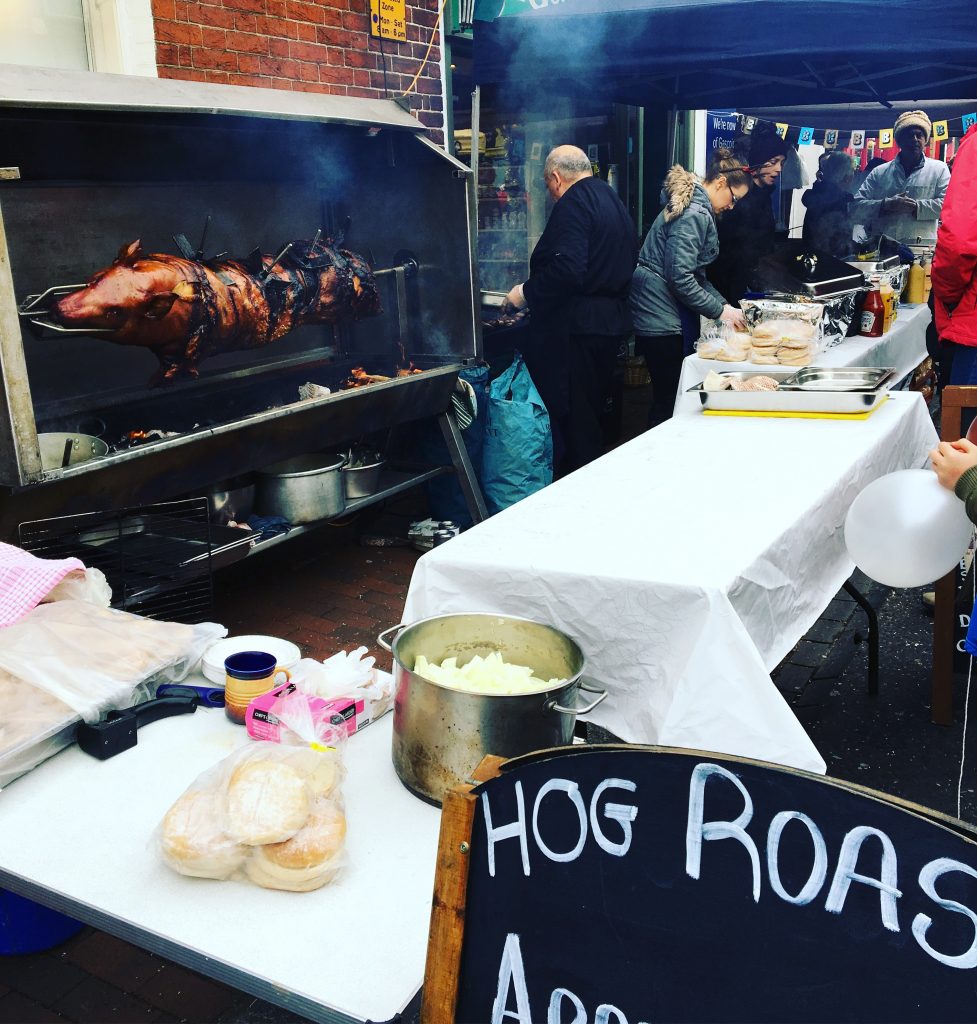 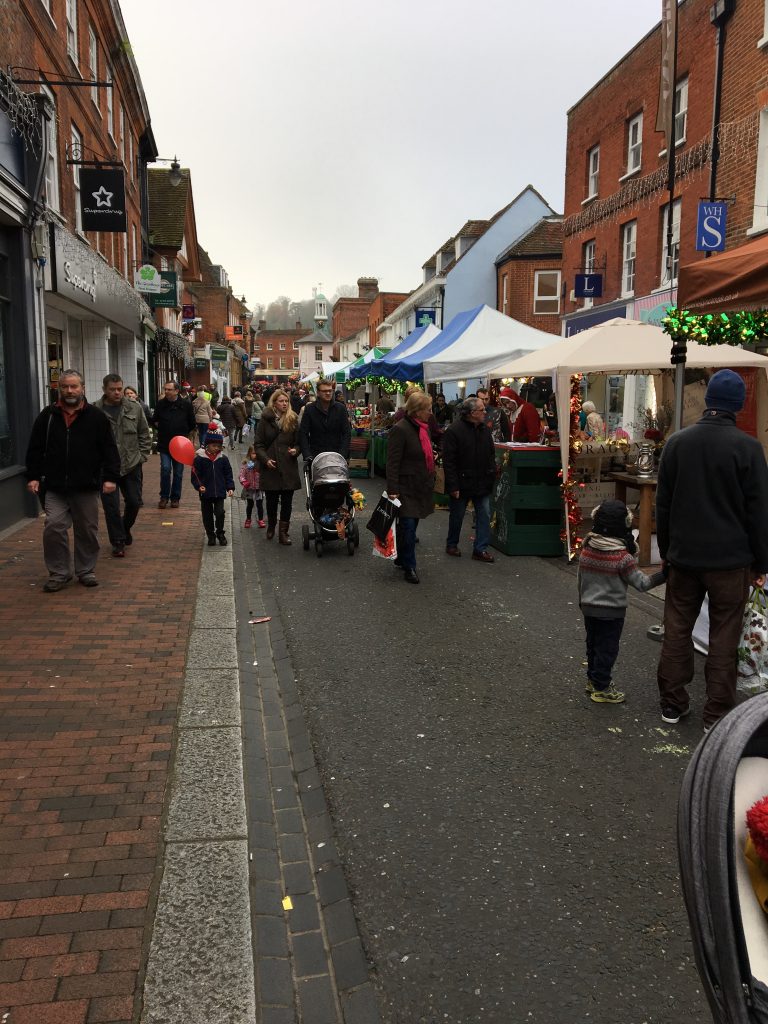 We decided to visit twice, once during lunch which was perfect as the crowds weren’t as busy. Then we popped back for the light switch on in the afternoon, which by then it was difficult to navigate around, many of the stalls selling homewares had sold out of lots of items and I would have preferred to use the Tula carrier if this was our only visit.

It was very festive but crowded, we watched the count down and the light switch on but then left once the bands started. Ariella was quite tired, so I think while it was lovely to see the lights I would probably just go for the day next time. 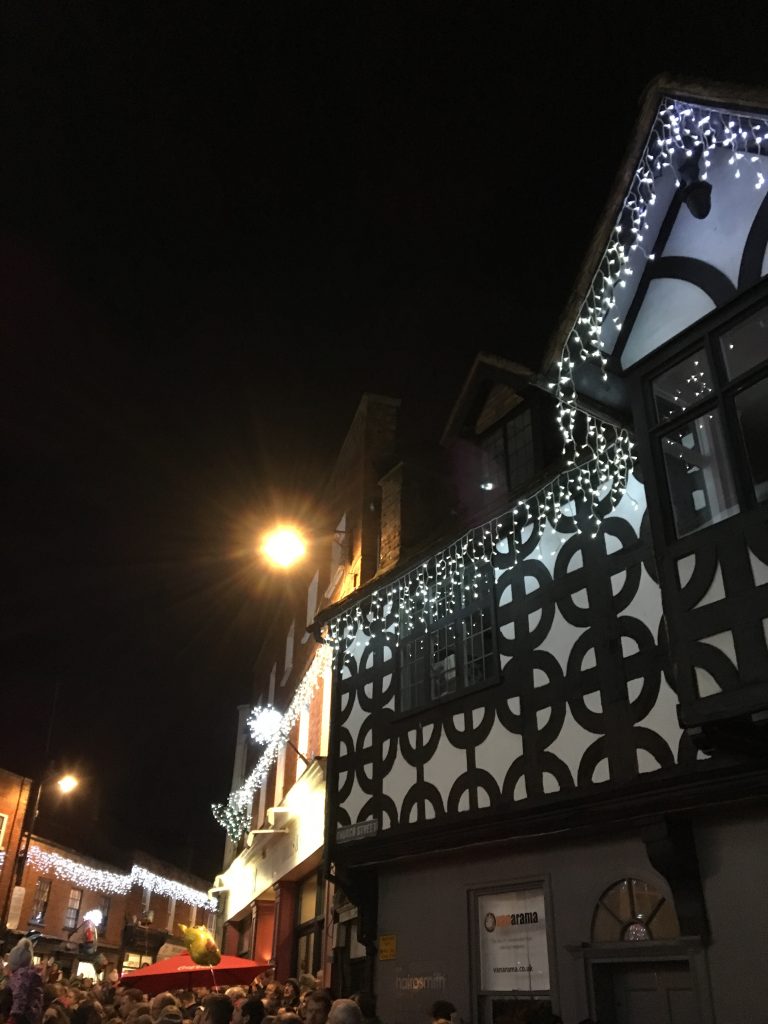 During the break between we had a surprise delivery, I had ordered a starry sky decal with 1000 individual sticky dot stars combined with a comet, three shooting stars and a moon. I bought it from an Etsy store called Stella Murals which is based in New Zealand (hence not knowing when it was going to arrive). The designs are truly exceptional, beautiful pieces of artwork and so realistic. I hadn’t considered how long it would take to stick 1000 dots randomly, in star like patterns onto the ceiling of Ariella’s bedroom. It took quite some time as the dots varied from reasonably big to tiny, we took it in shifts between us which worked well. Share the burden!

I’d love to have got a picture of it once done but I can’t seem to get one to show up on my phone, but it looks exactly like the pictures on the advert with some different placement naturally. 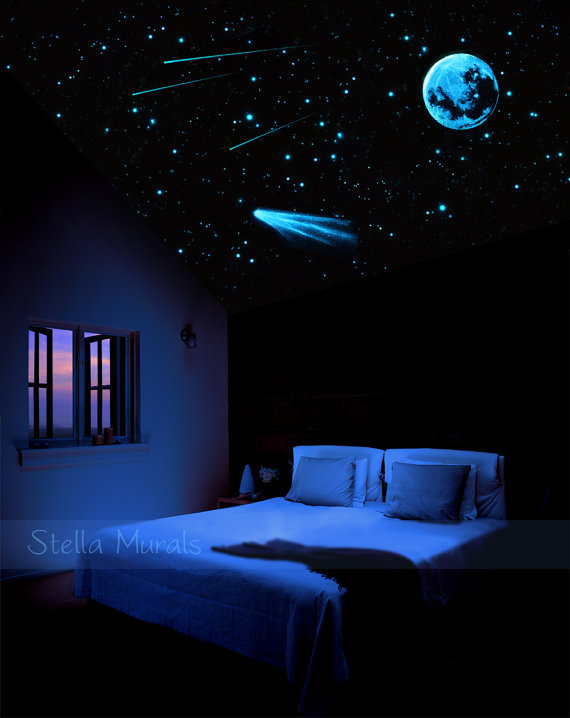 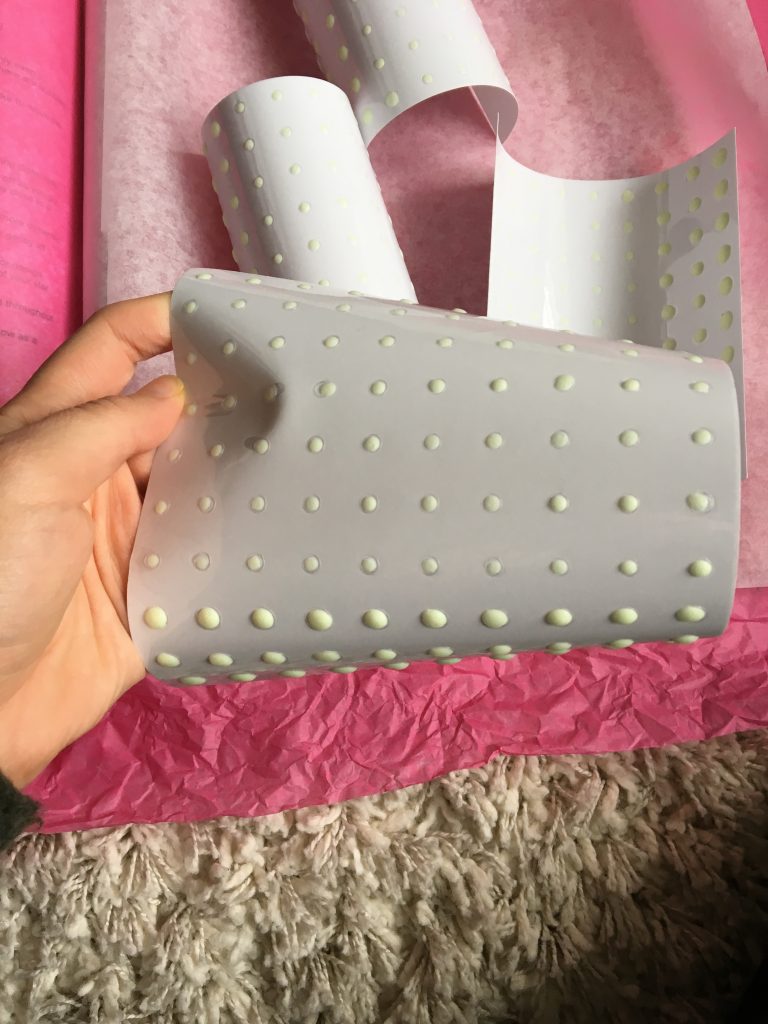 I’m obsessed with space, I hope that Ariella enjoys all the effort the night we installed them she fell asleep immediately. That’s a good sign!