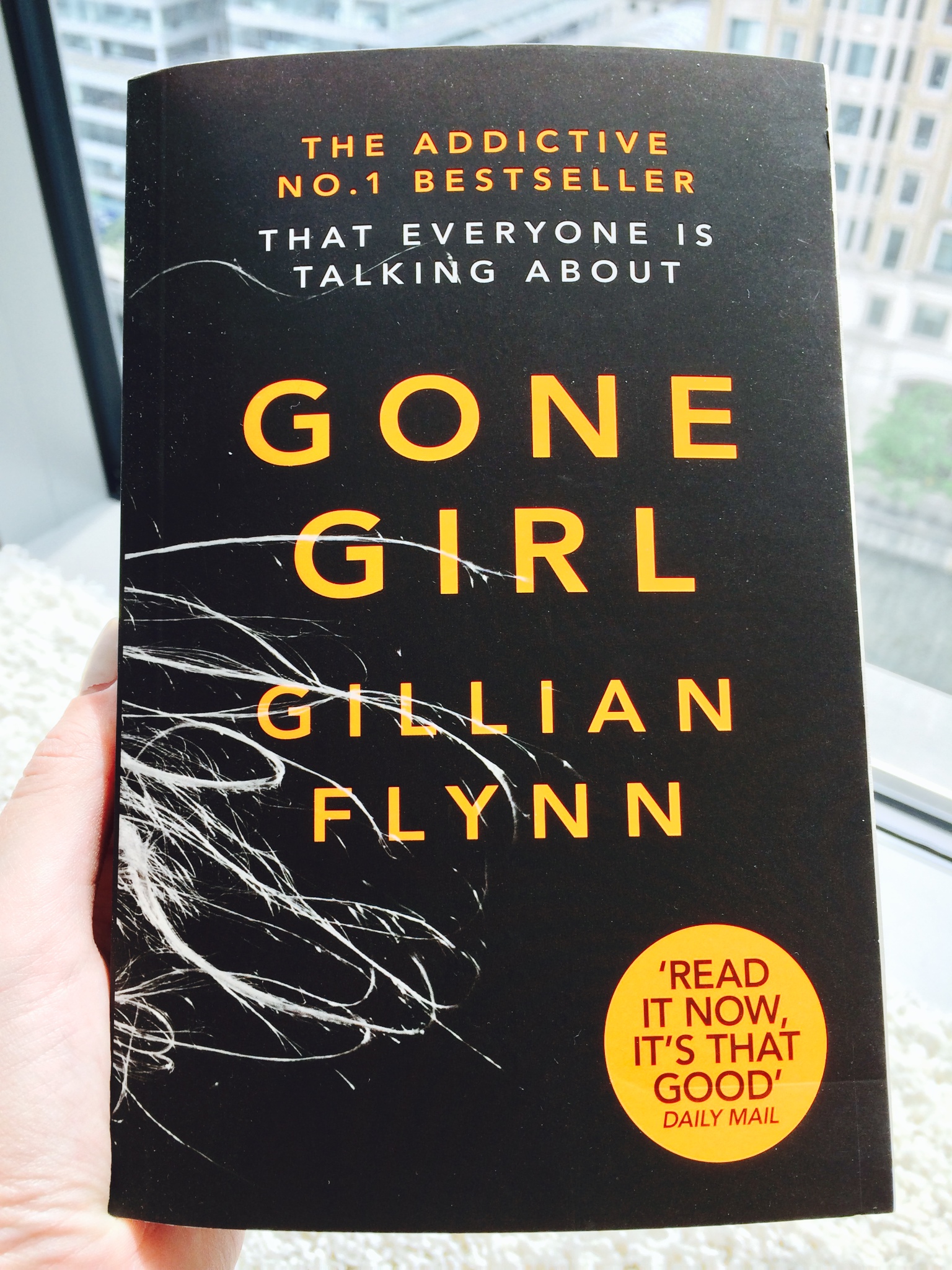 I wanted to love this book, I really did. I really enjoy a good mystery and Gone Girl by Gillian Flynn has knitted together a great story. But and there is a but, which is such a shame I just did not like the ending. Gone Girl has great general review score on Amazon and as per normal I hunted it out in my local book store to check it in the flesh.

The book is a cleverly written thriller, it’s great really it is but I just found myself wondering where the rest of the story was after I finished reading. I was actually stumped that I had hit the last page, how could it end like that? Without giving you too much away in my opinion if the ending was a biscuit it would be a soggy crunch cream, great at first but soon as you dunk it all of its redeeming features are gone. Just like the girl, gone *sigh* which is such a shame as I believe that it could have been so much more clever at the end.

What have we done to each other?

These are the questions Nick Dunne finds himself asking on the morning of his fifth wedding anniversary, when his wife Amy suddenly disappears. The police suspect Nick. Amy’s friends reveal that she was afraid of him, that she kept secrets from him. He swears it isn’t true. A police examination of his computer shows strange searches. He says they weren’t made by him. And then there are the persistent calls on his mobile phone. So what really did happen to Nick’s beautiful wife?

Just looking at the Amazon reviews I can see that loads of people agree, the ending is dire. I don’t read the Amazon reviews by the way when I look for books as I find people spoil the story a lot in them. It’s almost infuriating as this book is so good other than the end, I was surprised at every corner. It was great, what was Gillian thinking! The ending just flops.

Still with all of that said, I think you should read this book because it’s great apart from the ending. Given that so many people have read it and rated it highly I’m sure maybe the ending is like Marmite you ever love it or hate it. Personally I don’t find it believable at all and it infuriates me but the rest of the book was good so I don’t regret reading it. I read this book on and off for fives days because I wanted to know what was going to happen next, it’s very much a can’t put down book but I do feel a little cheated.

Gone Girl isn’t conventional, Gillian focuses a lot on human relationships and particularly marriage. There is a lot of lying, lots of manipulation, you can’t take for granted that what you are being told as the reader is true which is very different to other thrillers I’ve read. It’s what makes the book so good, addictive because you don’t know all the facts, you don’t know if what you are being told is the truth and you are taken along as much as all the other characters through the story. If only the ending was better, this would be a great film!

So if you don’t mind taking a risk, a gamble with the ending then totally read this!