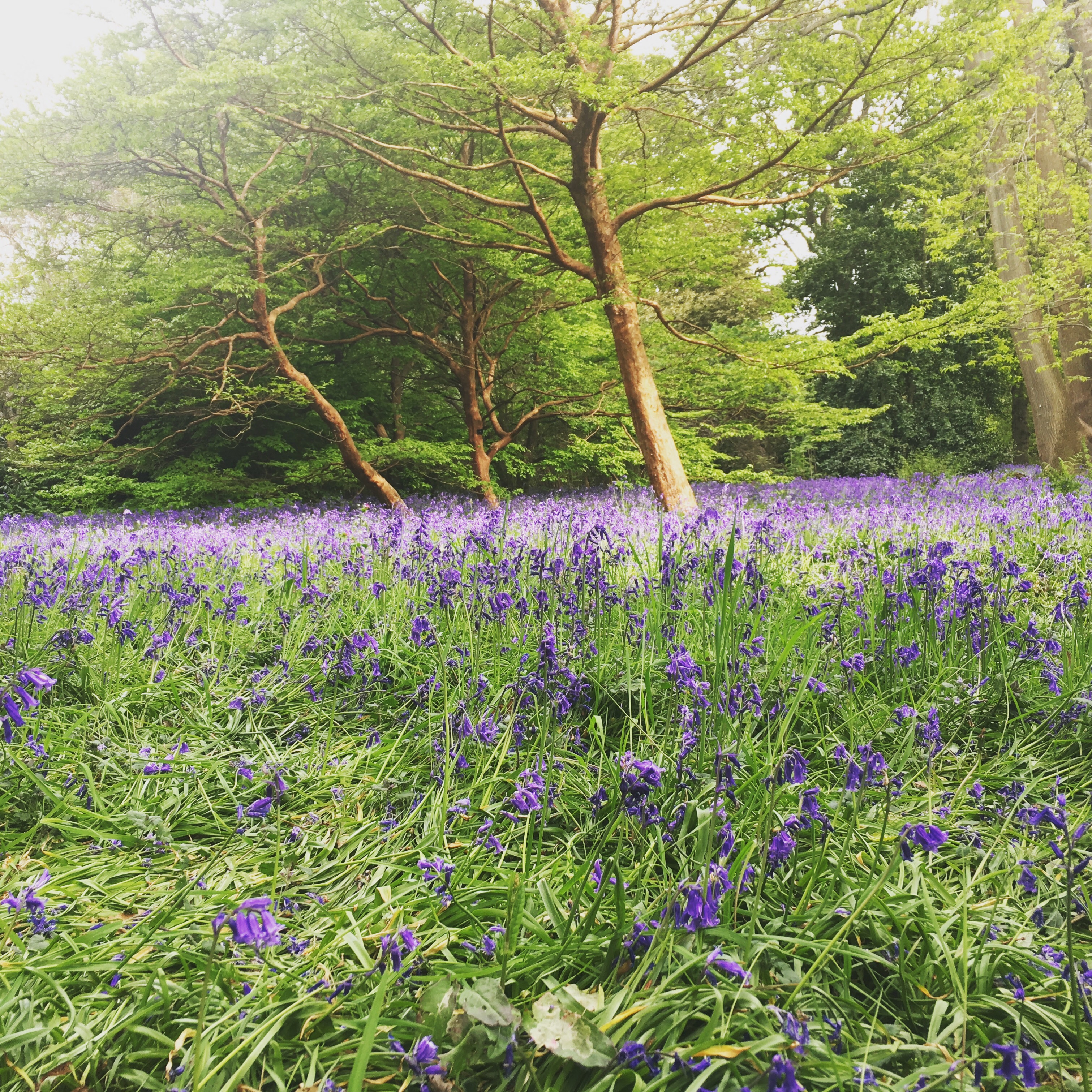 “You need to spend time crawling alone through shadows to truly appreciate what it is to stand in the sun.”  – Shaun Hick

Our days are filled of typical things, trips to the Zoo, the aquarium, walks, parks, arts and crafts but every now and then those weeks are marked by appointments. Last week was marked by our geneticist appointment, which it seems in hindsight I was greatly unprepared for. In my defence the letter inviting us to their department at the hospital was lacking in details, it discussed maybe taking some bloods, maybe a family tree all things which I felt I could answer to a reasonable standard.

The appointment was on a Friday and the days following up to it had been pretty amazing, Ariella had taken her first independent steps on camera (you can check that out on my instagram). We had spent the week taking lots of walks and saw the bluebells that had sprung near one of our local Arboretums. Ariella was doing really well with her fine motor again and engaging lots in her portage/physiotherapy sessions. The weather here in England had perked up a little and things generally were on target, we even did some water play indoors, took long walks and ate lots of ice cream. 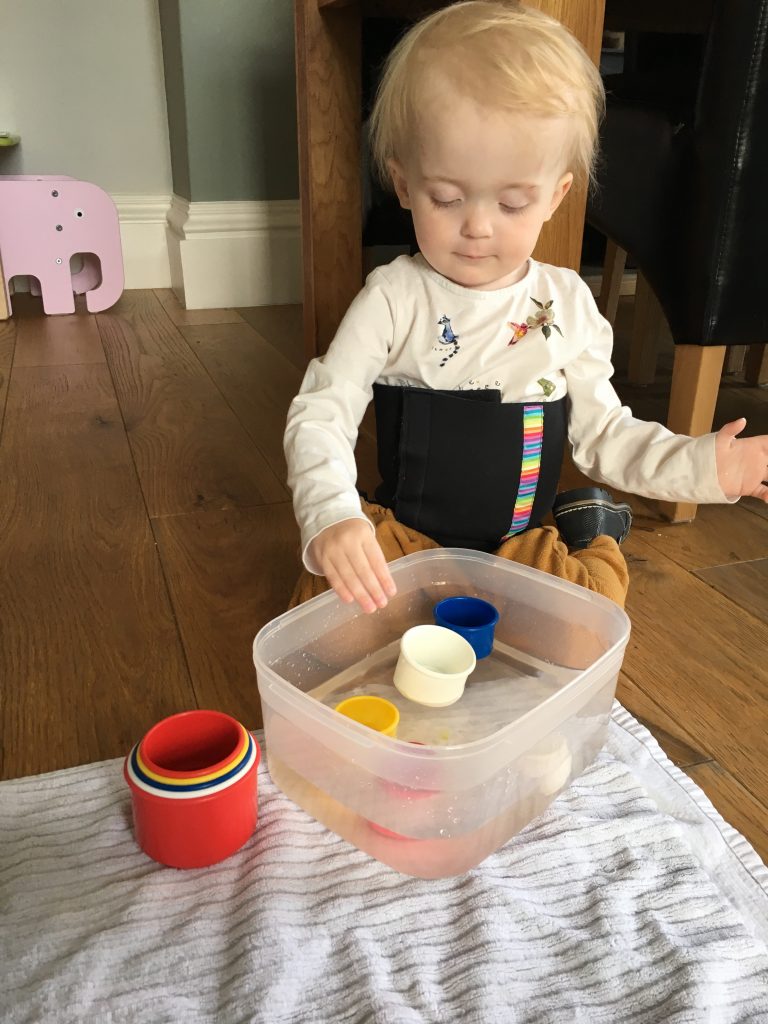 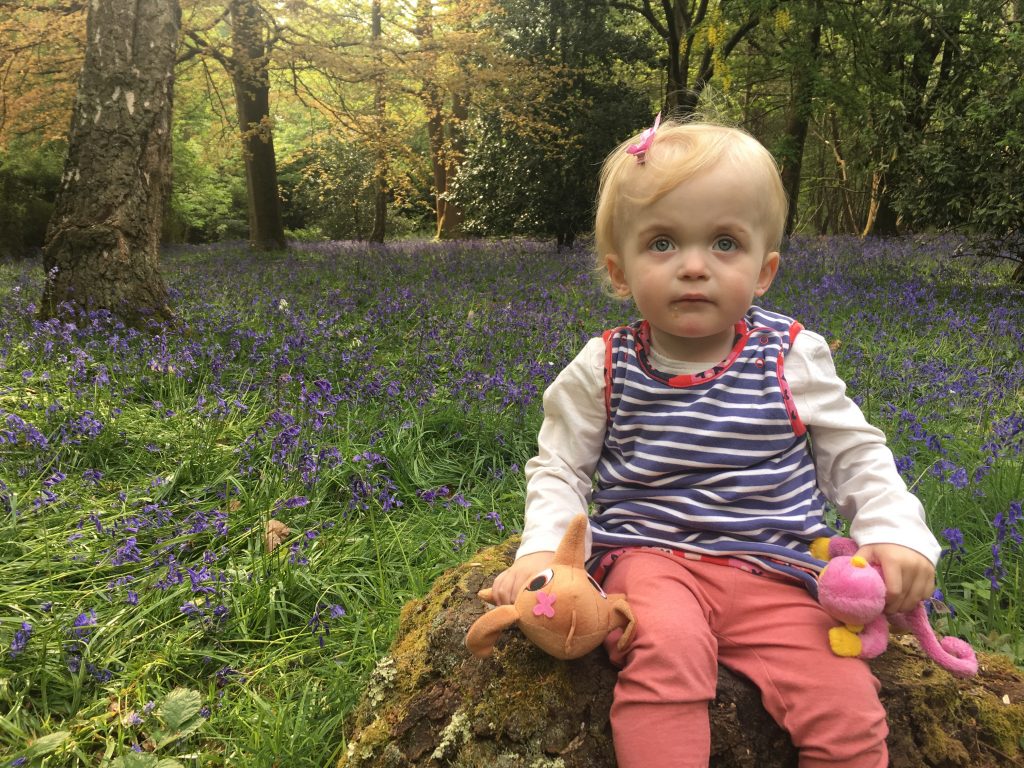 The quickest picture ever, the only one in which she isn’t crying.

I was really looking forward to our weekend ahead too, we planned to take Ariella to Bristol Zoo as we were returning to visit my parents. The whole weekend was packed full of activities with the zoo, meeting friends for lunch, toddler free dinner later in the evening with friends too. Fun packed and I couldn’t wait for Friday to come.

Come it did, it felt like a weekend as Jamie had arranged to take the day off work so we could all go together. We didn’t know whether they would need both of us and given the topic would be genetics then it seems appropriate. You might remember that Ariella has already been tested for the basic array genetic testing. The best way to describe this is in the way that the geneticist did for us, say for example to imagine you are looking at a library. Sections of DNA that build a protein are called genes and imagine one gene is a book with instructions within it. Genes are then further organised into long strings which we call chromosomes, if we are saying a gene is a book then the chromosomes would be the shelves which the books sit on. A library of shelves (chromosomes) with books (genes) lined up in somewhat order. Ariella’s basic array checked to make sure she roughly has the right number of books on the right shelves. Her paediatrician however wanted us to speak with the genetics department to see whether further testing would be useful.

During the appointment we started at the beginning listing everything from pregnancy to date and she was checked over. Her MRI was discussed and it was agreed that it definitely needed to be reviewed from a genetic point of view, luckily we had a photo to hand and I explained my thoughts on the MRI not expecting them to agree. However there was agreement about hypoplasia of the corpus callosum which I’ve been waiting so long for someone to say officially. I can’t stress how important it is to really learn in-depth about your child and their suspected conditions, at one point I was even asked if I had studied medicine (no but I have spent two years researching this!). At the end of the appointment the geneticist looked at me and asked me what I thought, which caught me off guard. I really hadn’t considered genetics beyond the first array Ariella had, I had focused so much on the MRI that I’d not spent much time at all researching anything else nor had I considered that there might be any suggestion of anything further.

The conclusion was that Ariella shows some attributes which suggest her developmental delays are the result of a genetic condition, further testing required. I wasn’t expecting that at all, I asked what the attributes were and although they don’t normally tell you because it’s hard to hear I listened and insisted on hearing it. They are very sure that they are right and in one way it lifts things slightly off me because I’ve been assured that nothing I could have done (including my thyroid) could ever have changed the outcome but still we are left with some pretty worrying conditions to ponder, including some life limiting being tested for I can only hope for the very best outcome, it was definitely a shock to hear that there can be such certainty at this stage even before the tests. My first reaction was that it doesn’t matter what is found, but it will give her more information and I believe she deserves to have that information.

You might wonder why I’m sharing this with you, I’m sharing it to help you understand and if someone who is going through or is waiting for testing can benefit from reading this post to purely know they are not alone then I’ve done what I set out . After the conversation with the geneticist I turned to the only other person I know who would understand, another mother I met through therapies who had also gone through the same process.

After that deep conversation we came home and needed to pack to leave for the weekend, I’m glad we continued with our plans as normal because we really needed those good days to bring us all back up. Ariella loved seeing her grandparents and her face lit up when she realised where we were. The next day we were up early and headed straight to the Zoo, it was blissfully quiet and the best time to go. Bristol Zoo had changed a lot since I had last been, I really liked the changes they had made and it felt more child friendly than before. I’m not sure if this is because I hadn’t looked at it from that view before now instead looking at it as an older teenager previously. She enjoyed seeing all the animals, insects and reptiles with a few exceptions, mostly she loved the monkeys and the lion. Monkeys are a big interest for her at the moment so we went through Monkey Island quite a bit!

After a few hours in the Zoo, walking Ariella around and visiting the little park they have inside we met our friends for brunch in Clifton. If you’ve never been I really recommend visiting Clifton, it’s one of the most pretty parts of Bristol and there are lots of lovely walks. It was a good day for it given the weather held off and the sun did come out. By the time we had eaten and walked it was late afternoon so we headed back, we had been out for a long time by this point and Ariella was becoming a little eager to play with her toys. Just enough time to play before Ariella had her dinner and went to bed ready for us to head out to meet our friends again for a grown up dinner. 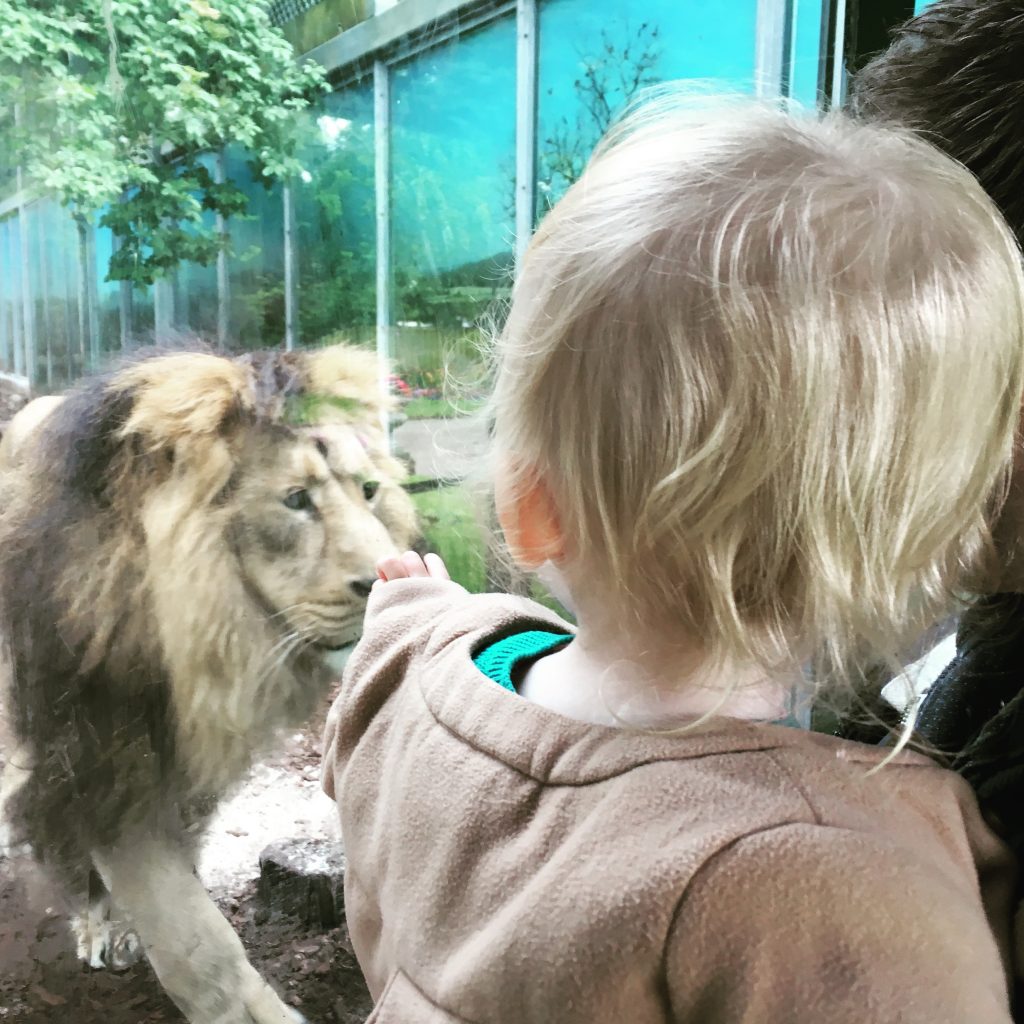 Ariella meeting one of the lions at the zoo

The rest of the weekend was very normal travelling and then a park trip, we headed back late morning and Ariella had her usual Burger King service station meal. She doesn’t get to eat chicken nuggets often at home (although I did grab some fish fingers for our freezer after seeing the latest Daily Mail article about some well-known mummy bloggers). It was refreshing to arrive home again, after all there’s no place like home. 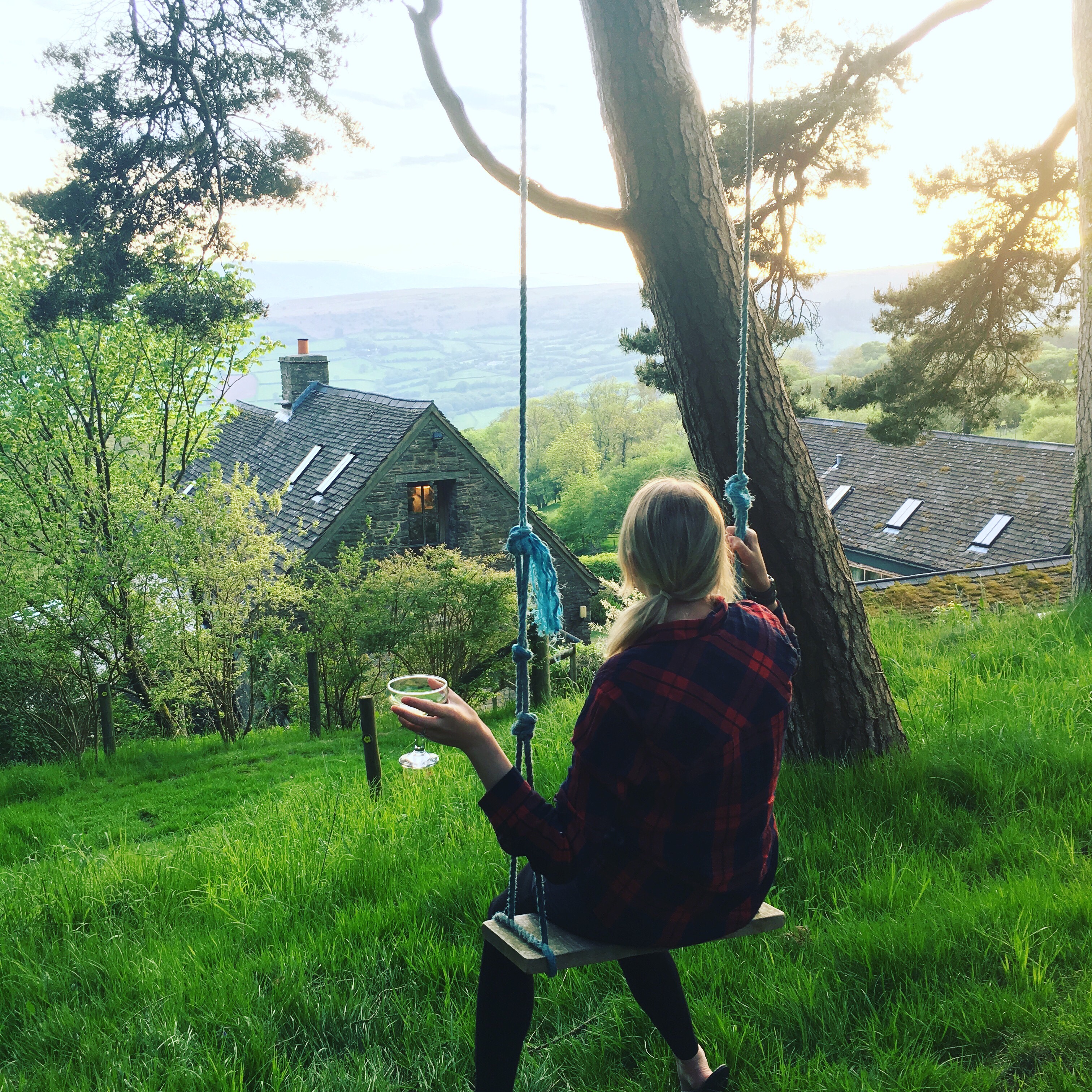