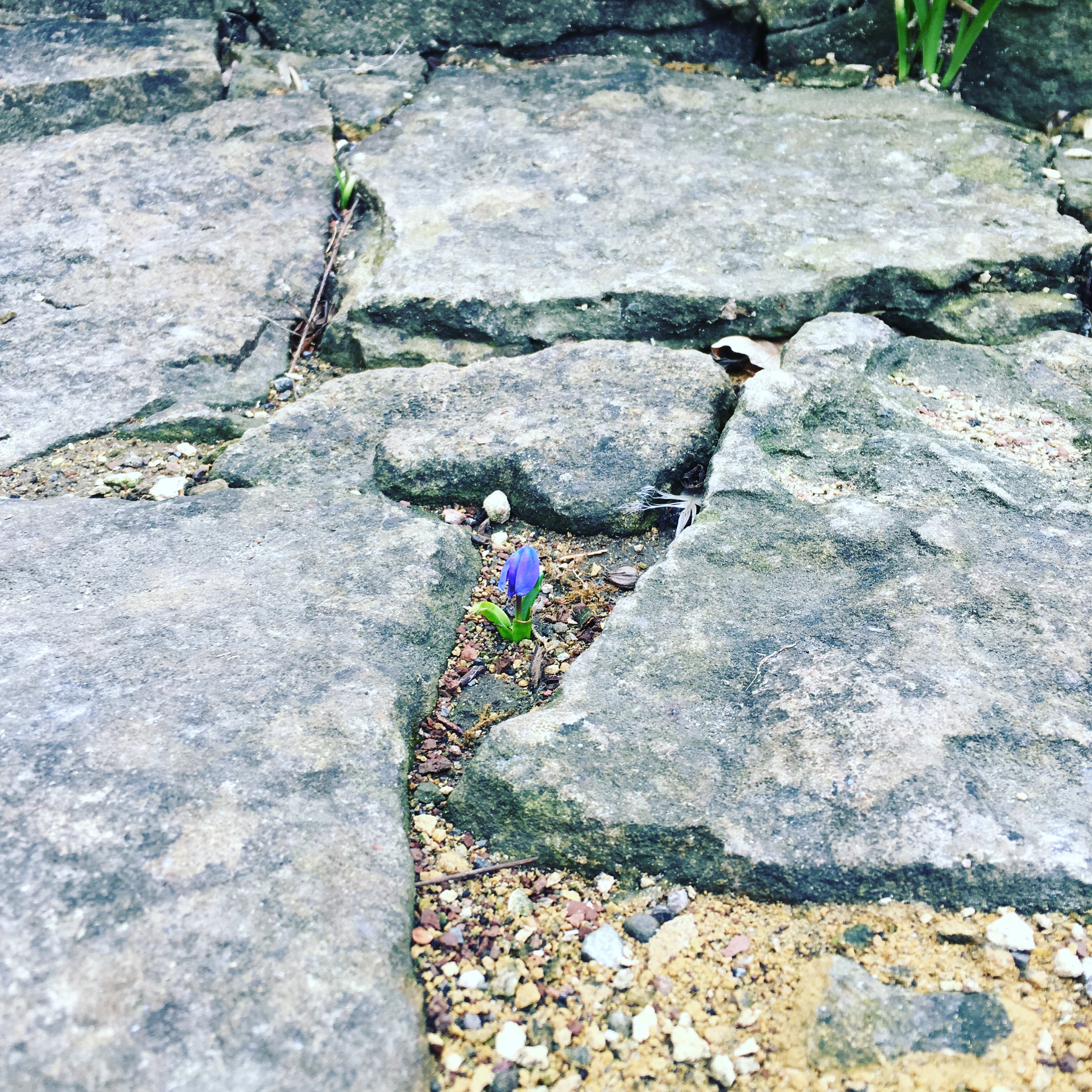 What a welcome back to England to leave on the cusp of Winter and return in Spring, in those two short weeks the garden had come alive as if to welcome us home. The very first weekend on our return was blissfully free on our calendar and we headed straight to the garden centre to pickup our Spring plants.

Before long we were back in normality and waving the jet lag on its way, I had missed the sound of the coffee machine grinding up the morning’s cup and the daffodils which I had ordered in our return shop were starting to blossom in their vase. This week we had a few tasks in our schedule, Ariella had physiotherapy to attend and her weekly portage (learning through play) session. I on the other hand had a billion and one things to arrange for Ariella’s fast approaching second birthday party.

Typically during Spring the weather can be what we call a “mixed bag” some day’s it was raining heavy and others lovely, sunny and sometimes warm. We had one of those rain shower day’s this week and I felt that it would be great to honour the rain being indoors making rainbow umbrella’s (and to buy myself a raincoat). The concept is the same as the Autumn leaf sun catchers but instead just making the umbrellas by themselves and I used some bluetac to stick them to the window. 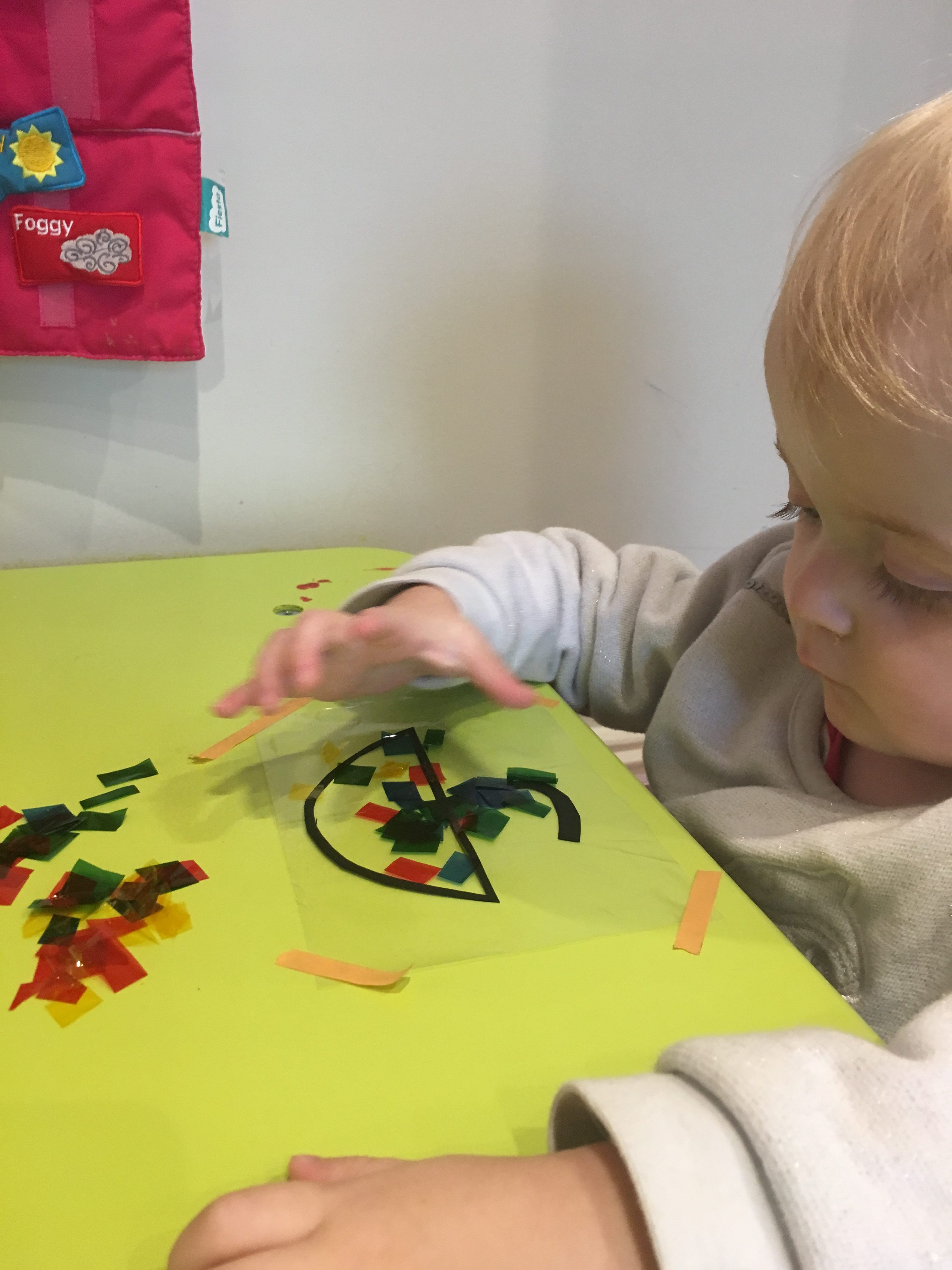 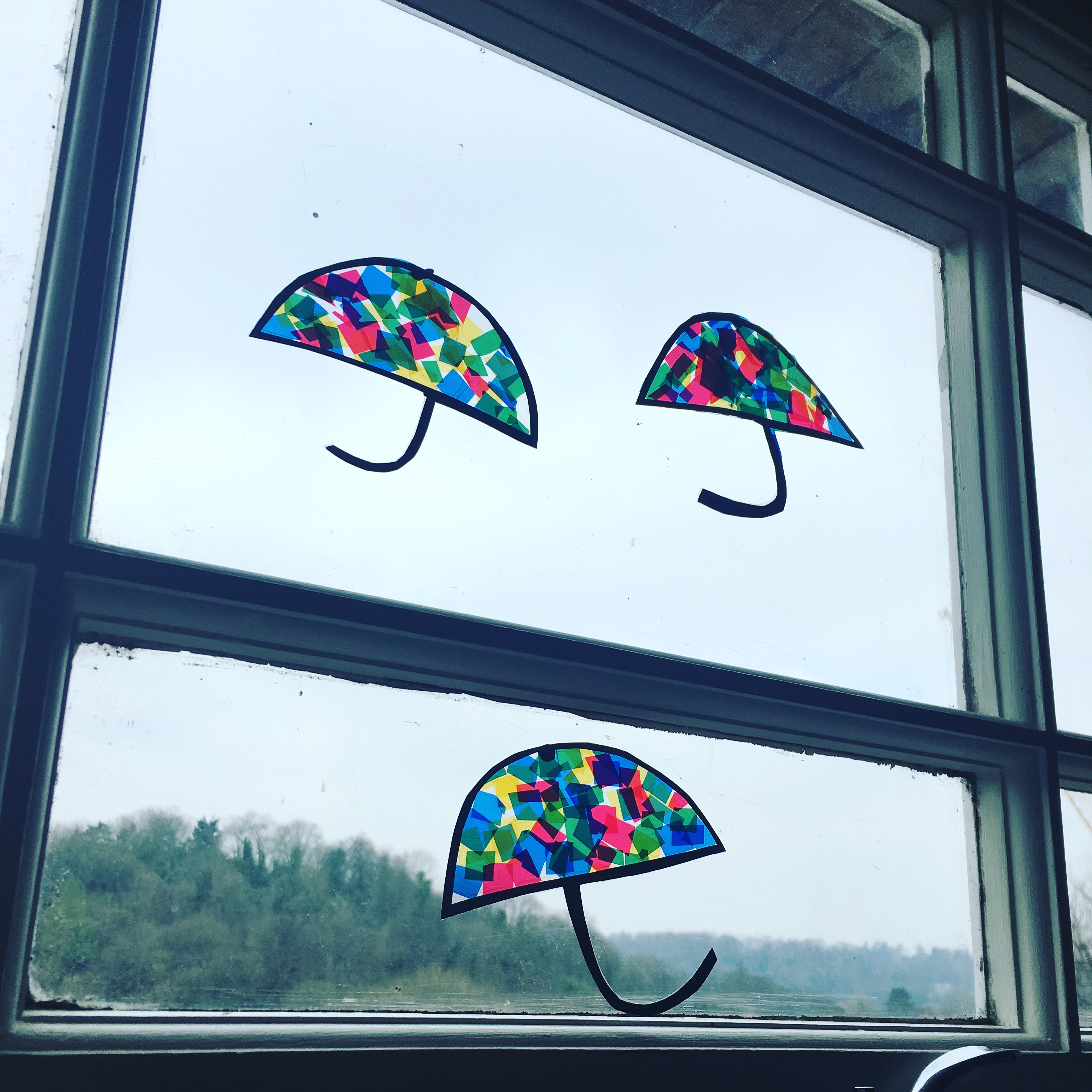 Ariella has over the two weeks blossomed too, she spent quite a lot of time on her iPad while we were away – although we had some open-ended toys with us too. We noticed then that something had changed, she was playing with the various apps in a way we’ve never seen before. She was able to match every item in her matching game which is quite tricky as you have to drag them over to the right item with your finger. On our return she was suddenly able to do the matching puzzles too and understand that different shapes fit into different pieces. Many of the iPad games have puzzles too in the traditional sense, which she was again able to do.

Music class was back on much to Ariella’s pleasure, she loves her music class and was very happy to attend again. Monkey did not get lost in the Indian Ocean as you can see! 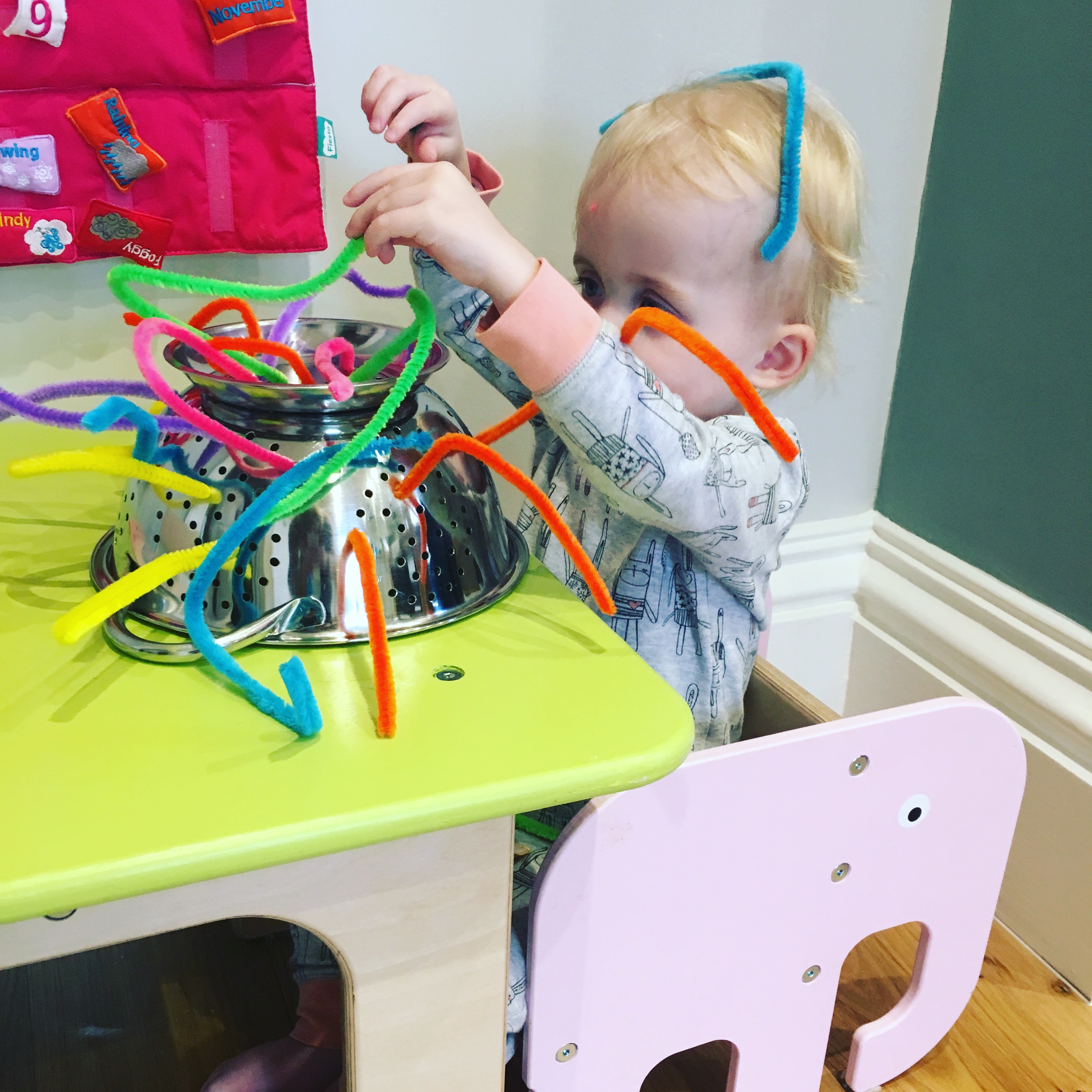 She had come back a more confident child and less scared of her surroundings, for example this wiggly worm exercise. I’d tried it with her before and she had cried not wanting to touch any of the worms, throwing everything to the floor. I had a feeling this time with the big change we had noticed that it well work and as you can see she enjoyed it very much.

Thinking I might be on to a winner I grabbed her dolly out too and tried a bit of pretend play, amazed again that Ariella was engaged straight away. The same day I took her to a local toy shop to buy a more baby style dolly for her pram in the hope that it might encourage her to push her baby along (like her mum). 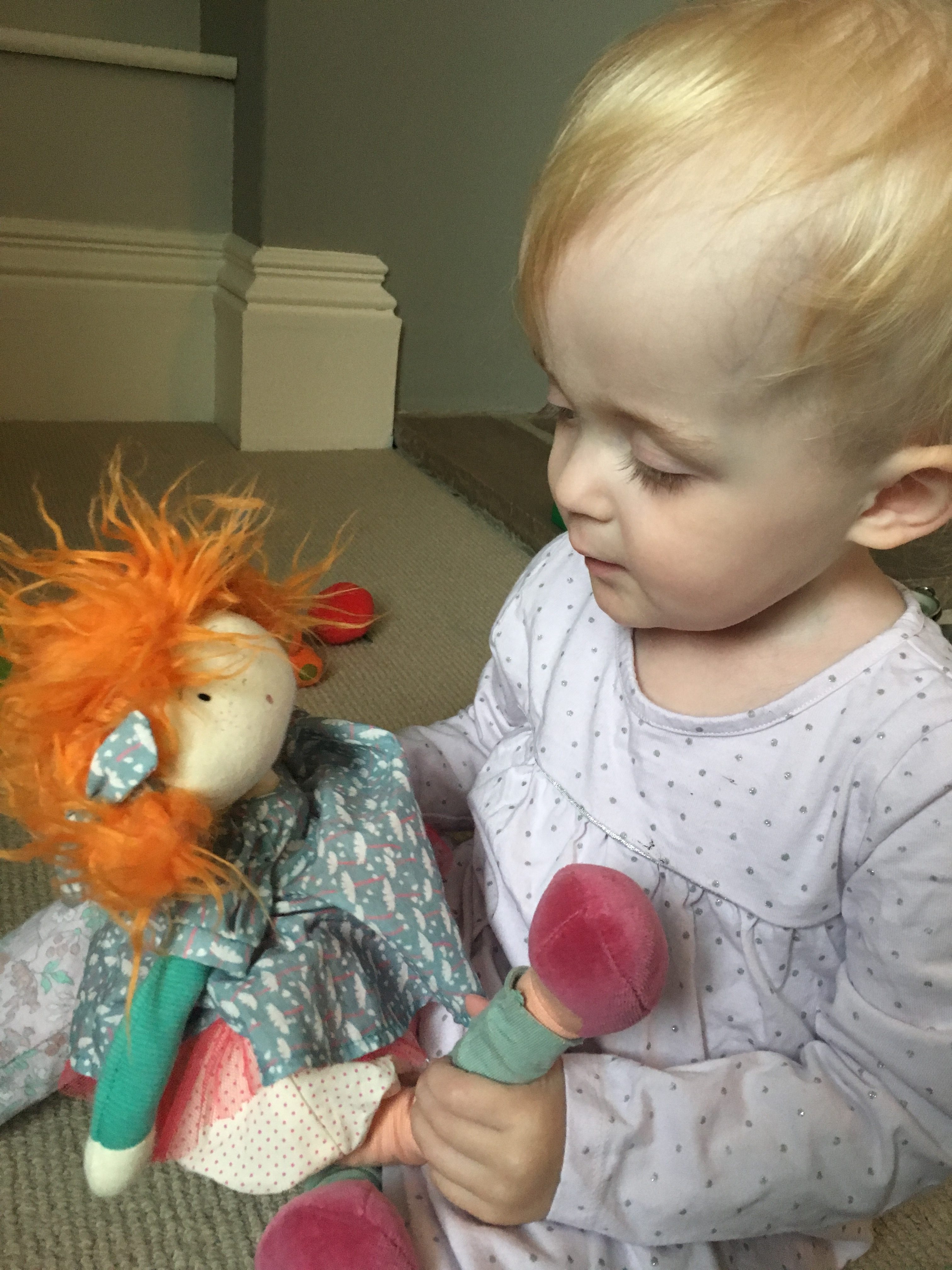 It’s been a week of fun new playing and It’s making for better days all around. Ariella is a lot happier now she can communicate well and enjoys playing with her toys without becoming frustrated. She loves her kitchen and has taken to carrying around utensils while she cruises around the room. Her vocabulary has exploded, she knows all the vegetables for her kitchen food and we’ve been making soup with the saucepans. While we were away we a book which has all the letter’s of the alphabet called ABC which I bought second-hand as it’s not being made new anymore. I really wanted it to be exactly the same format as her numbers book seeing as she did so well to absorb her numbers. I’m so pleased that it seems to have worked, Ariella now knows her A – Z’s and is able to read three-letter words like “Cat, Dog, Car”. As well as this she is able to sound out phonetically for some words that she see’s (usually on TV) and I’m finding this rather amazing to watch. In summary lots more imaginative play, lots more fun all round – it’s been a blast this week! 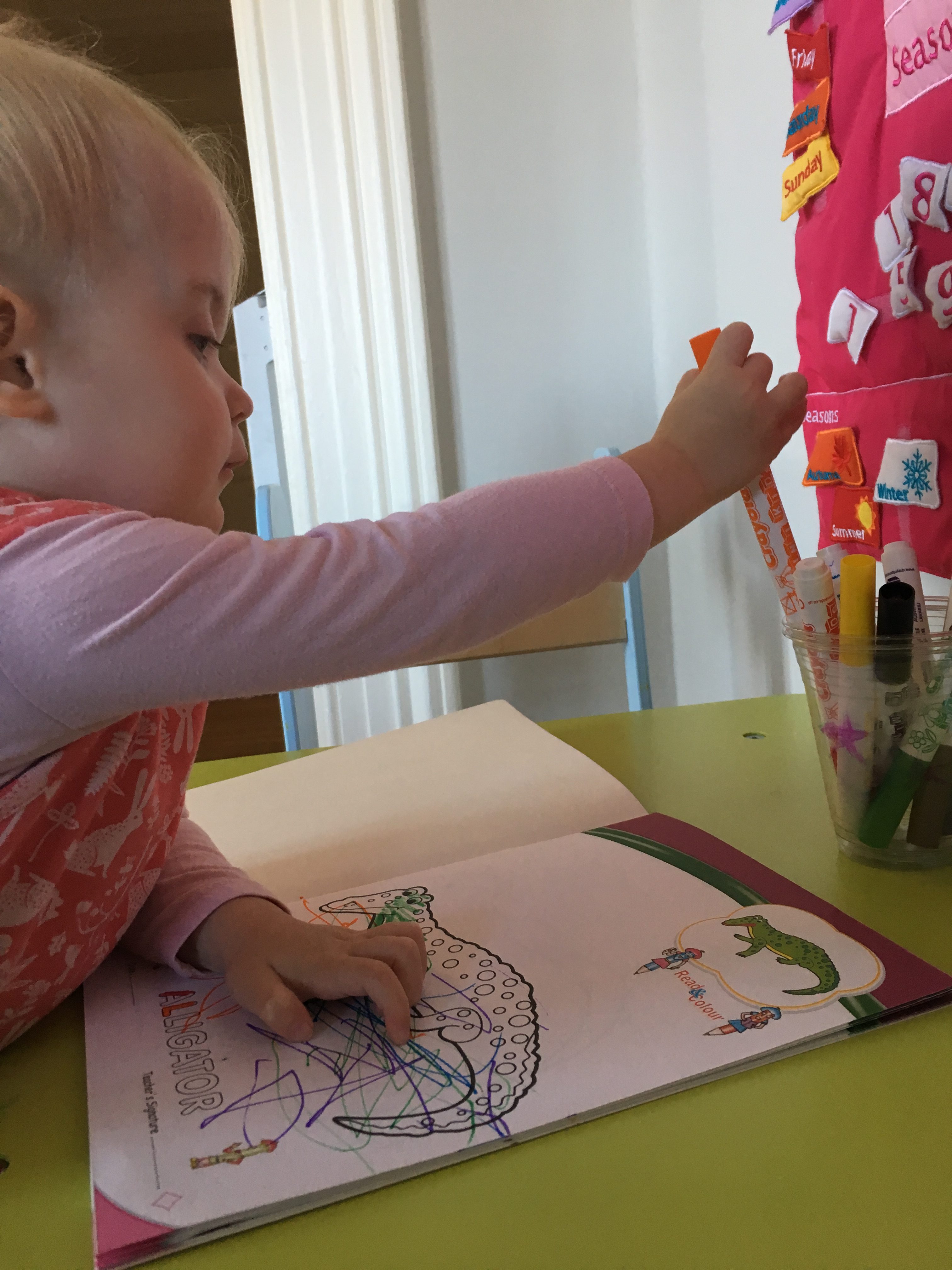 We’ve decided to try a new approach with Physiotherapy, Ariella has a body wrap made of Lycra for her torso and still wear the Piedro supportive boots. Her ankles are still very bendy so she will need to wear them more often than not for the next three weeks, only taking them both off for sleep/foot/travel. Hopefully this might provide extra support for her torso as the muscles there aren’t quite as strong as required to help her walk. We will see how this goes the next week! 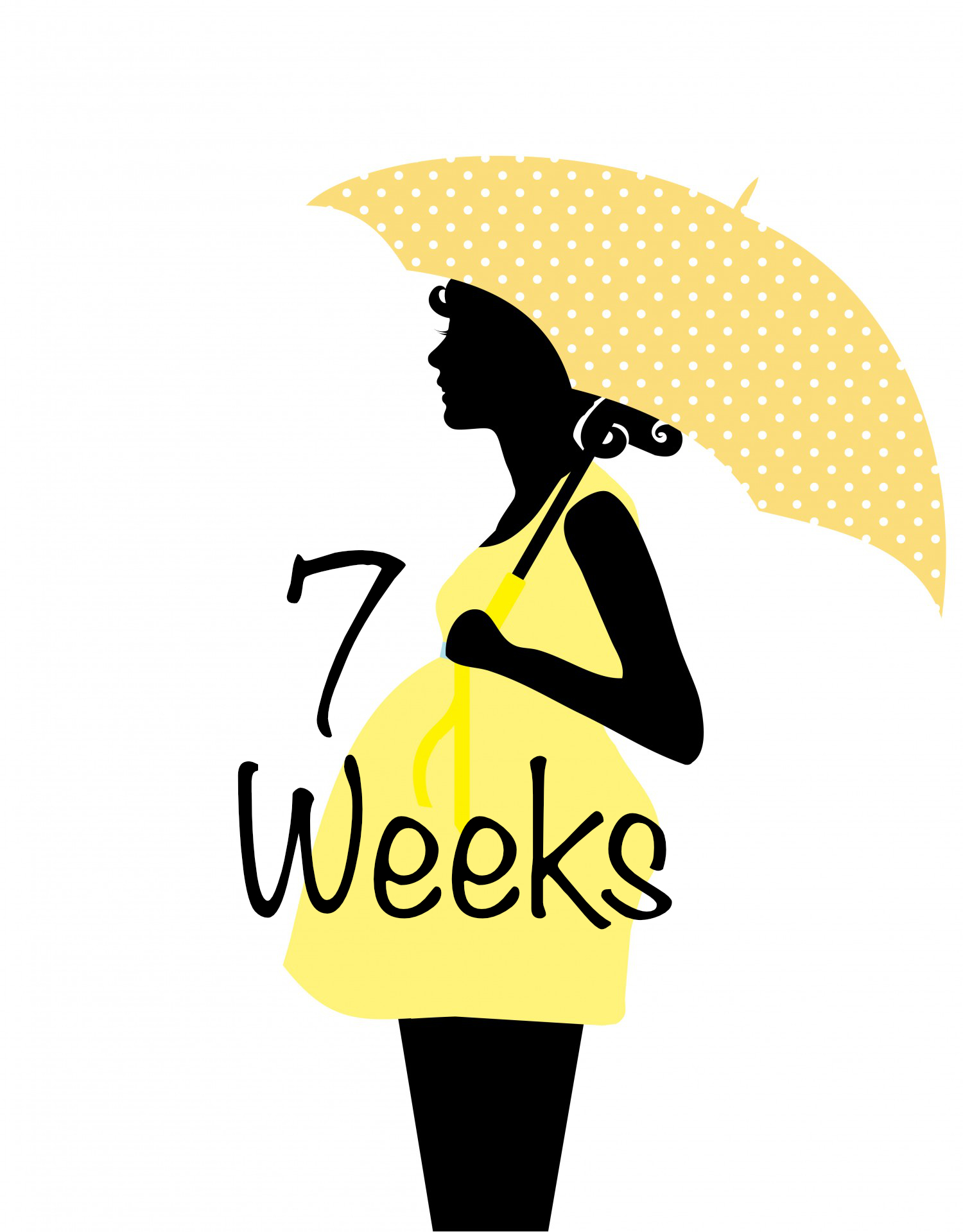