Preparing to be confined to a relatively small space with a wriggly demanding toddler and actually being confined to a relatively small space with a wriggly demanding toddler are two very different experiences. All in we prepare well, we had a whole manner of snacks of which had been separated down into two plastic bags written with a good old sharpie, “Out going flight snacks” and “In going flight snacks”. I laced these with all her favourites, chocolate, crisps, pom bears (why do they like them so much?). I also ordered online using Boots air side a collection of Hipp Organic toddler meals which conveniently can be eaten cold or hot, those went down a hit. We didn’t use them much on the flight on the way as it was pretty much a sleeper flight for Ariella. A chauffeur service with Emirates was scheduled to pick us up at what was to be a reasonable time of morning, car seat prepared (they called us the day before to confirm what type of seat) we sat down in a very overly large Mercedes as the driver began the journey towards Gatwick taking a scenic route to avoid the motorway – it was a week day morning and I was quite pleased to see green rather than the long and straight of the M25. We whizzed through security using the priority lanes and soon enough we were searching down somewhere to have lunch.  I realised a day before that they had a Wagamama’s airside in Gatwick’s North Terminal, a couple of hints and we were heading there for lunch rather than making use of the Business Class lounge which I think would have been okay too.

I think sticking with the known was best, given that we knew it would lead to Ariella starting the flight off with a full belly and I had hoped she might be inclined to take her afternoon nap while on board. After lunch we hung around the lounge enjoying the many beverages on offer while Ariella sat watching BBC News on the TV behind her and eventually turning to her iPad. 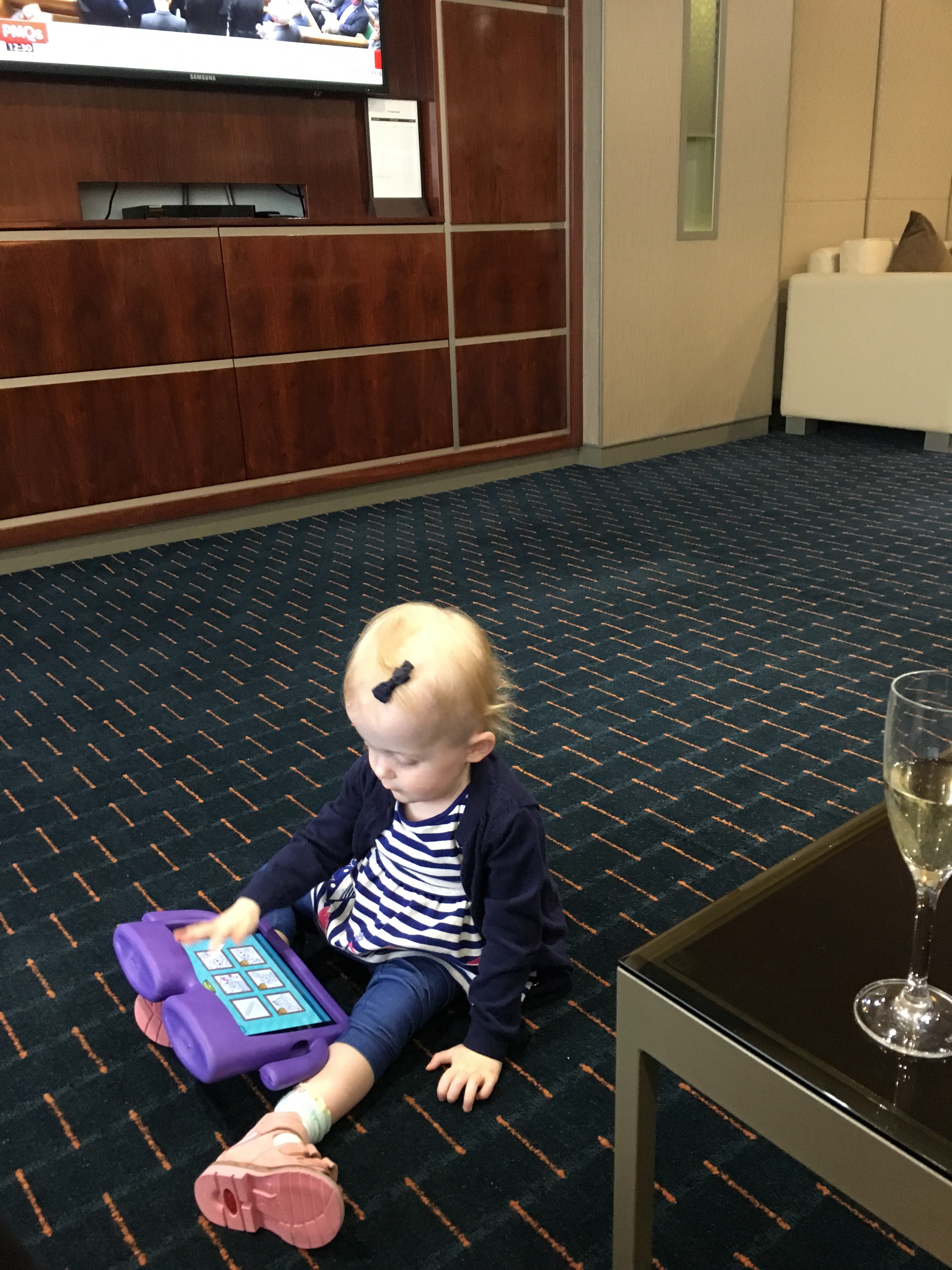 Before we knew it we were boarding the plane, Ariella enjoyed all the Hello’s and Good Afternoon’s – the novelty still very much there we headed up the stairs and found our seats. Immediately from this point onwards I was acutely aware of Ariella’s noise level, however we were pleasantly surprised with her ability to cope. She was soon hooked into the entertainment system and her iPad was hardly used on the trip out, with a variety of CBeebies, Disney films and other children TV shows for her to watch instead.

What she didn’t do a lot of was sleep, not on our way to Dubai anyway. She skipped her usual nap and it was difficult to prise her away from all the buttons and gadgets on offer. Even with the seat flat like a bed and “In the night garden” episodes on a constant loop she wouldn’t drift off. I couldn’t complain too much, we were able to get an extra empty seat nearby so while she was happy to just lie there watching TV we were somewhat happy (with cocktails in hand and a constant supply of caffeine). I found the huge expanse of time, watching the clock slowly tick by was a struggle even with the excellent flight information and cameras to watch the sky from. I should have packed a book for myself to read as I wasn’t able to fully concentrate on the flight entertainment myself while listening out for Ariella. We had picked great seats, I left Jamie to sort this out – on the A380 leg we had the middle seats of two together and with the middle screen down it felt like our own little space.

I hadn’t anticipated how we would navigate eating on the flight either with Ariella on one of our laps. It wasn’t until bedtime that we realised the flight wasn’t at full capacity and gained the extra seat which would have solved this issue. However on the flight back we rotated the meals, so the crew gave us our meals at slight intervals and we asked for the trays to be cleared as soon as possible so the next one could switch seats.

We kept the night-time routine as normal as we could, brushed her teeth, put her into her PJ’s and hoped she might fall asleep for a little before we hit Dubai (local time midnight). She didn’t, this was probably the most stressful part as she was tired and it was time for bed for her. For the last hour or so we had to keep her entertained with walks of the cabin, Jamie took her up to the bar for a while. Before we knew it we were making our descent down to Dubai ready to brave security again and to seek out the next lounge.

I popped Ariella into the Tula once we had landed, it was uncomfortable for a short duration as the outside temperature in Dubai was rather warm. But once in the air-conditioned airport it was perhaps the best option. Dubai Airport offer strollers which you can pickup and use all the way to boarding your plane. This is handy and while we didn’t make use of it on our way we did on the way back, I think it’s a great idea. Ariella wasn’t too happy at this point and the airport was heaving with traffic. I’ve never seen so many people, the lounge was rammed too I wouldn’t want to have been trying to find a seat outside. We found some snacks, water and more importantly seats and did our best to keep Ariella happy with her iPad while we waited for our connection flight. Luckily we rarely had to wait around long and after an hour or so we headed to our gate and boarded the plane straight away using the priority lanes.

Once on board I strapped Ariella in and she fell asleep in my arms immediately, Dubai to Male was around four hours she slept for three and a bit only waking once we started our descent down again. During which I decided to forgo my meal allowing Jamie to eat (I had dinner on the previous plane when he did not) and nursed my early morning champagne with my free hand wondering how long we would be waiting for our speed boat transfer. 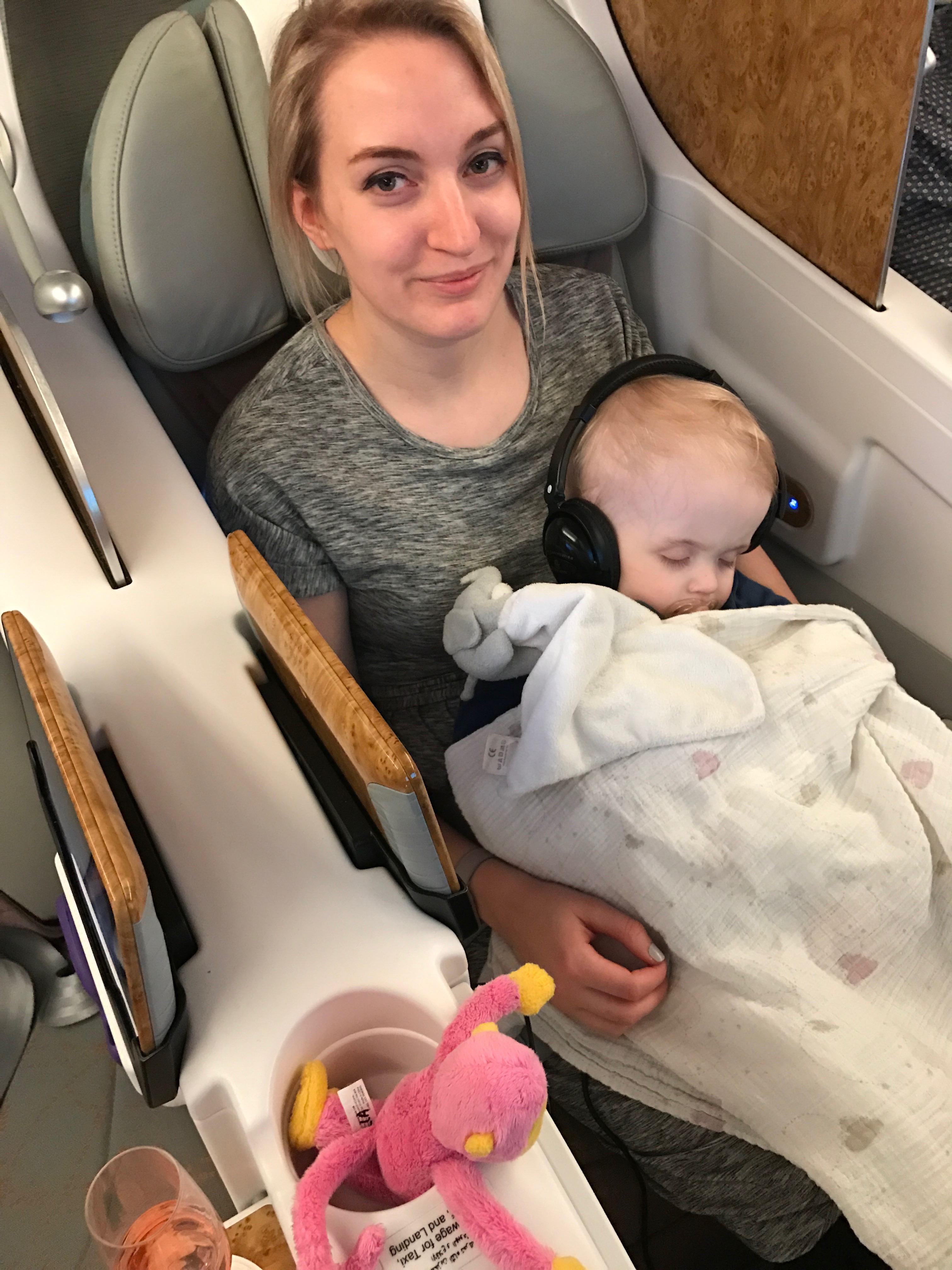 As it turns out not long, which was really welcoming given that we were all pretty tired by this point. Local time 8am, UK time 3am five hours difference in time but they do a pretty reasonable job on the flight to try to reset your clock. It had felt like we had sort of had an evening and night but also not. Staff assigned for the island resort were waiting for us once we had claimed our bags and gone through passport control, which came out first – Thank you Emirates! We waited in a little air-conditioned area while he gather up a few other guests whom were arriving shortly. We took this time to take Ariella to be changed into her dress, hat and applied suncream.
Before long we were on the speed boat, which was also air-conditioned and Ariella fell asleep in my arms again – it was only a forty minute transfer. The ride was choppy, I was amazed she managed to fall asleep but she did. Meanwhile I was trying not to throw up, still get sea sick – it had been years since I had been on a ferry at sea and lost my lunch to it. I’m glad to say I did not repeat this experience however clearly if I had then I wouldn’t be the first, they had provided bags, tissues and mints for the poor souls who might.

I was also expecting to have to wait quite a while for our Villa to be ready once we made it to the island. It was coming up to 9am by this point local time and for us 4am, I definitely felt that lack of sleep vibe. I also felt like I had been catapulted through the air at high speeds, which I replicated on the way back – does anyone else find this? Before long the boat had docked and we were taking steps off the boat onto the jetty. The weather was warm but a little cloudy, we headed to reception to check-in and find out how long the wait would be. A lovely member of staff greeted us with champagne in hand and we sat while taking in the views, hoping that Ariella would be happy enough for a little while longer now that she had slept even if just a little.

With delight we were told our Villa was ready! Before we knew it we were heading down to it on a golf buggy, sheer delight that we could put Ariella down to sleep in her own bed and that the journey was over with hit me and I finally felt like I could relax. Ariella fell asleep eventually and we let her. We decided to keep her up after the nap until after dinner and before long we had changed her over to the new time zone.

Next up I’ll be writing about all our fun while on the Island, stay tuned!

Our Holiday in the Maldives – Part 2 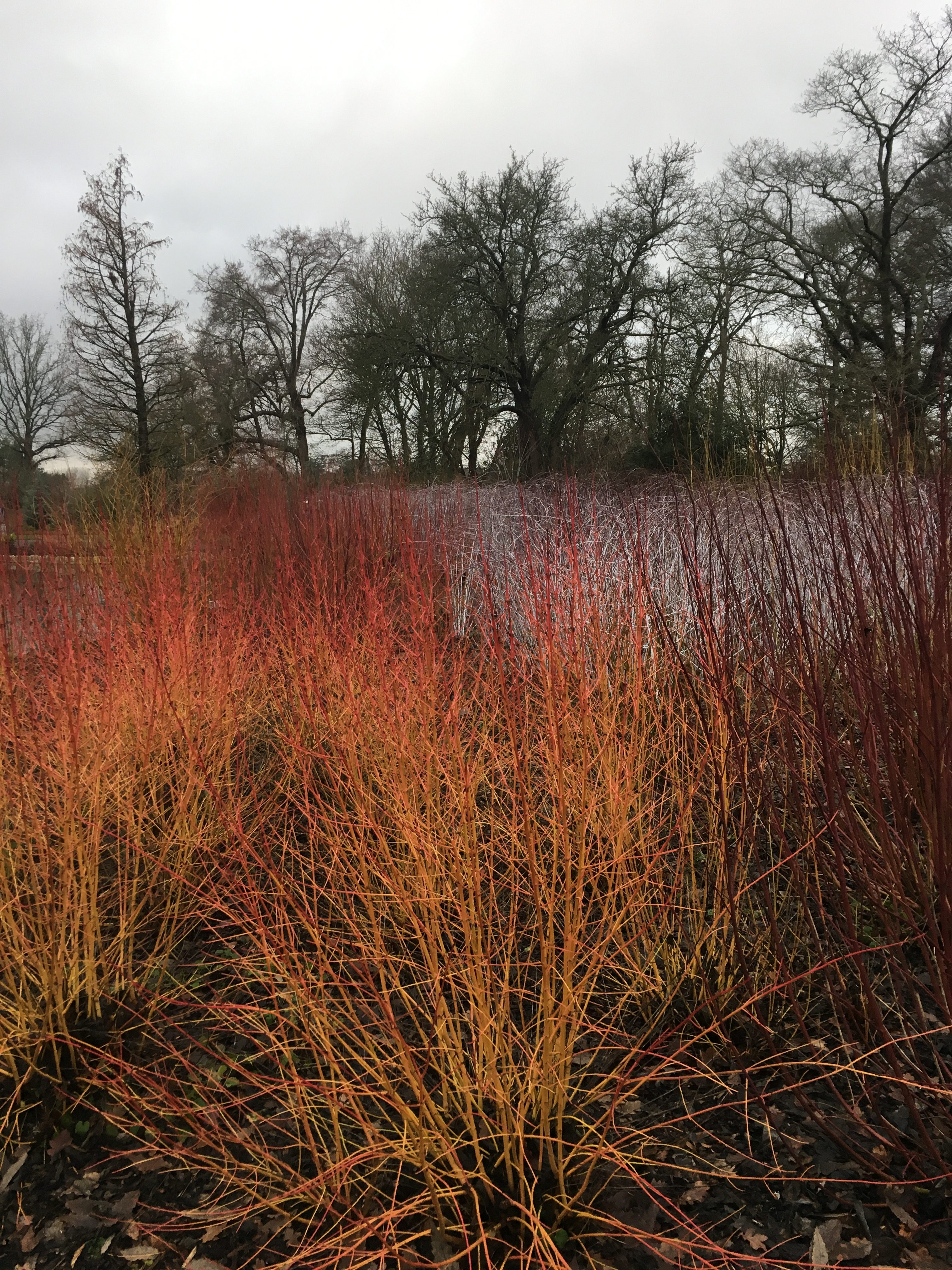