Christmas was pretty busy, I feel that I should have taken more pictures in the moment but perhaps it’s nice sometimes to just appreciate it yourself. Ariella has been very throughly spoilt by all her family and friends this year. We bought Ariella the Duktig IKEA kitchen, she didn’t get to see it Christmas day as it really just would not have been transportable. The pots and pans and cutting vegetables/fruit go perfectly with the kitchen, thanks to her Uncle/Aunt and cousins!

It’s been great to see the expansion of her Happyland set courtesy of her grandparents, she now has a farm and a playground to add to her collection. All her new advent friends can space themselves out a little more, I’m undecided exactly what I will do with those special characters after the festive period ends. Perhaps store them for next year, I doubt we will get another Happyland advent unless they change the theme each year? Perhaps you know a nativity one would be great for the new barn! 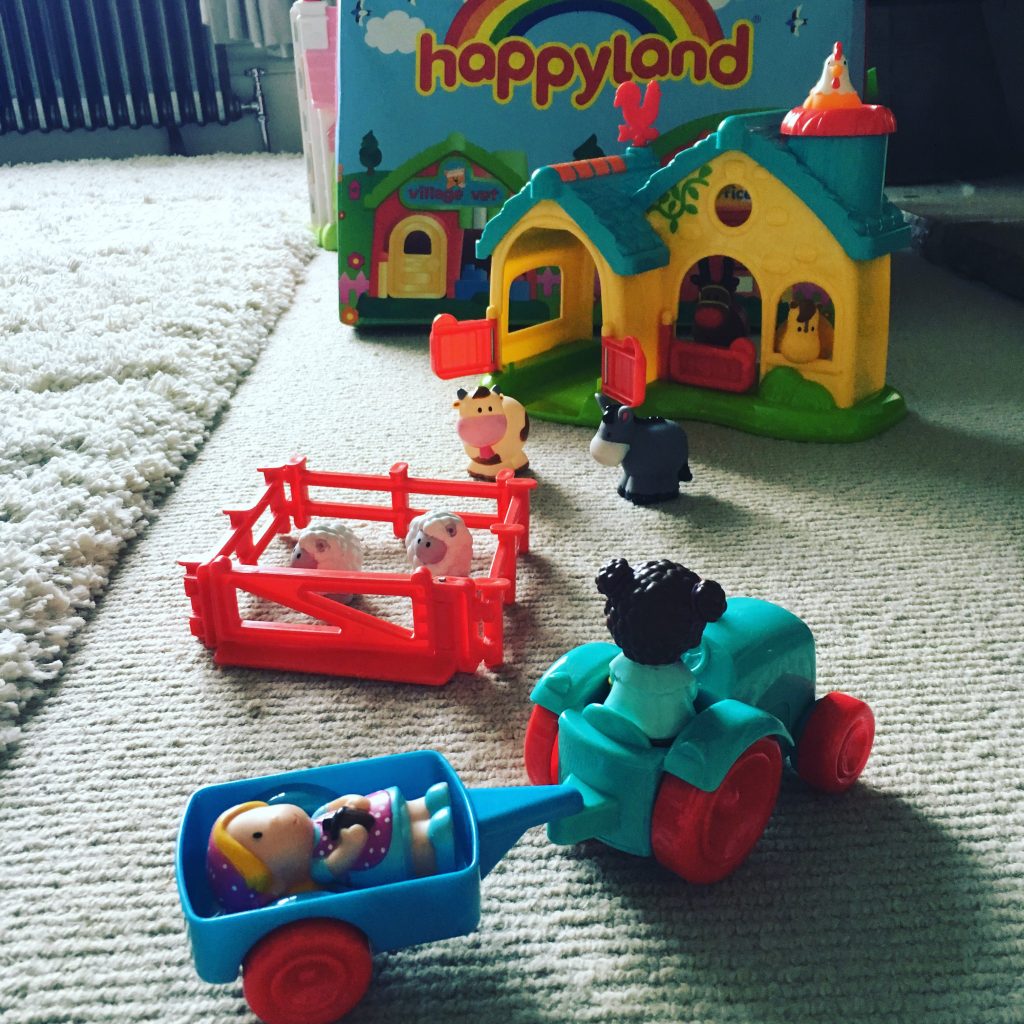 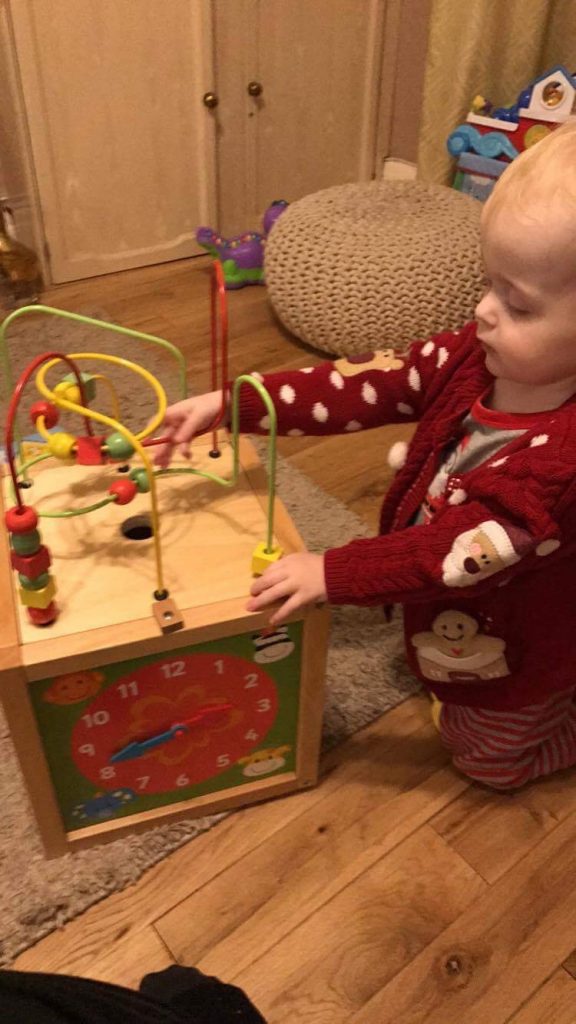 It’s been lovely to spend a few days as a family with Ariella, appreciating all her toys and seeing her interacting with them in a way that until now she really hadn’t been. She has a new bigger wooden activity cube which she really loved, on Christmas morning I think this diverted her attention from unwrapping the rest. Thank you to Uncle James and Deni for this! She has learnt to post things with her ELC post box, which I talked about previously. This wasn’t a Christmas gift, I purchased it a little before in the hope that it would help her with her fine motor skills – seems to be the case. It’s been really good for explaining posting Christmas cards too! 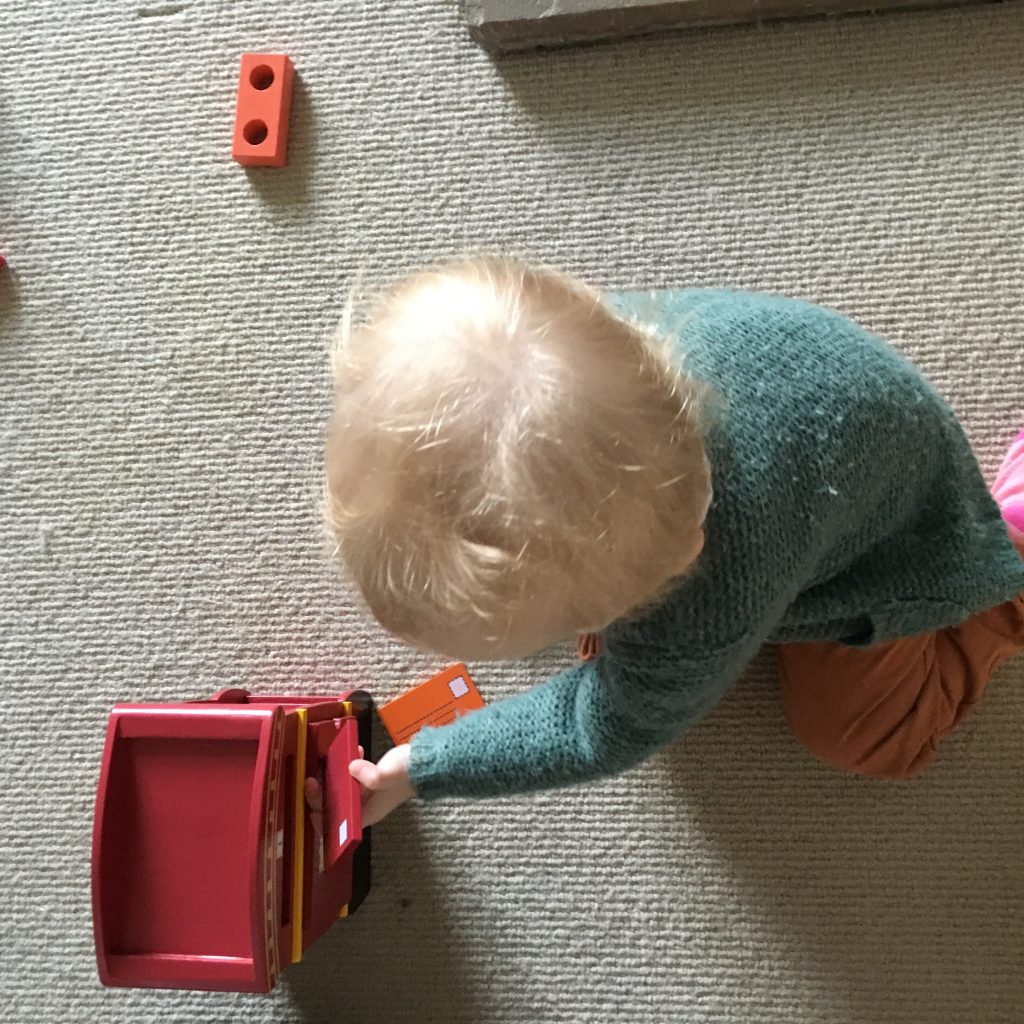 Poor lonely tree – all the presents are unwrapped!

I thought I would just share a few bits of what we’ve been doing with our time, this is Ariella enjoying some homemade soup. I love this recipe, it’s from Jamie Oliver “Sweet Potato, Coconut and Cardamom”, I don’t bother with the topping but Ariella loves it and so do we. Give it a go, it doesn’t take too long to do as you mostly leave it cooking which is always handy.

As I mentioned Ariella has only had her kitchen for a few days, I’m glad we went with the taller IKEA kitchen as she is just so tall! I’d like to modify the kitchen, have a look at all these DUKTIG hacks on Pinterest. If/when we get around to it I’ll upload it to the blog, I have a few ideas. It’s currently in its temporary home until the tree is removed and then it will sit in its place. It’s only really when you start pretend play that you realise you are missing some things, I need to get or make a tea towel. Ideally some plates, bowls, I’ve found some lovely wooden ones that I like on Etsy. 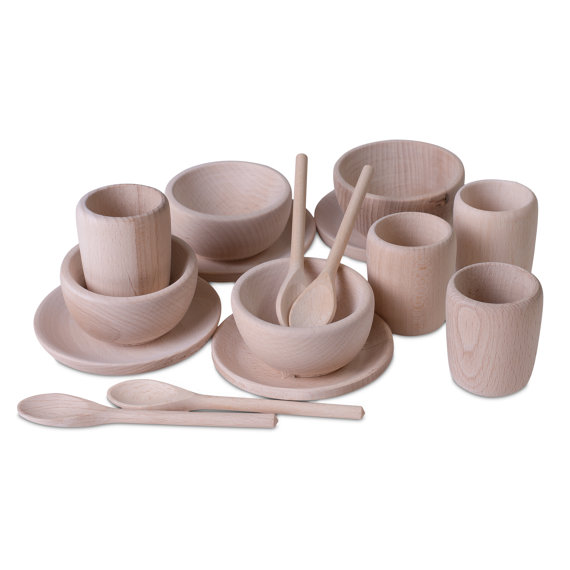 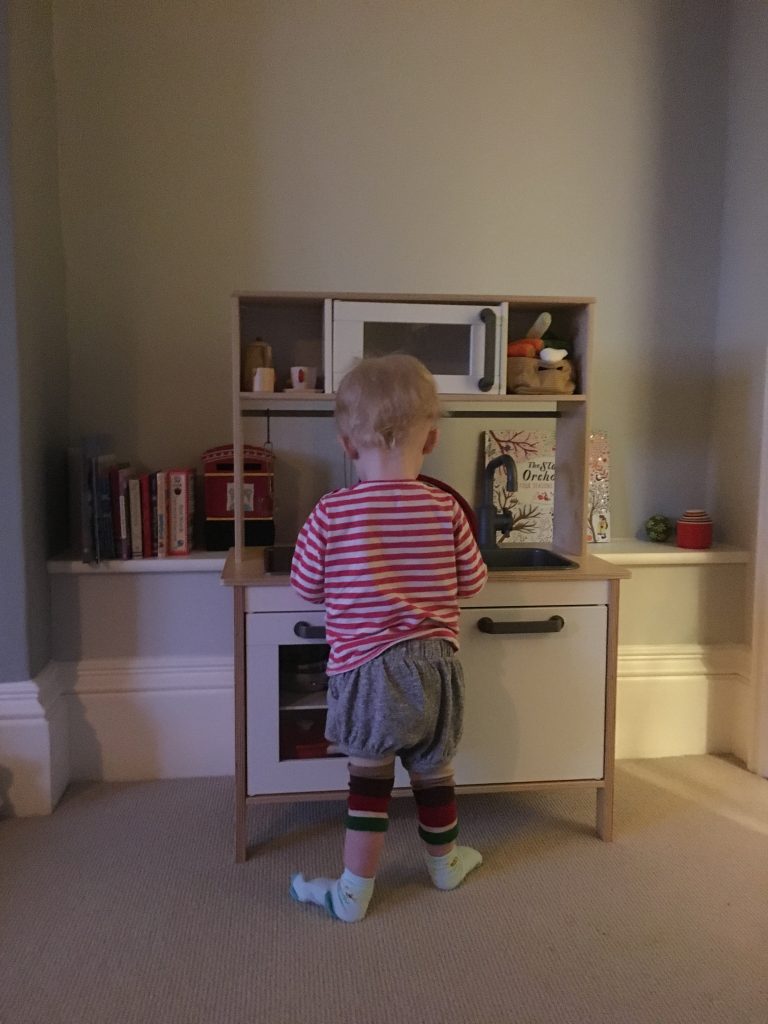 Ariella loves the little wooden tea set from Plan Toys, I purchased it on Amazon but have removed the sugar cubes and stirrer for now. When Ariella is suitably not putting things in her mouth I’ll introduce those again. Generally speaking she doesn’t often put things in her mouth anymore but she does occasionally and the cubes are just too tempting. Since getting home Ariella has gone straight to her kitchen and played with everything all day long, I’m so pleased as it will be helping her standing practice too.

Playing with her new kitchen with daddy!

We purchased some self-care Melissa and Doug boards, the latches board and one which teaches buttons, zips, velcro –  Basic skills for self care. She hasn’t been introduced to these yet but I’m really happy with the quality of the boards, I was recommended the latches one and the recommendation seems to be on form. They are bigger than I thought they would be too, luckily we had lots of storage space so I’m going to add these to the rotation of toys. I’ll be clearing off the shelves and changing them quite a bit as I feel rotation is really important. 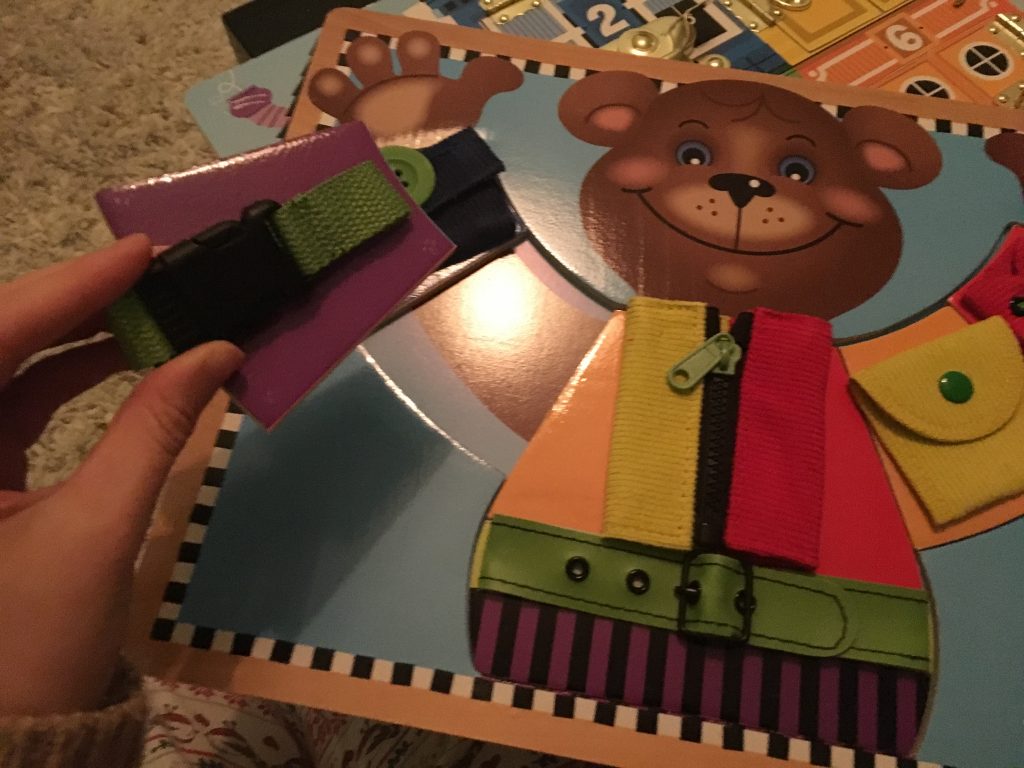 Melissa and Doug – Self Care board 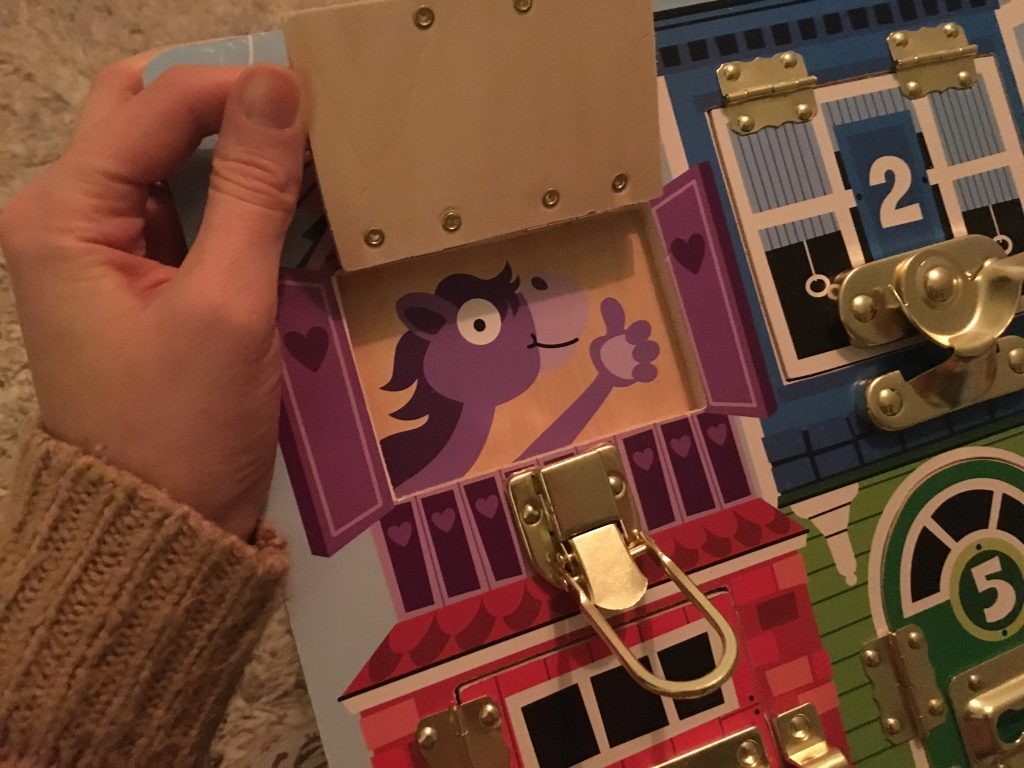 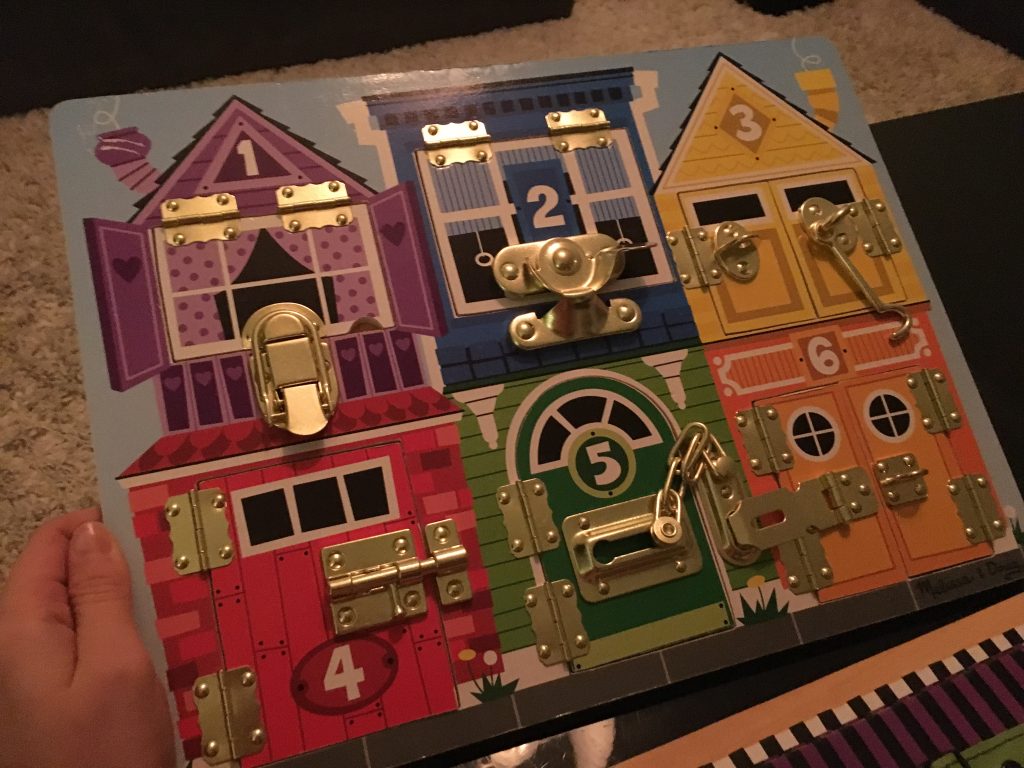 Melissa and Doug latches board 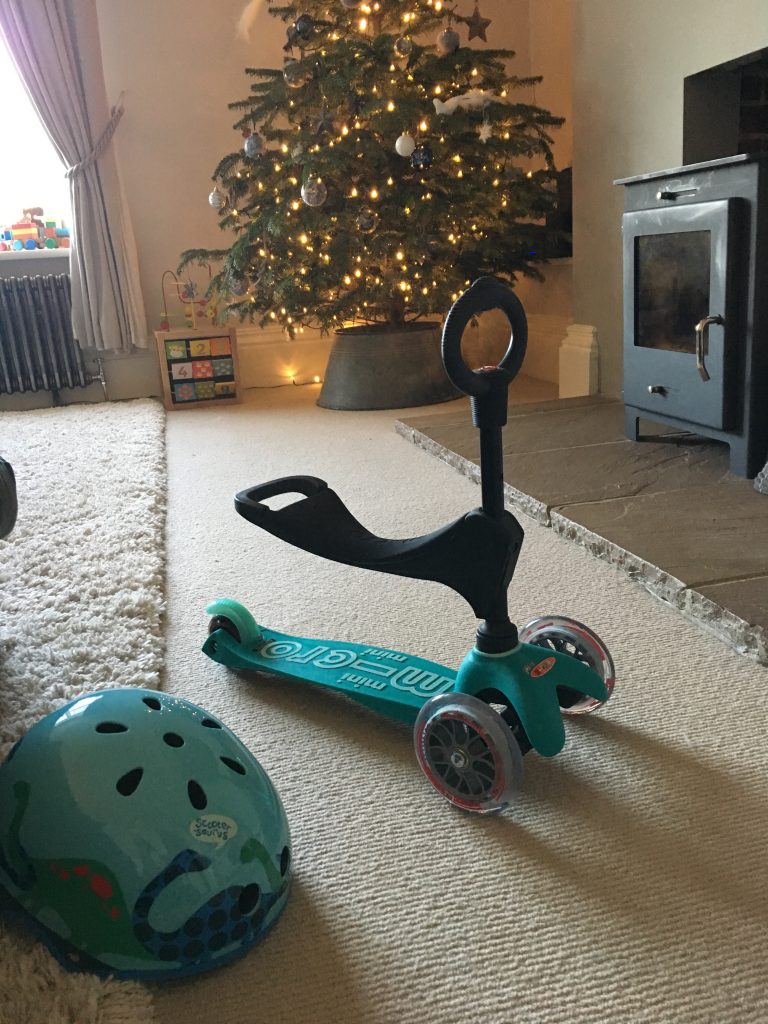 Ariella has a new scooter too, she is still very scared to get on but we hope that in time she will start enjoying the scooter. It will be great for her muscle tone and allow her to get around more freely, just a matter of building up confidence.

Here is a few of our walk today, it was -1 outside and frosty but we had a few things to do and decided to walk for them. A great workout, I achieved my exercise goal on my Apple watch – whoop! Which I then counted with a nice brunch at the Natter Cafe in Farncombe. 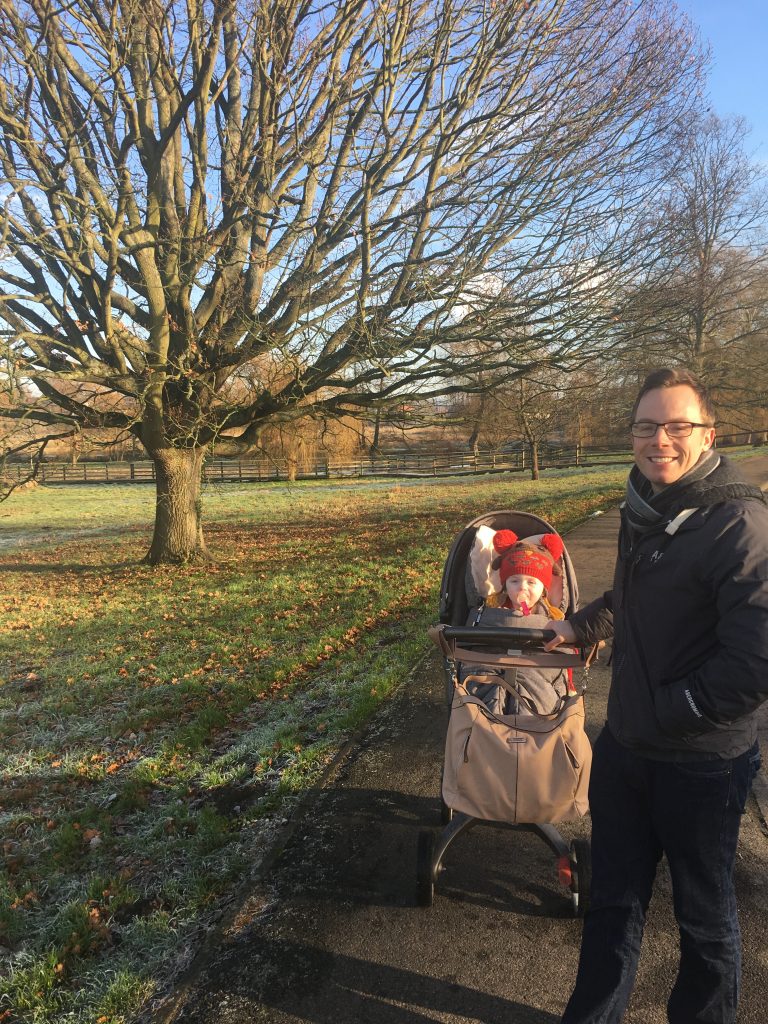 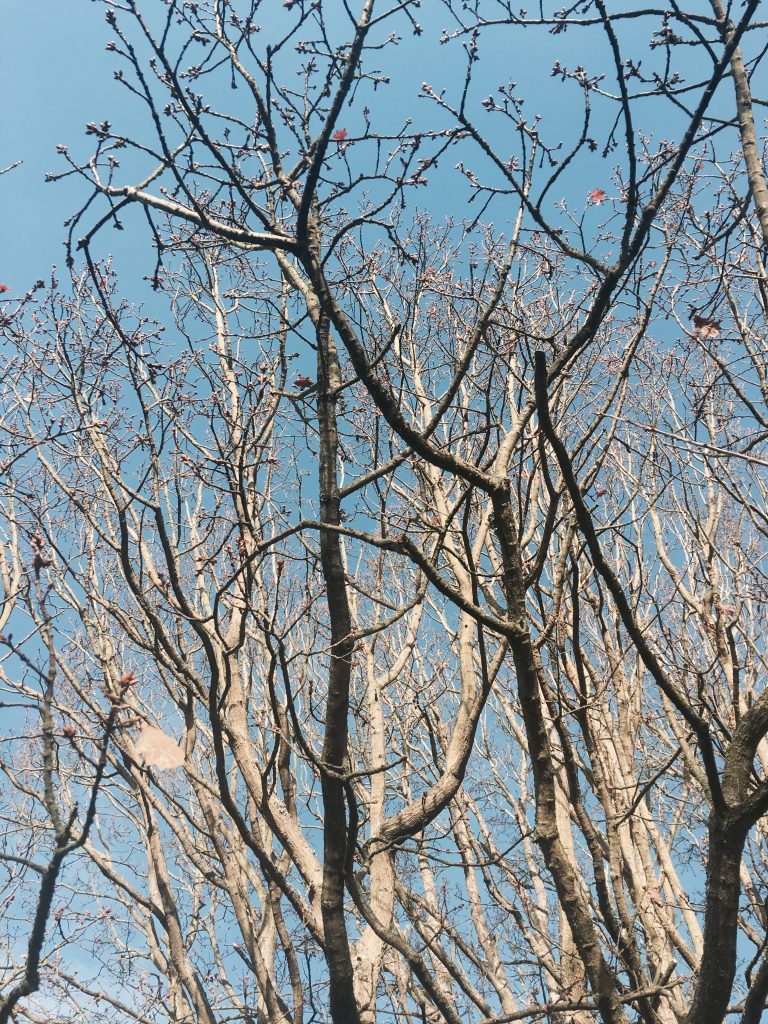 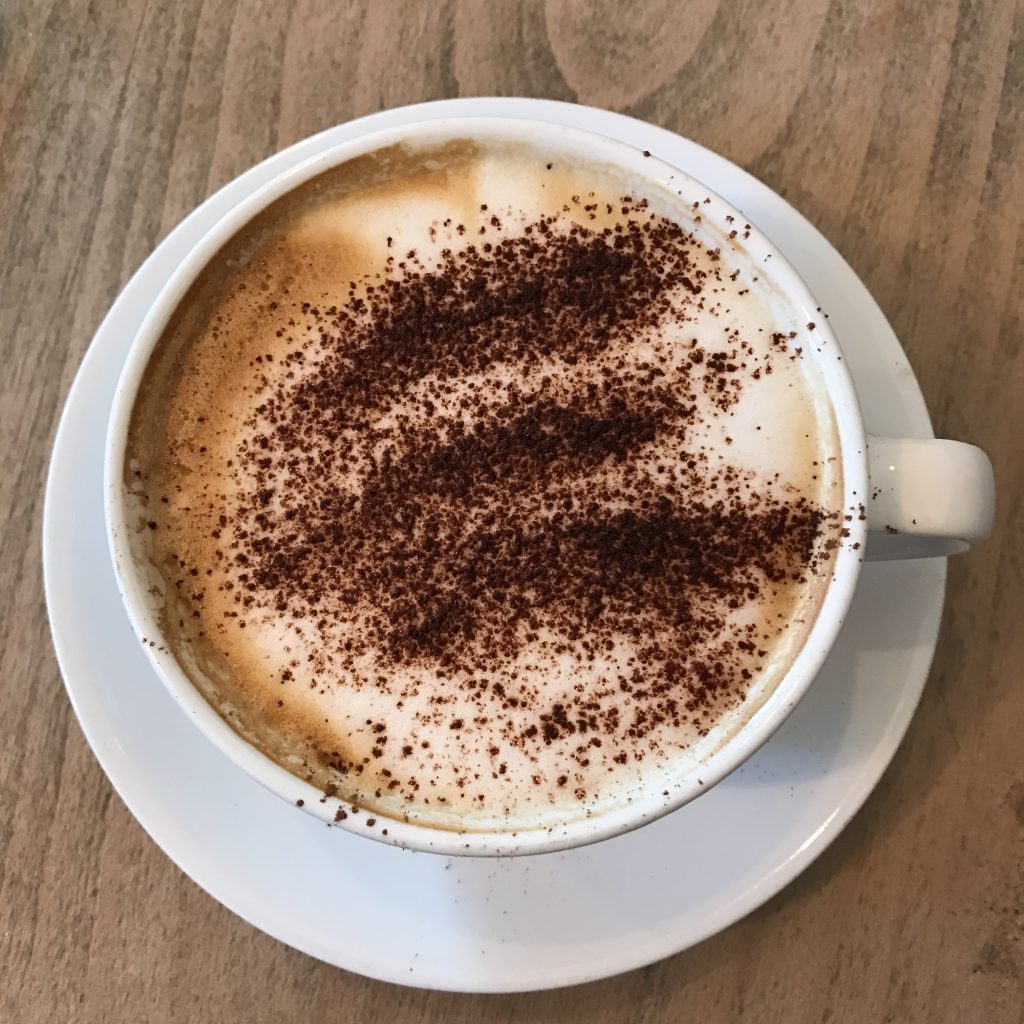 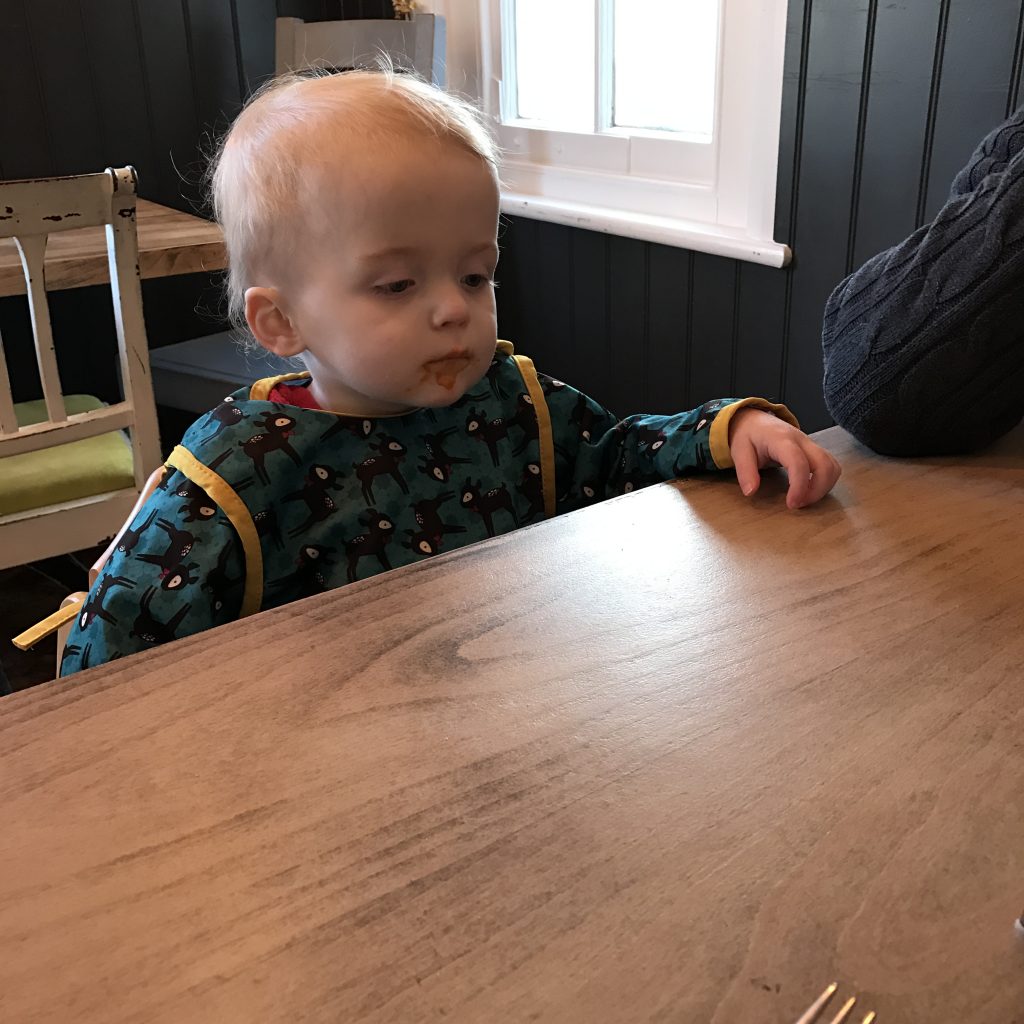 On our return the cleaners had come and gone, so we were greeted to a tidy and refreshed home. They had even accepted a delivery for us, a package from some family members in Australia came. We had been keeping an eye out for it and it seems it was clear why it had been held up, Royal mail had opened it to check the contents. But it had arrived and two lovely Winnie the Pooh books for Ariella were wrapped up along with a bunch of beautiful cookie cutters for us. Thanks guys! I can’t wait to bake some cookies with Ariella, particularly loving the kangaroo and the crocodile. 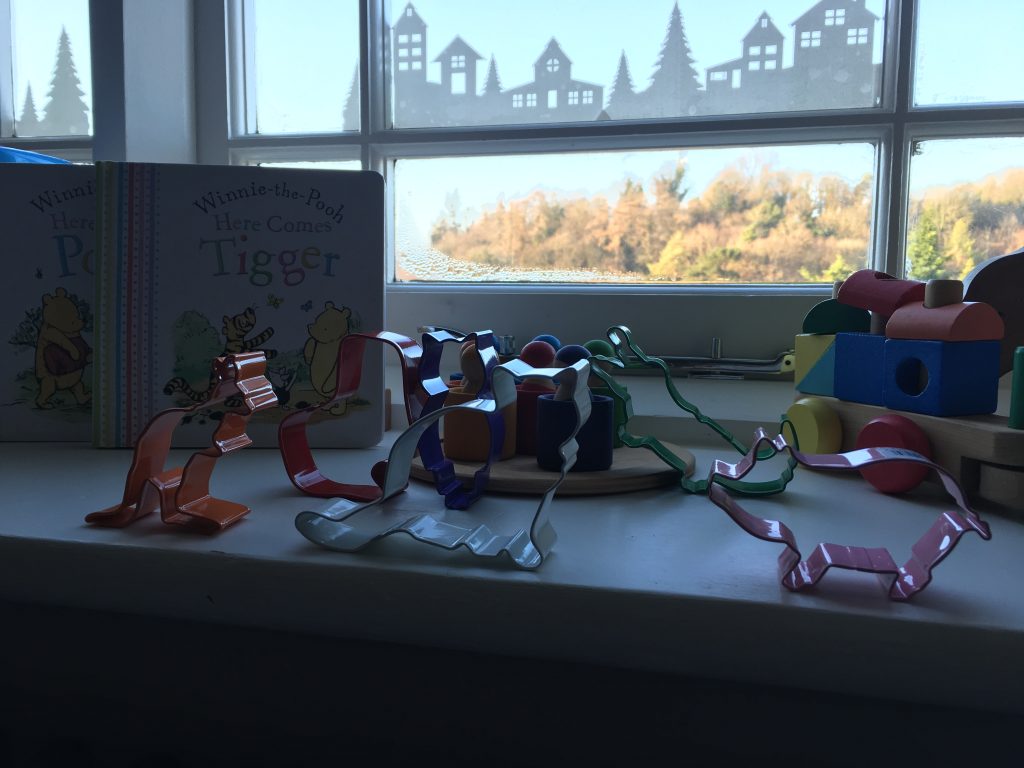 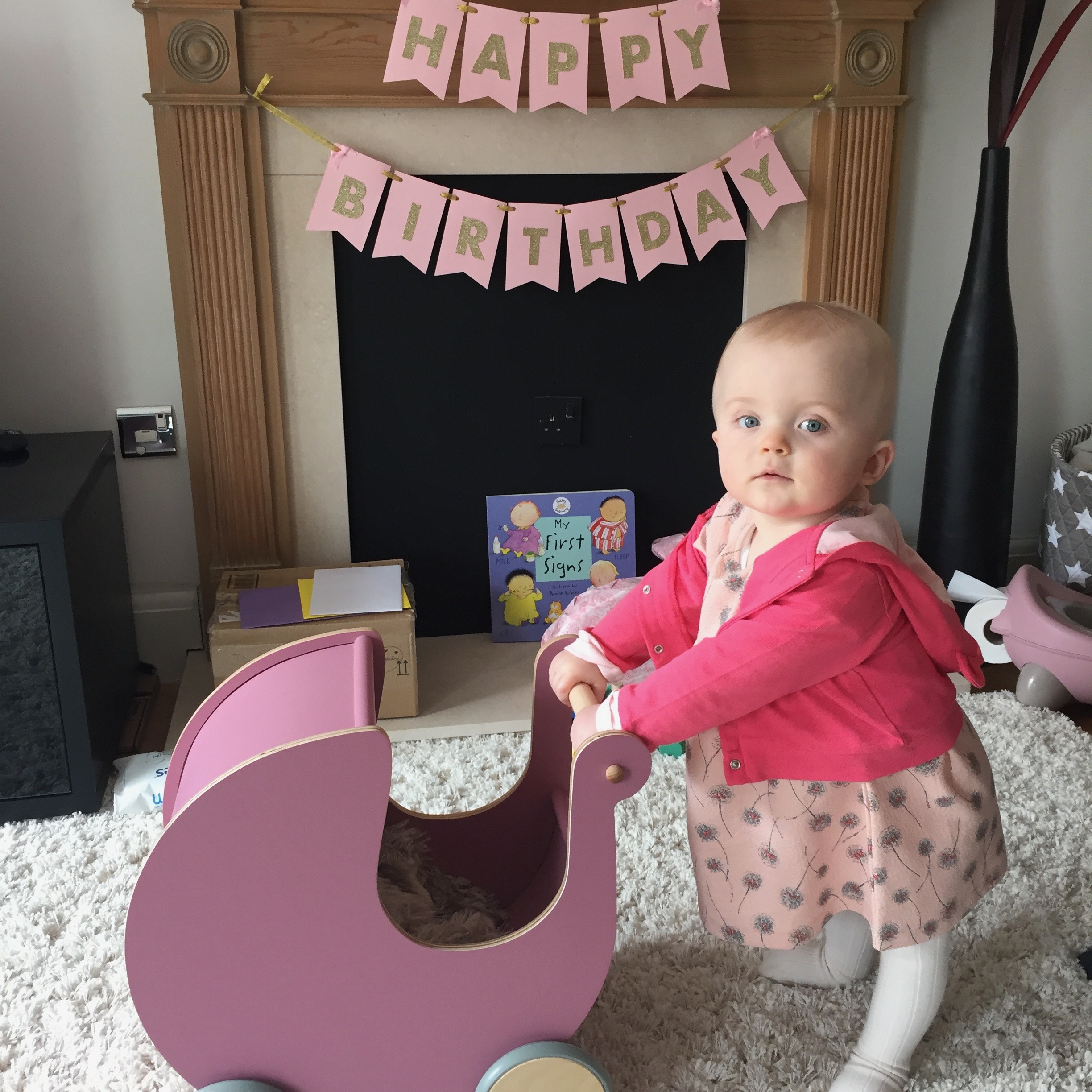