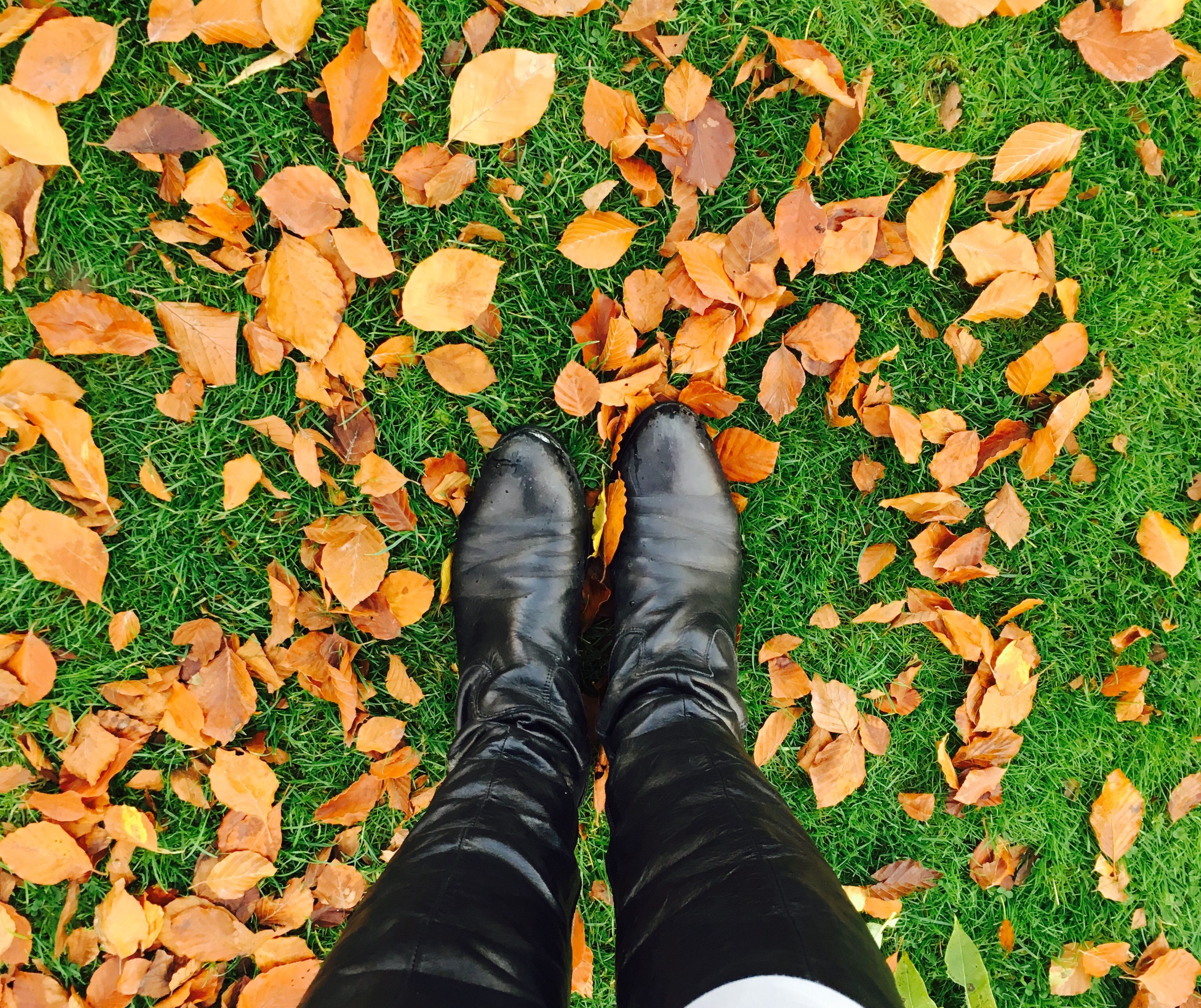 Sunday started pretty relaxed, we had a couple of things on the to-do list, Jamie (the husband) was tasked with taking a bunch of items to the local recycling centre, I needed to find those items from around the house  – we often wait and bulk up until we have enough that needs recycling to make the trip worth while. It feels great to have lots of extra space again, we had acquired silly things like two steam mops and two floor mops (yes lots of mops). I guess these things are made, bought and then when they break they are a pain to actually get rid of. We’ve also gone completely digital, finally we have taken all our DVD’s everything from games to films and they’ve been sent packing, even the PS3 is gone. Of course now everything is either stored digitally or streamed, there really isn’t much need for physical media and if anything it’s more effort to retrieve. I’m a huge fan of really clearing out things that just aren’t used, it’s how we maintain such a organised life here, our cupboards are organised purely because the things in them are used and put back. Everything has a place, if it has a use!

After all that hard work, we had earned a nice lunch, home made Eggs Royale all round!

Ariella loves eggs just like her dad, she also likes smoked salmon although doesn’t get it too often due to the salt content and is a big fan of home made hollandaise sauce on top of a poached egg. Once she caught sight of it, she was pretty difficult to keep distracted while hers cooled down. 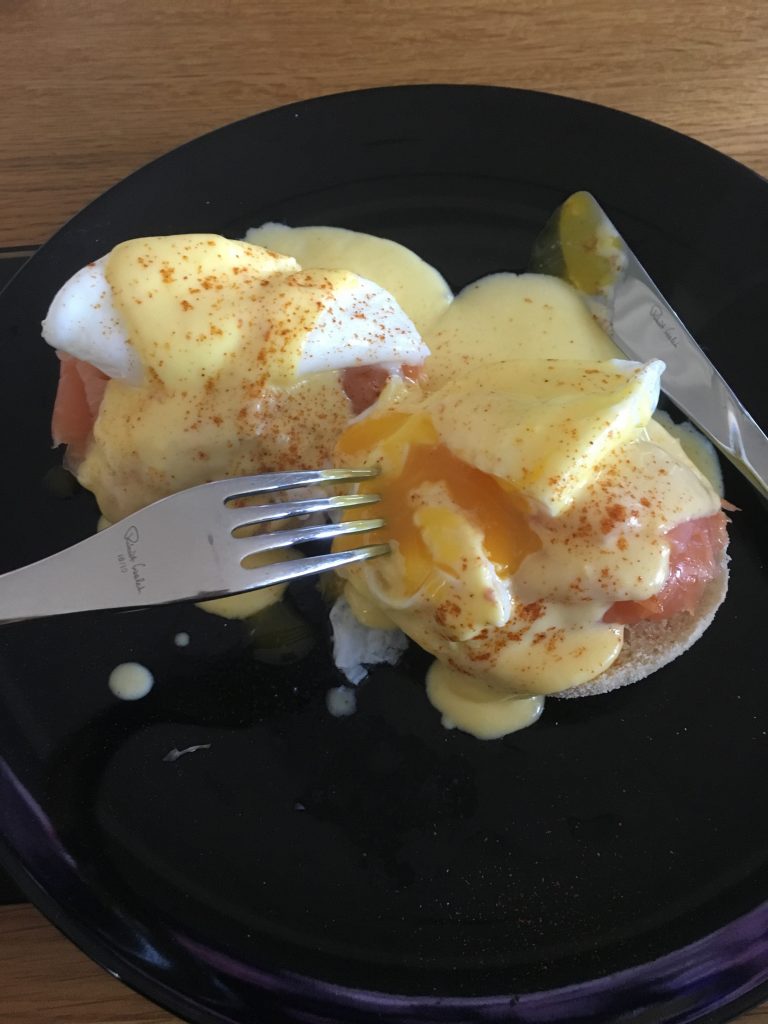 Lunch followed a long nap for Ariella she usually sleeps for two hours in the day now, this was perfect for us to get ready for the afternoon. Since joining as members of the National Trust we’ve been seeking out new places to go visit and Surrey is absolutely filled with venues. Alongside looking for somewhere to spend the afternoon we also decided to really start hitting the Christmas Shopping list, we ordered Ariella’s main Christmas present from us (we’ve gone down the route of a kitchen and accessories). This will hopefully help her to stand up and play more and work alongside encouraging imaginative play. I’m hoping to top up her presents with extra from “Santa” for her personalised sack that we bought her last year from a store on Etsy.

Once Ariella woke up we packed up the car and drove to check out Polesden Lacey.

‘This is a delicious house…’ remarked Queen Elizabeth, the Queen Mother on her honeymoon at Polesden Lacey. This country retreat, only four miles from Dorking and junction 9 of the M25, has glorious views across the rolling Surrey Hills and acres of countryside.  It was home to famous Edwardian hostess Mrs Greville, who entertained royalty and the celebrities of her time.

The gardens offer something for every season, including climbing roses at their best in June, a herbaceous border that we’re currently restoring to pre-war glories and a winter garden bursting with yellow aconites.

The wider estate provides plenty of space to let off steam on a walk through woodland or over rolling hills, with four waymarked trails to try.

On arrival we were surprised how vast everything was, there are walks that you can do up to around two and a half hours (maybe another day!). The carpark was packed and there were so many people which surprised us as we did go later in afternoon.

We were really just looking for somewhere to walk but we were hoping to actually go into the house too, sadly one of the staff waiting by the entrance to the house said they were closing. Which was quite surprising as it was only 3:20pm! However we are hoping to visit again during the Christmas festivities they have planned and it’s only a forty minute drive so disappointing but we hadn’t made the trip exclusively to view inside the house. 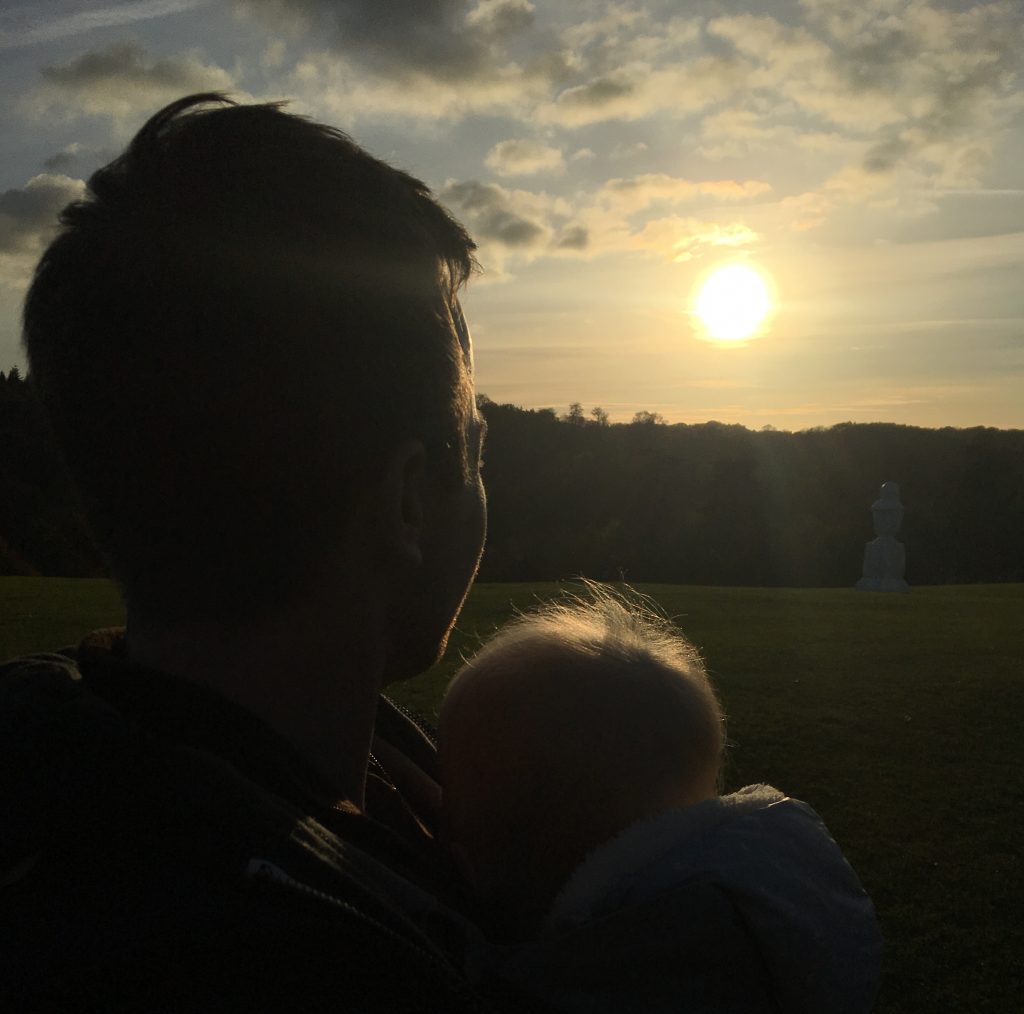 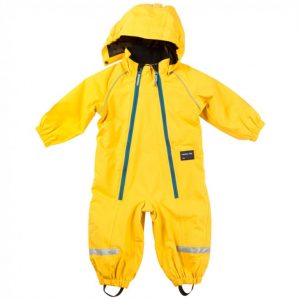 The grounds are truly beautiful it’s really no wonder that this is one of the National Trusts most popular venues. Looking out onto the renowned Surrey Hills, I could very easily picture living here back in the 1900’s. The gardens were very well maintained and in spring and summer would be spectacular, at the moment everything is sitting quite dormant preparing for the long winter ahead. Even driving to the property was a treat, it’s a really pretty area. Over the weekend I ordered Ariella an all in one waterproof fleece overall from Polarn O. Pyret so once that arrives (providing it fits) I’ll be able to put Ariella down on the Autumn/Winter ground to explore more for herself. 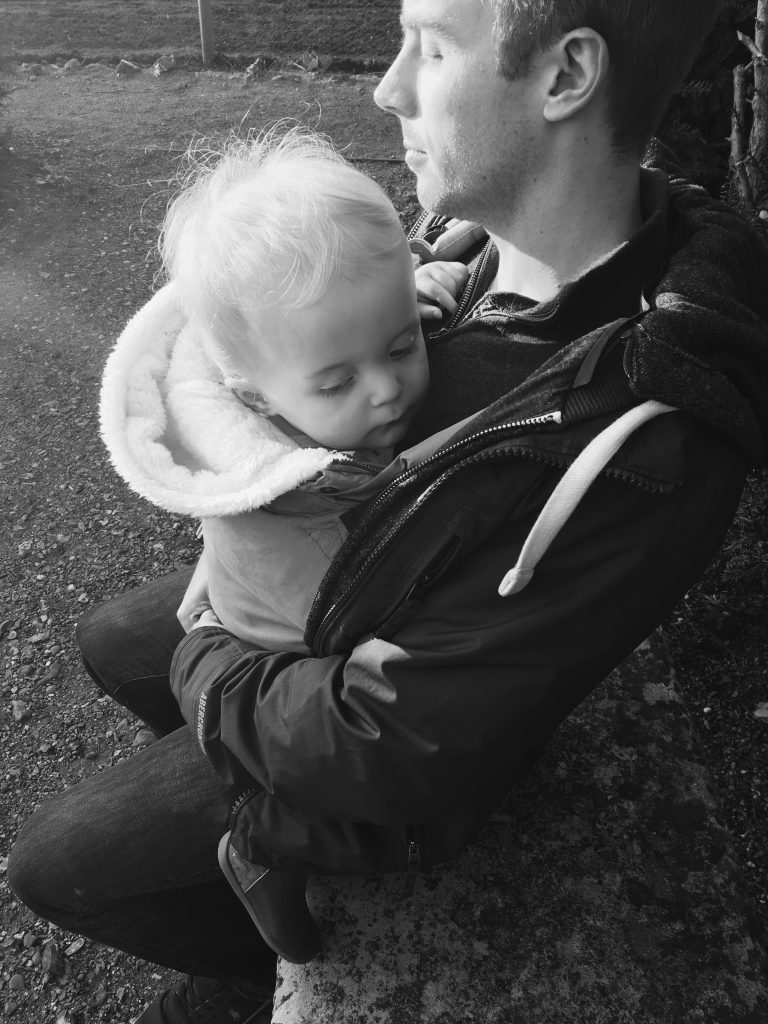 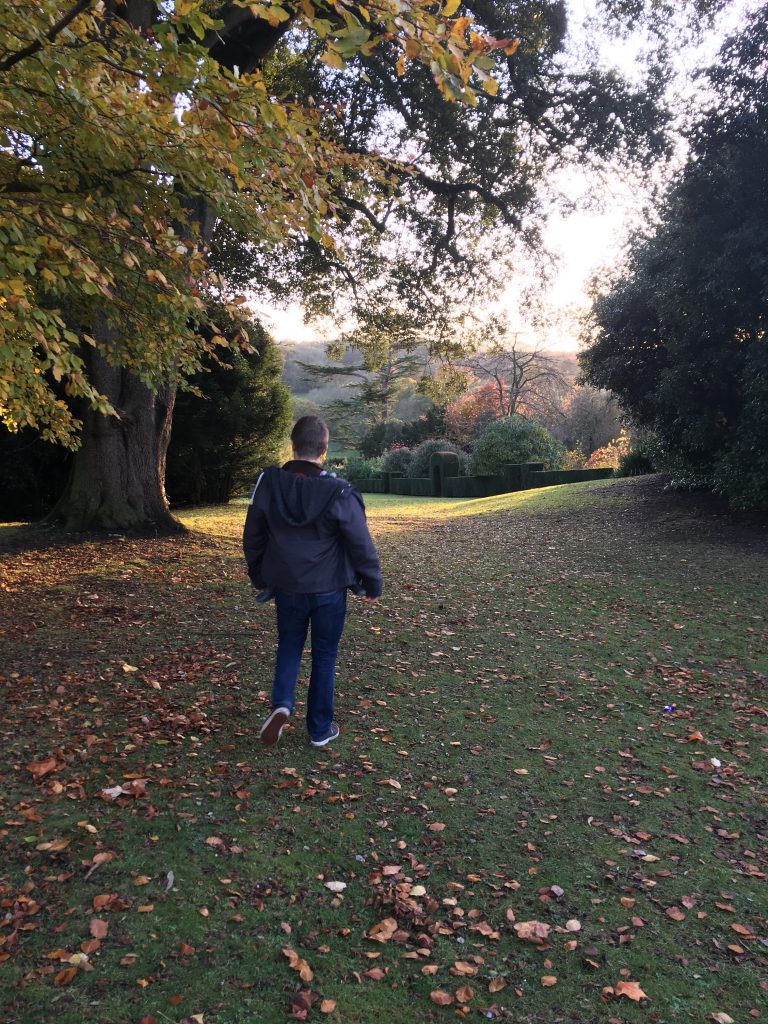 There is a play area too but it’s a little walk from the main parts of the property and we didn’t have our wellies on (we were hoping to spend more time in the house). Certainly though we will be taking a look at that next time. It was great getting about with the Tula Toddler, although we did see plenty of families pushing strollers/prams around so if you wanted you could definitely do that too. One downside was that they had wrapped up the statues for winter, they had done this tastefully with white material and white tape but it was a shame. I can understand why though, to preserve them but It did definitely felt like the venue was somewhat like the plants in a dormant phase, preparing for the winter and that if we wanted to see it in it’s best light we would have to come again (which we will be! Look out for the Christmas 1930’s makeover blog post that I will be doing once we visit in December). 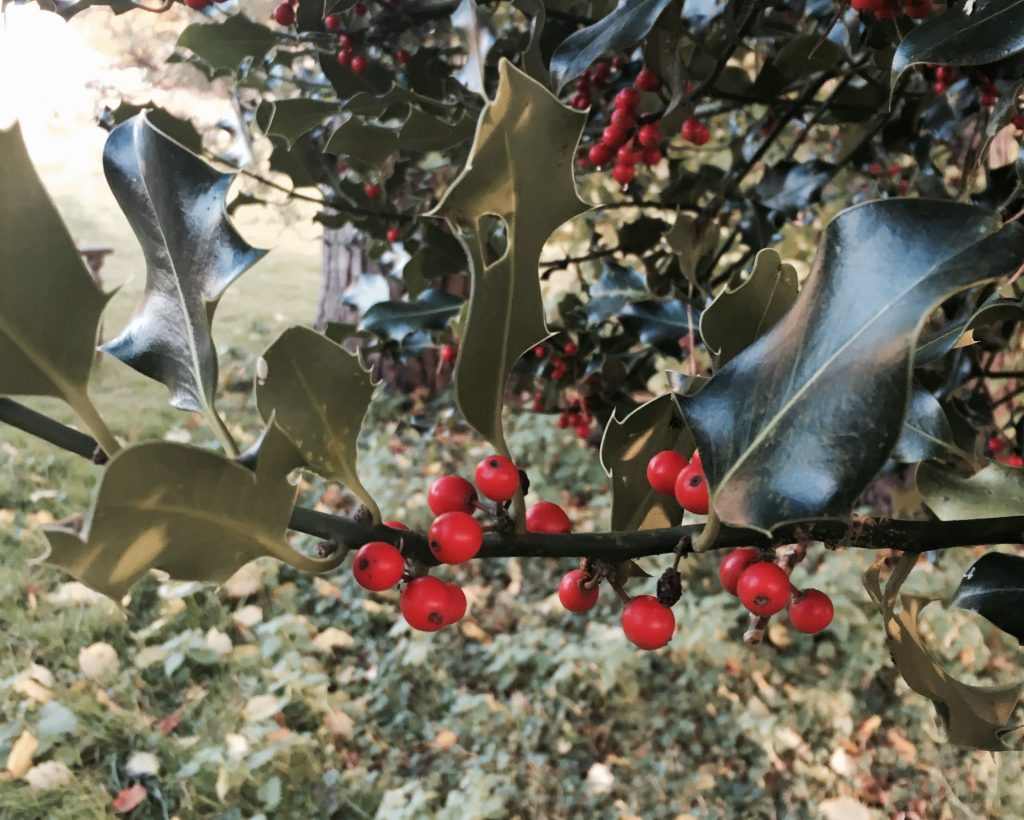 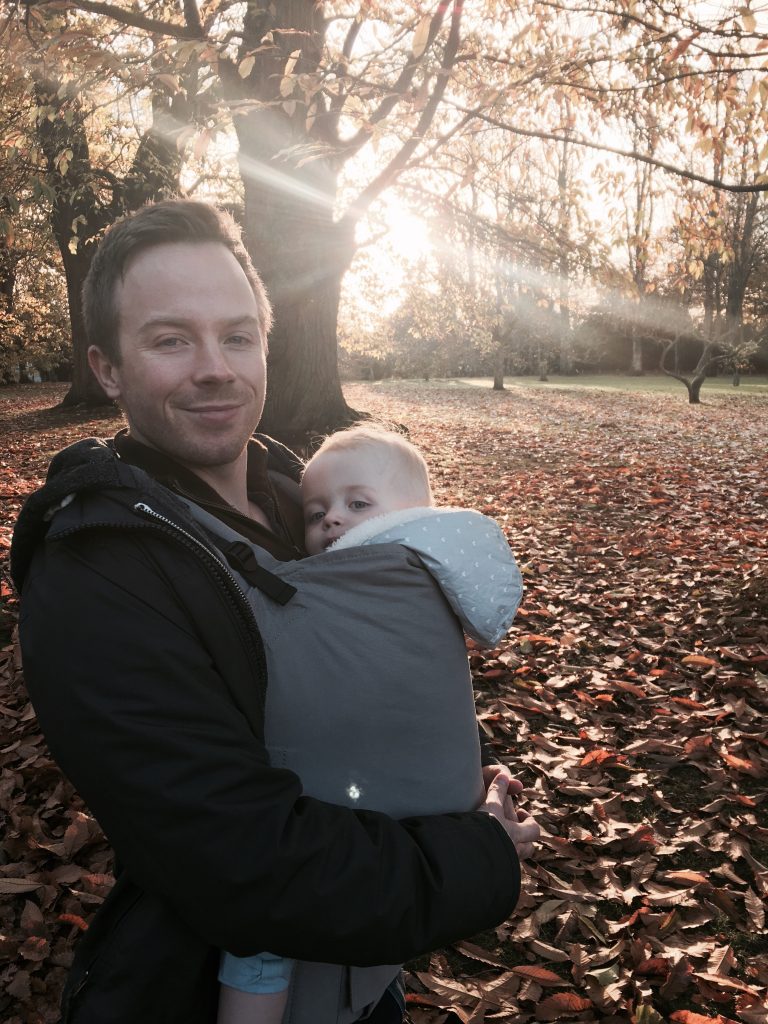 After a little walk around to see the chickens and stomp around the grounds we decided to head back so that I could make dinner ready for Ariella. She always eats at 5-5:30pm and predictably in the car on the way home she was having a few grumbling moments about us daring to allow her stomach to remain empty.  This evening we all had Paneer Butter Masala which is a very mild creamy curry, I have been making this dish since long before Ariella was born. My first taste of paneer was actually during our honeymoon in the Maldives, once of the dishes offered was Butter Paneer and once home I loved it so much that I had to find a recipe. As you can see, she loved it and if you fancy trying it at home you can follow the recipe here.

Right at the end of eating Ariella decided to run her hands through her hair (Noooooooooooo) so we had to give her a bath. We don’t bathe her every night, it’s definitely not part of her routine for bed and it seems to work quite well for her skin type. But alas tonight we did! Ariella suddenly developed a phobia of the bath, completely out of no where but we’ve been able to tackle this by using her bath toys – mostly George from Peppa Pig, this along with some reasoned talk seems to get her into the bath and happy once in to stay there. It was lovely to end such a wonderful day with a long line of words from Ariella, Jamie was showing her how bubbles from the bath can be squished together in the air and float down like snow. Alongside this saying “Ready, steady, go!” and Ariella copied every word completely and fully. 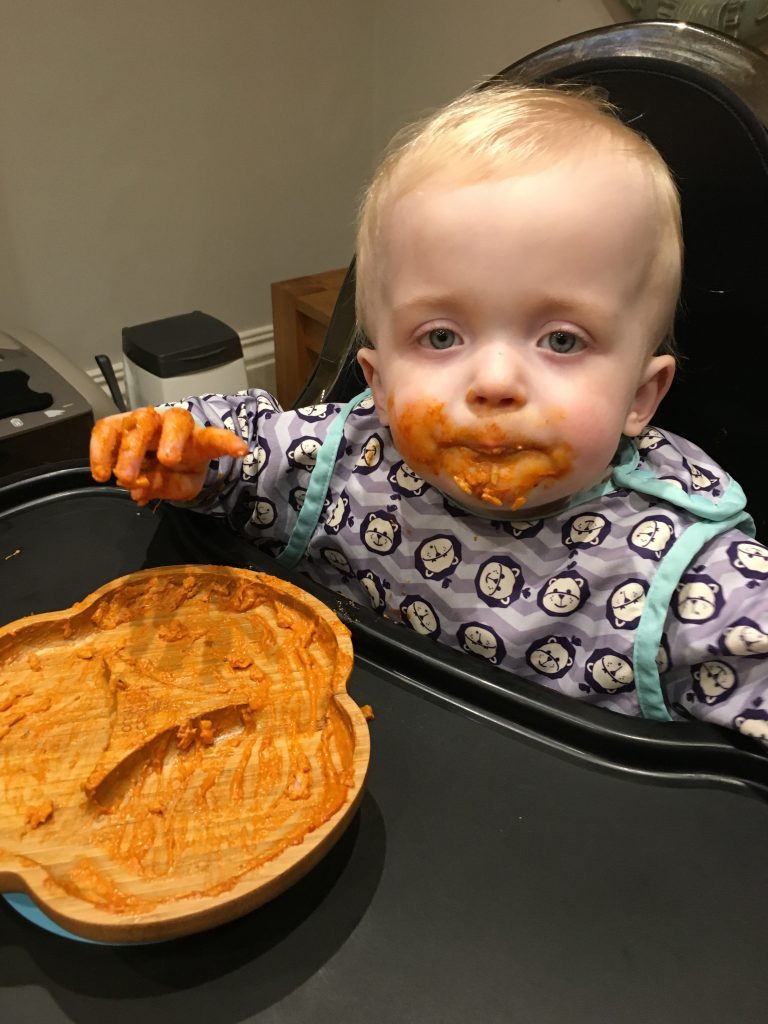 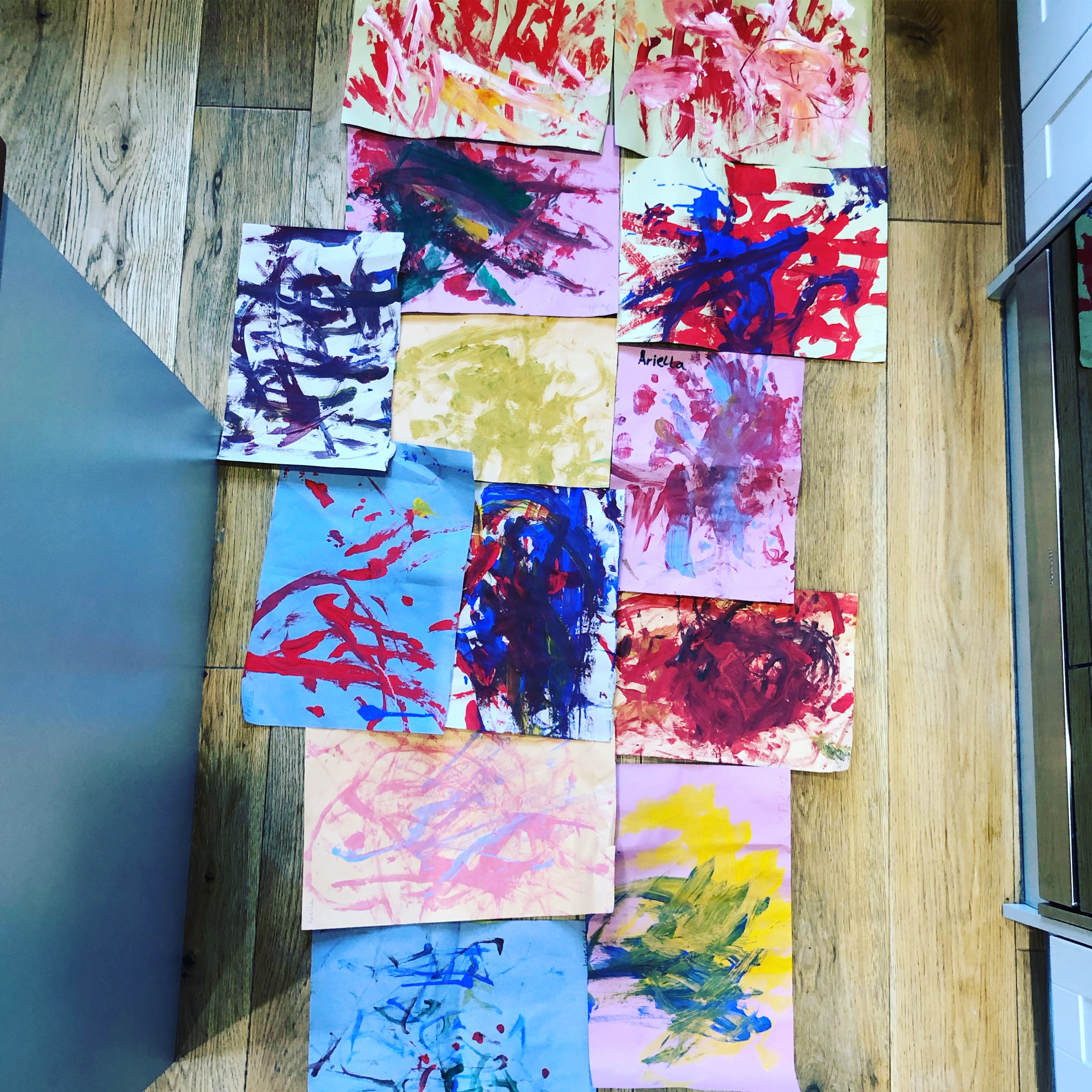 Autistic Spectrum Disorder and you