We all have favourite time of the year, some love the summer or the spring and some of us enjoy Autumn or Winter – perhaps both. I have two times of the year that I enjoy the most, two eventful days that I adore the run up to (well I suppose one is actually more like a week). Halloween/Bonfire night and Christmas, I bundle Halloween and Bonfire night together because they really are so close, they go hand in hand. It’s not just the actual day itself but all the festivities and food that really make me love the nights getting darker. Last year we stayed home, pretty unintentionally as I had purchased some baby ear defenders for Ariella from Baby Banz of Amazon and I was all set to go. 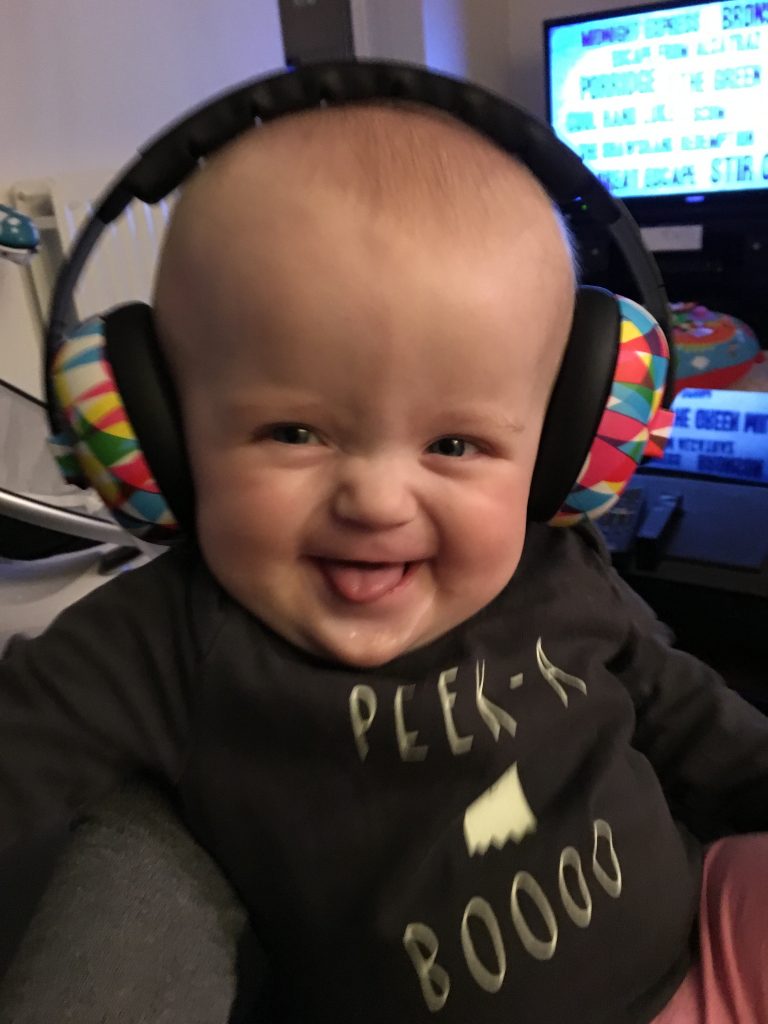 Then our plans dropped out due to our friends daughter being unwell and we would have been going alone, it was dark and cold – Ariella was much younger then and we ditched it in to watch them instead from the window in the warm. Now that I think about it, we even missed them the year prior while we were living in London – Canary Wharf. I was pregnant and did not fancy going out, waddling around the London crowds when we had such a great view of the fireworks from our apartment.

This year however, there was no backing out. Even if we were going alone it was happening, the tickets were booked ahead of time and Godalming were doing a torch little procession – of which we had a touch booked too. I can’t tell you how many times in my life I have dreamt of being part of a town that gets to hold a flaming touch and walk it through the high street, the only downer was that the bonfire at the end was binned off this year. Health and safety of all things, I’d hope that next year this might be rectified with a few volunteer stewards and the like. Apparently people like to lit up the bonfires ahead of time, vandals I guess. Personally I can’t see why anyone would want to ruin the fun ahead of the event, but I am getting old now -ha-.

We heading off around 6:30pm to pickup our torch, the firework display wasn’t until 8:00pm and I had wondered how the time would pass between those two points. It was a pointless thing to be concerned about, Ariella cocooned nicely into the Tula Toddler carrier was completely dazzled by the light up gizmos on display and glow sticks. 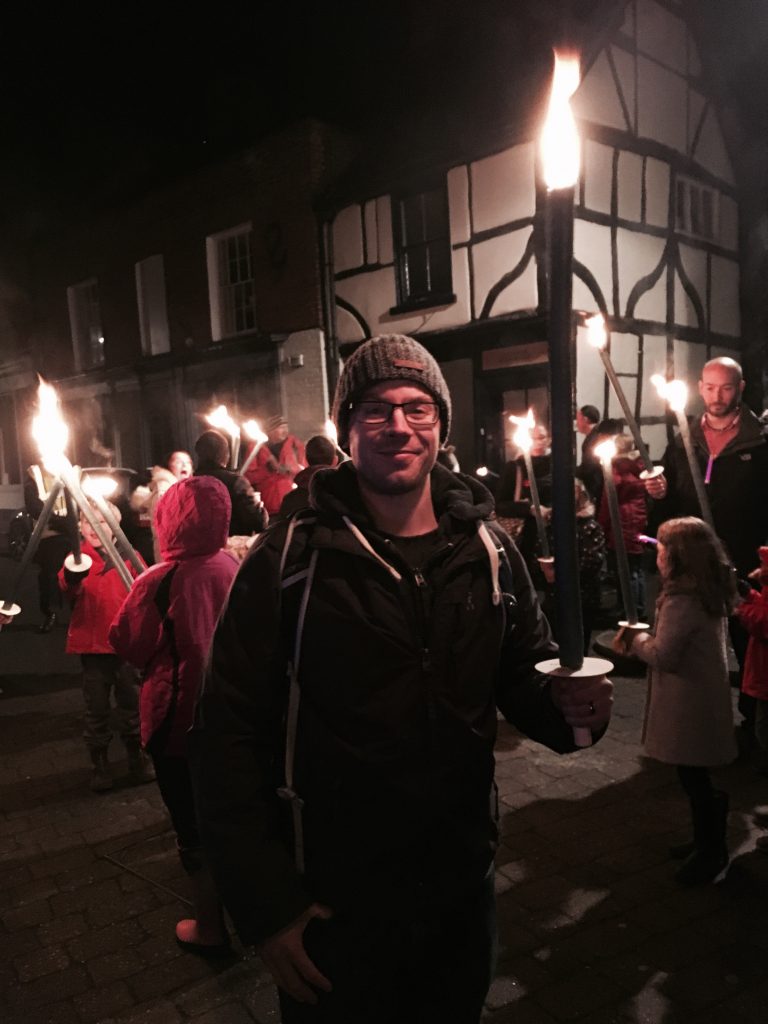 Alongside this a band played, she was well catered for. We stood for quite a while before everyone set off and torches were lit around 45 minutes later. I hadn’t really comprehended the impact of so many townsfolk carrying flames down such a historic high street would have. The band played a matching tune the whole way to the firework field and many members of the public had come to watch the torch lit procession,  great sense of community. 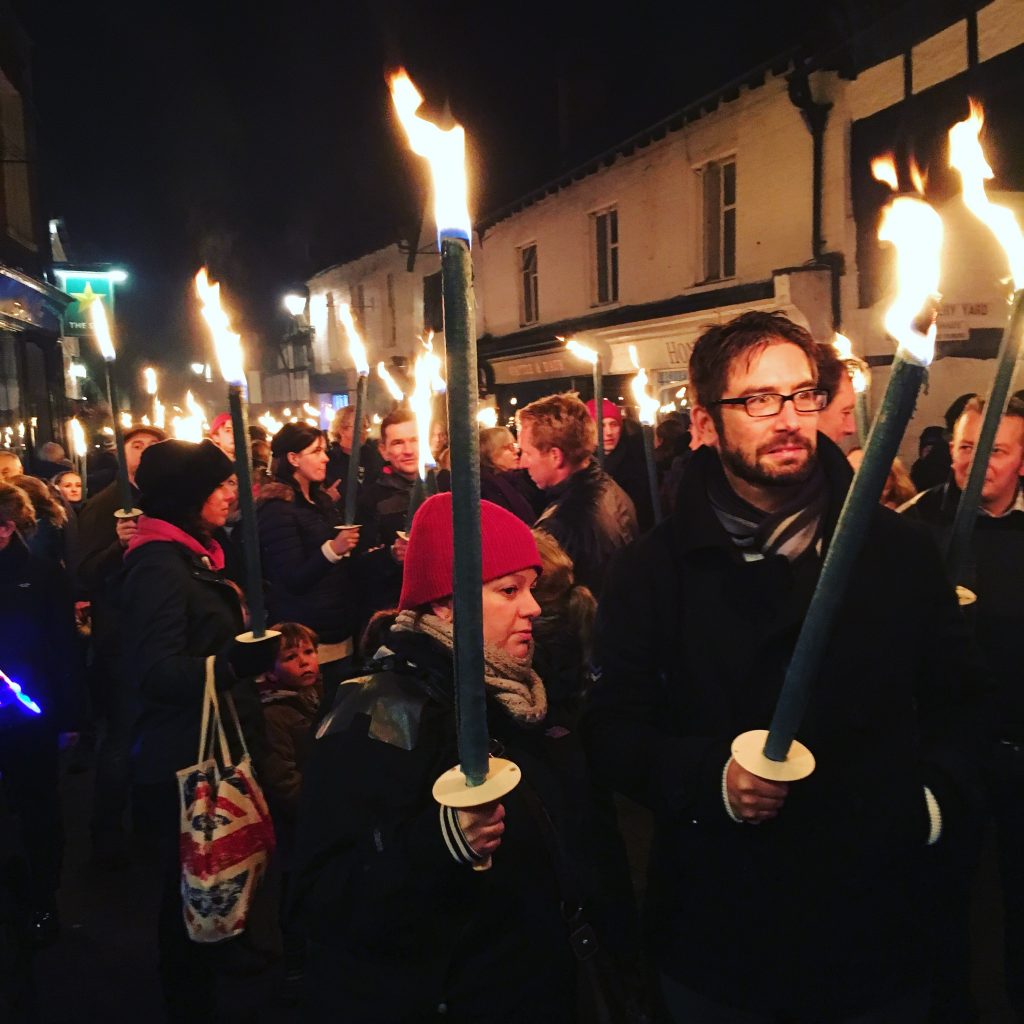 Once we arrived at the firework display area Ariella’s attention was drawn to the carousel wheels and bouncing harness attractions for children. This again was the perfect distraction as by now we were well past her normal bed time (6:30/7pm). 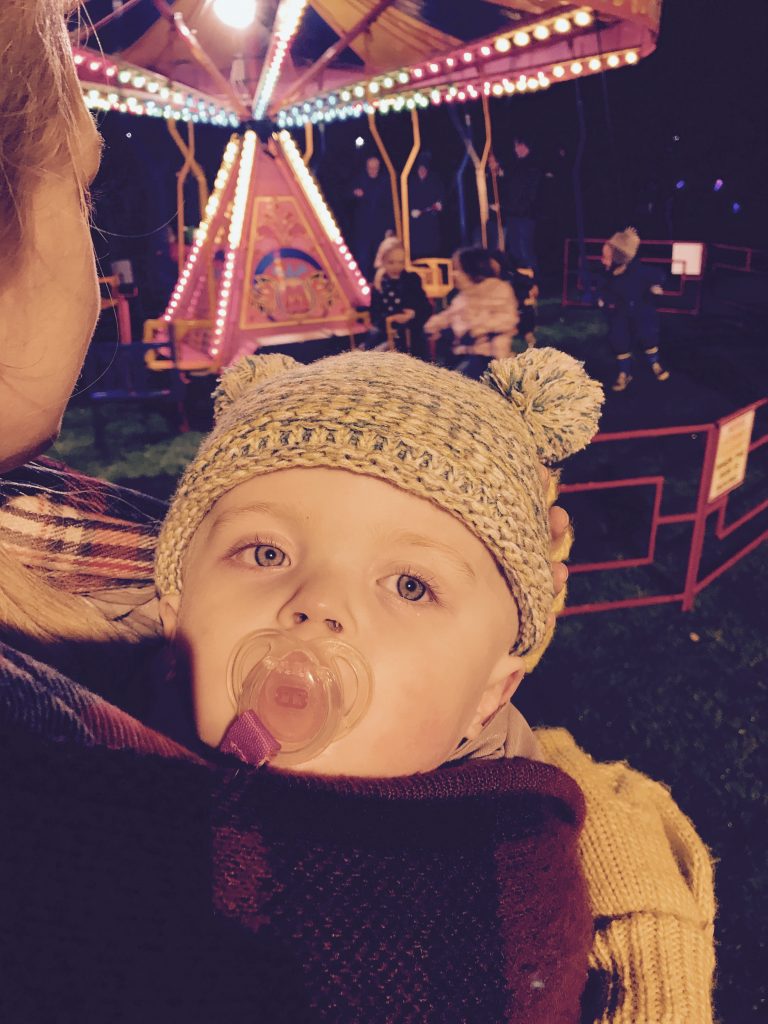 The firework display popped into action after a little speech by the mayor, thanking everyone whom had a hand in arranging the event this year. The display was immense! It had been a long time since we had been to a display, mostly smaller displays at our families homes or watching from a distance in London. They played a variety of music alongside and even had a couple of sections with children’s favourite movies and low bang fireworks mixed in. 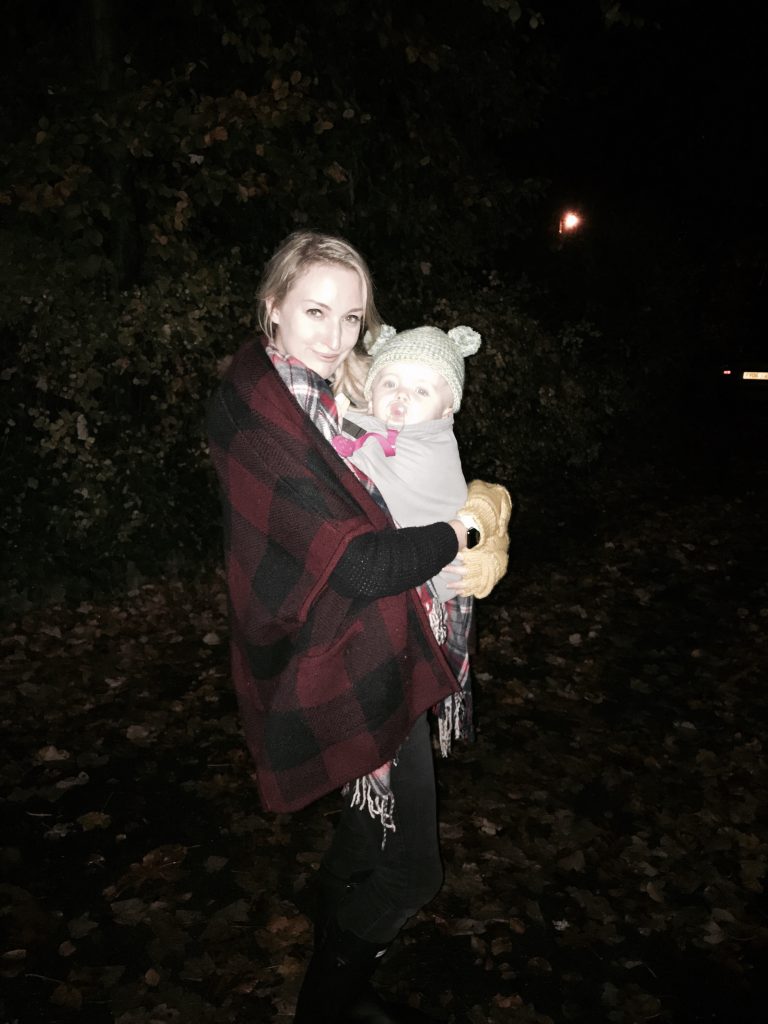 We weren’t sure at all how Ariella would respond, she is usually quite particular about certain sounds and is quite wary of new things. However it seems fireworks are a complete exception, she was completely mesmerised by the light show. I kept my mitted hands over her ears but half way through she demanded I remove them so she could listen properly.

It reminded me much of days gone when she was younger and the wide eyed look they have when they experience something for the first time, something truly amazing.

Before long the show had ended, there were different stalls setup if you fancied a burger. I’m not a huge fan of waiting in line with Ariella as lately she has taken to having a bit of a meltdown about this. So instead we had our eyes on the Fish and Chip shop – Deep Blue – on the high street. Making a quick exit we managed to get in just as a huge queue of people turned up behind us. By this time Ariella was now -very- tired, safe to say she fell asleep pretty quickly once home.

I was so pleased we decided to take her, we weren’t alone. There were many children the same as Ariella who were up past their bedtimes. We will definitely be going next year again and hope that perhaps the bonfire is reinstated (you can see it below in 2015). 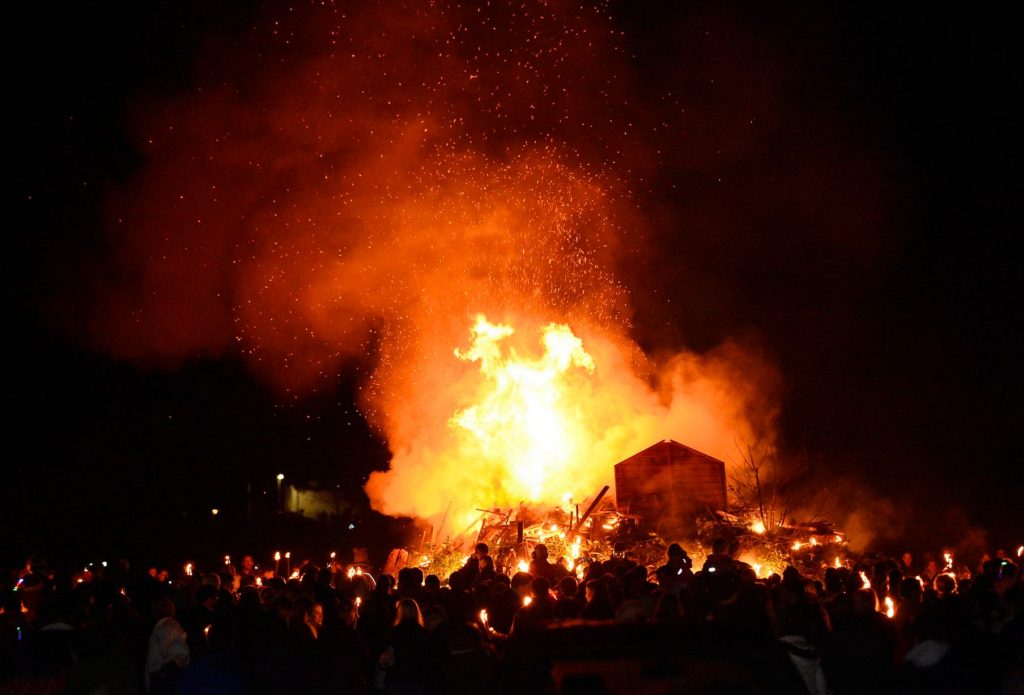 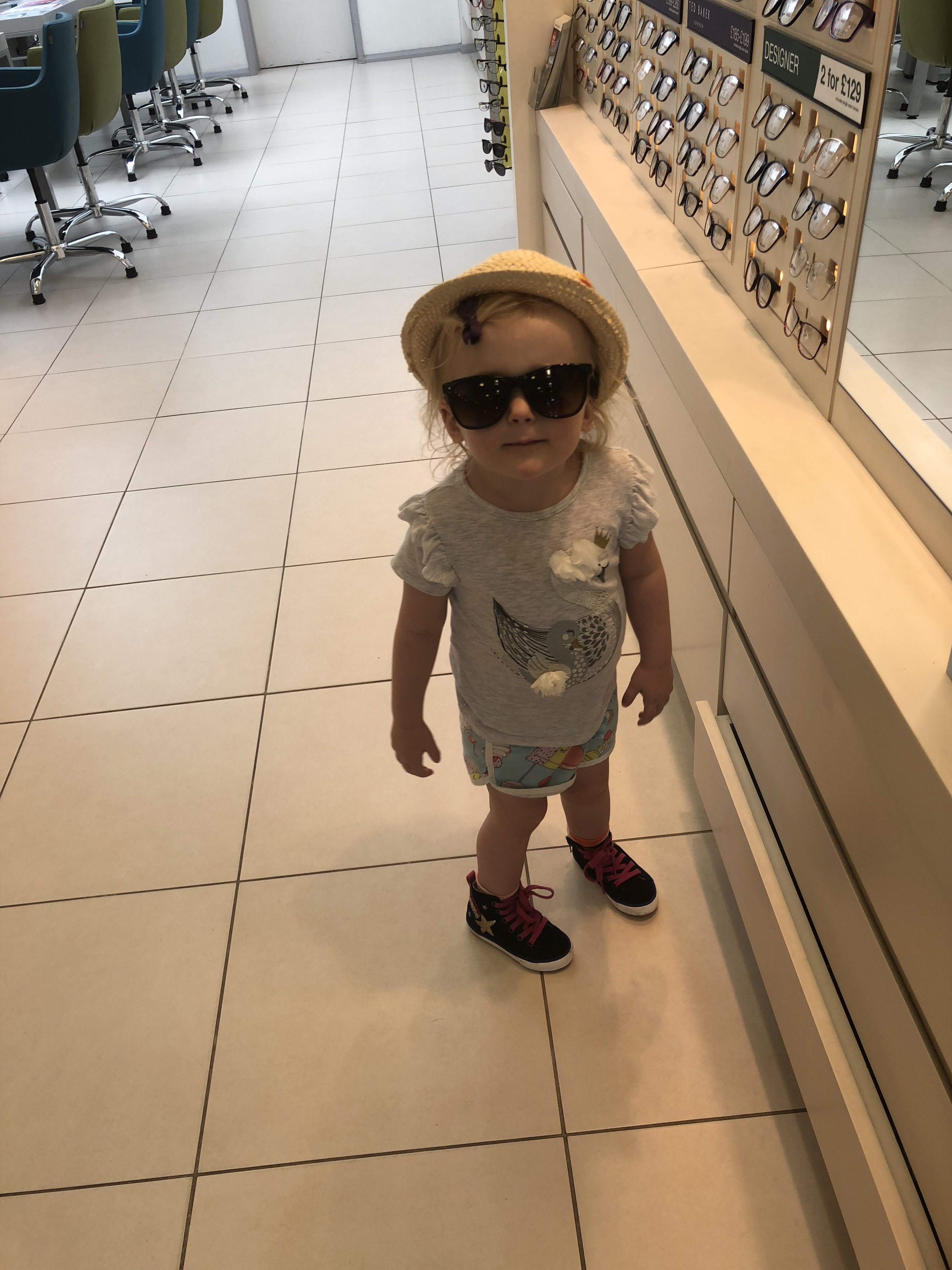